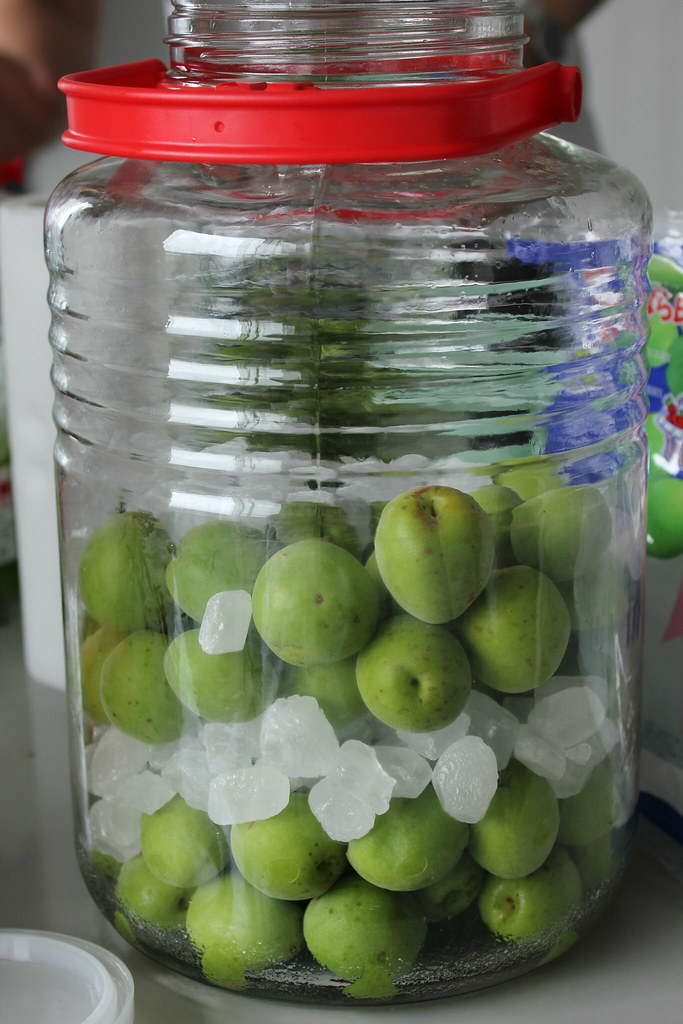 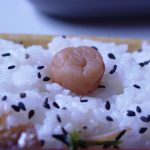 If you live in Japan, you have almost certainly tried, or at least seen, “ume.” These hard, reddish, berry-like and squishy looking pale prune-like plums on a plate, or seen one or garnishing a bowl of rice. Ume, or “prunus mume,” in Japanese ume, is actually an apricot but is still nearly always referred to as a plum. You can’t eat these plums raw as they contain a small amount of poison, besides being really, really sour.

Originating in China, ume are found throughout East Asia, their popularity only bolstered by their reported medicinal role in fostering or fortifying your health. Ume can be eaten as a dried salty pickled plum or pickled with shiso leaves, both options are known as “umeboshi.” You can also steep them in vinegar to make umezu, or steep them in a base liquor to make a plum liquor called umeshu.

Umeshu is sweet, fruity, and tangy and can be enjoyed straight up, over ice, or with soda. A balance between the ume extract and alcohol is achieved by aging the whole fruit, with the stone still inside. The delicious tang of umeshu comes from the citric acid in the fruit, and the refreshing flavor stimulates the appetite. Umeshu also contains malic and succinic acids which aid in metabolic processes and converting other nutrients in the digestive system.

You might enjoy umeshu as an aperitif or digestif at restaurants and people make their own umeshu at home. Homebrewing, Japanese style! Seriously though, many stores and supermarkets sell DIY umeshu kits around June, which is ume harvest season. Umeshu was first referenced in an early culinary book published in 1697 called Honchoshokkan.  Umeshu has a long history, and plays an important role in Japanese drinking and food culture, to this day. Refresh yourself by enjoying a glass of Umeshu when feeling tired.

I remember my mother-in-law made it every year and drank it on a daily basis. In making this the liquor used can be anything, but generally, a white liquor is used, like shochu, vodka, or brandy.

This sweet, fruity liquor is super easy to make, requires few ingredients, and when it’s ready to drink, you can eat the plums! Try it neat, over ice, or diluted with soda. Rock sugar is used because it dissolves more slowly than table sugar, and it flavors the alcohol more proportionally. 1.75-liter plastic bottles are available at most supermarkets in Japan in early summer or online markets. Shochu should be 35% alcohol, but if you can’t, 24% of alcohol is okay. If you can’t find shochu, vodka is fine to use. It just has to be a flavorless, distilled alcoholic beverage.