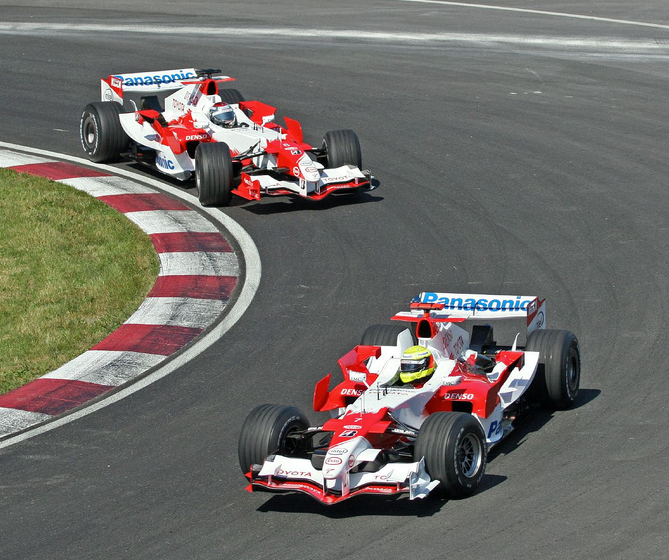 Aichi Prefecture is well known for manufacturing, but there is one company that stands head and shoulders above the rest. The Toyota Motoring Corporation that sprang up from the Aichi city that now bears its name is (by some metrics) the largest automobile producer in the world, and without it, Aichi would most definitely be a very different place.

Although Toyota is now known worldwide for its automotive production, the company has its origins in fabric production. After developing looms since the 1890s, inventor and industrialist Sakichi Toyoda invented the Toyoda Type G Automatic Loom in 1924. With this as his centerpiece, Toyoda established Toyoda Automatic Loom Works in 1926. 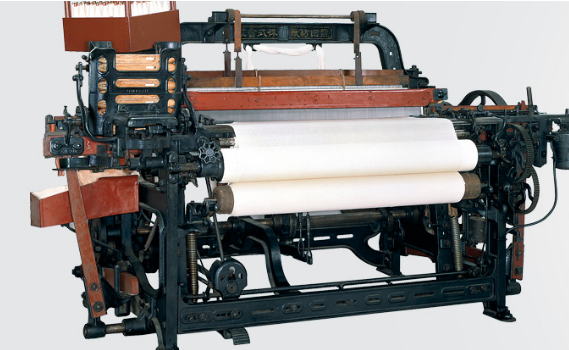 The company soon grew, and the development of his jidoka principal (autonomous operation), the forerunner of the Toyota Production System, earned him the titles “the King of Japanese Inventors” and “Father of the Japanese Industrial Revolution.”

This expansion saw international acclaim for both the Toyoda principals and its manufacturing, and in 1929 the patent for the Type G Automatic Loom was sold to British company Platt Brothers, generating the starting capital for a movement into a new sector.

In 1929 Kiichiro Toyoda, son of Sakichi, traveled to Europe and the United States to research automobile production, which he followed up in 1930 with studies into gasoline-powered engines. Around the same time, the Japanese government, due to the demands of war with China, encouraged Toyoda Automatic Loom Works to build automobiles to aid the war effort.

Using the proceeds of the Model G patent sale, Toyoda began developing automobiles in 1933, and two years later the first prototypes; the A1 passenger car and the G1 truck – were manufactured. These were followed in 1935 by Toyoda’s first passenger car, the Model AA, going on sale for a price that undercut Ford and GM by 400 JPY. The Toyota Motor Company was established as an independent company in 1937, the change of name coming about as the katakana alphabet spelling of Toyota (トヨタ) takes eight strokes to write (as opposed to Toyoda,トヨダ, which takes ten). The significance of this being that the number ‘eight’ is considered lucky in many Asian cultures, as well as having a ‘cleaner’ sound to the Japanese ear. In addition, with the word toyoda literally meaning “fertile rice paddies,” the name change removed the association with traditional agriculture, lending it a bright, new modernity.

During the Pacific war, Toyota almost exclusively manufactured automobiles, trucks in particular, for the Japanese government’s war efforts. As a result, the Toyota factories were scheduled for bombing targets by Allied aerial attacks; however, the war drew to a conclusion before the strikes took place.

While Toyota escaped annihilation at the hands of bombers, the immediate post-war era was a time beset with difficulties for the company. Although at the end of 1945 the U.S. military gave Toyota permission to begin peacetime production, a result of which saw the unveiling of the new, smaller vehicle, the Toyopet model SA, with Japan facing severe financial hardship and the company plagued by regular strikes and union action, Toyota twice flirted with bankruptcy. As the scapegoat for many of these problems, Kiichiro Toyoda resigned from the company he developed in 1950 and died two years later. He was succeeded by Taizo Ishida, the chief executive of the Toyoda Automatic Loom company, and the company’s fortunes were almost immediately revived as America entered the Korean war and ordered over 5,000 vehicles for their military. Ishida cleverly saw this as an opportunity to invest in manufacturing infrastructure, building a new plant, something that would give them a decisive upper-hand over their primary competitor, Nissan, in the years to come.

Toyota eventually branched out into the American market, opening a Hollywood headquarters in 1957. The first Toyotas to go on sale were the Land Cruiser and the Toyopet Crown. Neither, however, made much of an impression on the American people, with the latter singularly unattractive as its name brought to mind associations with pets and toys, a difficult sell in the nation of Cadillacs and Mustangs. Consequently, the company turned its focus to the creation of a car that was designed especially for the American market, resulting in the introduction of the Avalon and Camry, though the Corona, with its 90 horsepower engine and significant passenger room, was to become the first truly Americanized Toyota. By 1967, Toyota had become an established brand in the U.S.

In the same year as Toyota arrived in the US, divisions in Brazil were opened, followed in the 1960s by research and development facilities in Thailand. In 1963 a plant in Melbourne, Australia built the first Toyota outside of Japan, and for the next two years, Australia was Toyota’s biggest export market. At the same time, importer Erla Auto Import A/S of Denmark struck an agreement to become the distributor for Denmark, Norway, and Sweden with the Netherlands following soon after, establishing Toyota across northern Europe.

Throughout the 1970s, Toyota went from strength to strength, growing its market share over a broad scope of automotive industries. However, the oil crisis of 1973 saw consumers of the American market turn to more compact, fuel-efficient vehicles, and with Toyota slow to make the change to front-wheel drive automobiles; the Nissan Sunny overtook the Toyota Corolla in the number of cars built. Despite this setback, in the 1980s, the Corolla was one of the best-selling vehicles in the world 1989 saw Toyota move into the luxury car market, with the launch of their Lexus division, followed by full-sized pickups the T100 and the Tundra, SUVs, and upgrades of their sports vehicles.

In 2005 Toyota ranked eighth on Forbes Global 2000 list of the world’s leading companies and was ranked number one in global automobile sales for the first quarter of 2008. Today, Toyota regularly tops lists of worldwide automobiles produced, and regularly vies with Volkswagon for the title of the most valuable automotive company.

Perhaps the greatest influence that Toyota has had on the modern era of automobiles is the Prius, a full hybrid electric car that first went on sale in Japan in 1997, making it the first mass-produced hybrid vehicle. Subsequently introduced worldwide in 2000, the Prius is sold in over 90 markets, reached the 1 million vehicle mark in May 2008, and totaled global cumulative sales of 6.1 million units in January 2017.

In November 2015, the company announced that it would invest US$1 billion over the next 5 years into artificial intelligence and robotics research, and is currently one of the leading automotive developers in this area.

Toyota has long been a major influence on Aichi Prefecture. In Japan’s industrial age, Toyoda/Toyota was a key employer in the area, with textile manufacturing in both Nagoya and Komoro. Local legend has it (though little factual corroboration can be found) that the reason for Nagoya being rebuilt with wide, spacious roads following the destruction of the Allied bombings was at the behest of Toyota so that their cars would have more room to be driven.

In 1959, the Aichi city of Komoro, where the primary plant was situated, changed its name to Toyota due to the fame and economic importance of its major employer, fittingly becoming a sister city with Detroit a year later. And Aichi’s large Brazilian contingent owes much to the requirements of the company’s manufacturing plants needing greater numbers of workers during the bubble years.

As a symbol of Japan’s manufacturing prowess, Toyota’s international strength is of great pride to many Japanese, and it started right here, in Aichi.

If you are at all interested in Toyota, cars, or just local history, check out these great museums and tours: