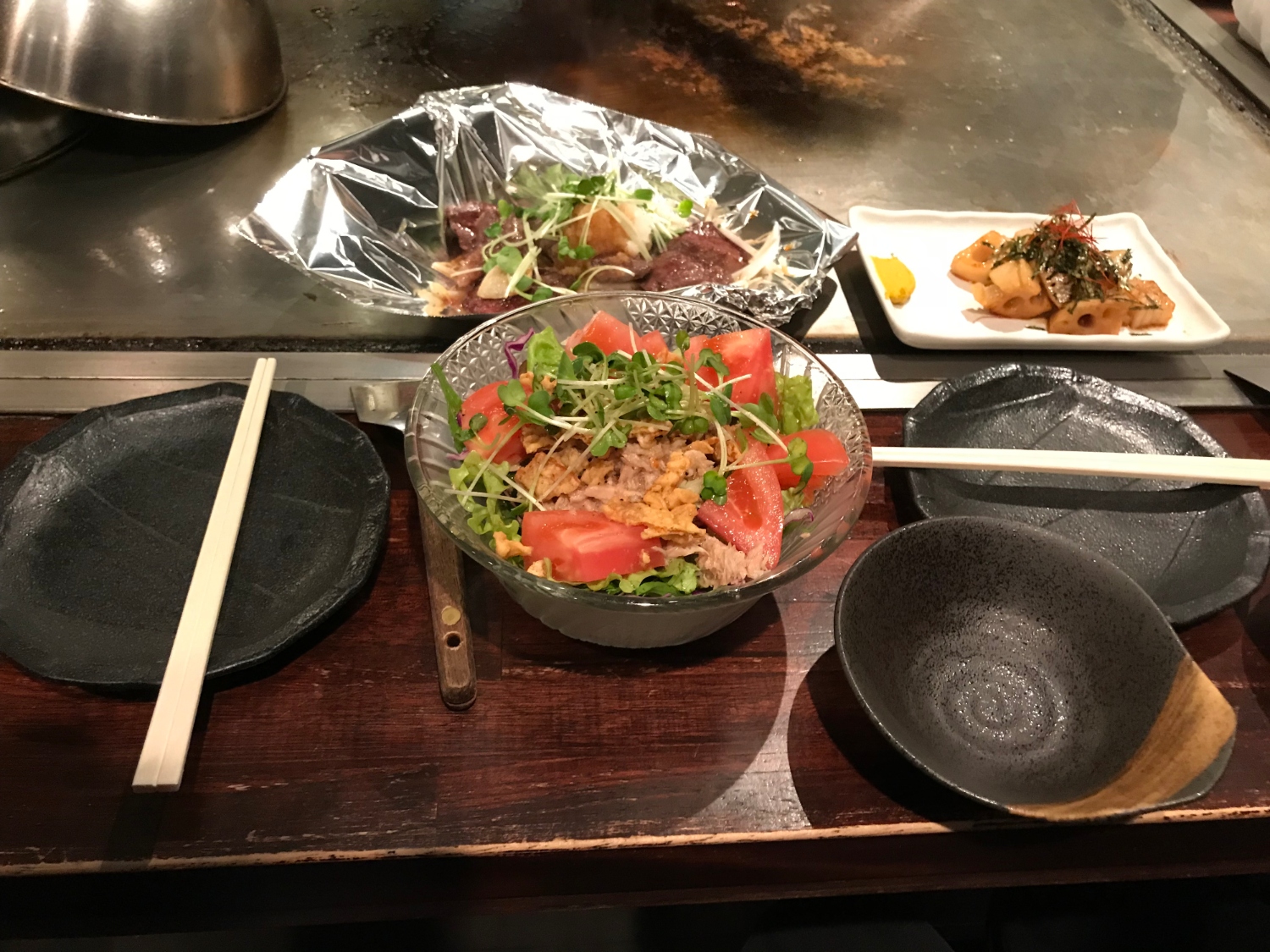 Teppanyaki is a post–World War II-style of Japanese cuisine that uses an iron griddle to cook food. The word teppanyaki is derived from teppan, which is the metal plate on which it is cooked, and yaki, which means grilled, broiled, or pan-fried. In Japan, teppanyaki refers to dishes cooked using a teppan, including steak, shrimp, okonomiyaki, yakisoba, and monjayaki. Teppanyaki restaurants are increasingly popular around the world and very popular in Japan.

Outside Japan, the phrase “hibachi-style” is occasionally heard referring to what is teppanyaki cooking. For the record, traditionally, hibachi is called “shichirin” in Japanese and is often a self-cooking experience much like yakiniku is, has a charcoal or gas flame and is cooked with an open grate design or a cylindrical, or a box-shaped, open-topped container. By contrast, teppanyaki grilling involves typically uses a propane-heated iron griddle with a flat, solid surface to prepare food in restaurants in front of guests.

Teppanyaki is an iconic Japanese style of cuisine in which the chef and the diner enter into a culinary interpersonal relationship. The chef takes the yaki (grilled or broiled food) orders from the diner, prepares the food for the diner on the teppan (iron plate), and serves the diner on-the-spot. The chef is the star, along with the restaurant’s atmosphere, the service staff, and other patrons who often share the seating around the iron griddle table.

Side dishes of mung bean sprouts, zucchini (courgettes) (though this is not a popular vegetable in Japan and rarely found in that market), garlic chips (crisps), or fried rice usually accompany the meal. Some restaurants provide sauces in which to dip the food. In Japan, only soy sauce is typically offered.

There are several teppanyaki restaurants in Hiroshima, and you’re never going to be disappointed, and remember that discovery is sometimes half the enjoyment, but here are a few recommendations to start you off. 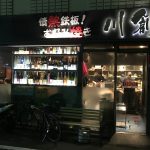 The top three, arguably, are Atago in the ANA Crowne Plaza, Miyabitei located in the Grand Sheraton Hiroshima in the city next to JR Hiroshima Station, Sakon Main Branch in Nagarekawa. All are upscale restaurants and priced accordingly. Teppanyaki Donkoto is also more on the elegant side but priced a little more comfortable than those mentioned above. It’s in Hatchbori, a couple of minutes walk from the tram stop: head up the Hakushima tram line and left at the second street and it’s there immediately on your right.

However, if you’re looking for something bit more grounded and easier on the pocket, my go-to is Kawaso in Shintenchi. It’s right on the corner opposite the southwest corner of Shintenchi Park (more a plaza than a park).

All photos by Author