Sushi: a Short History and Where to Get It in Hiroshima 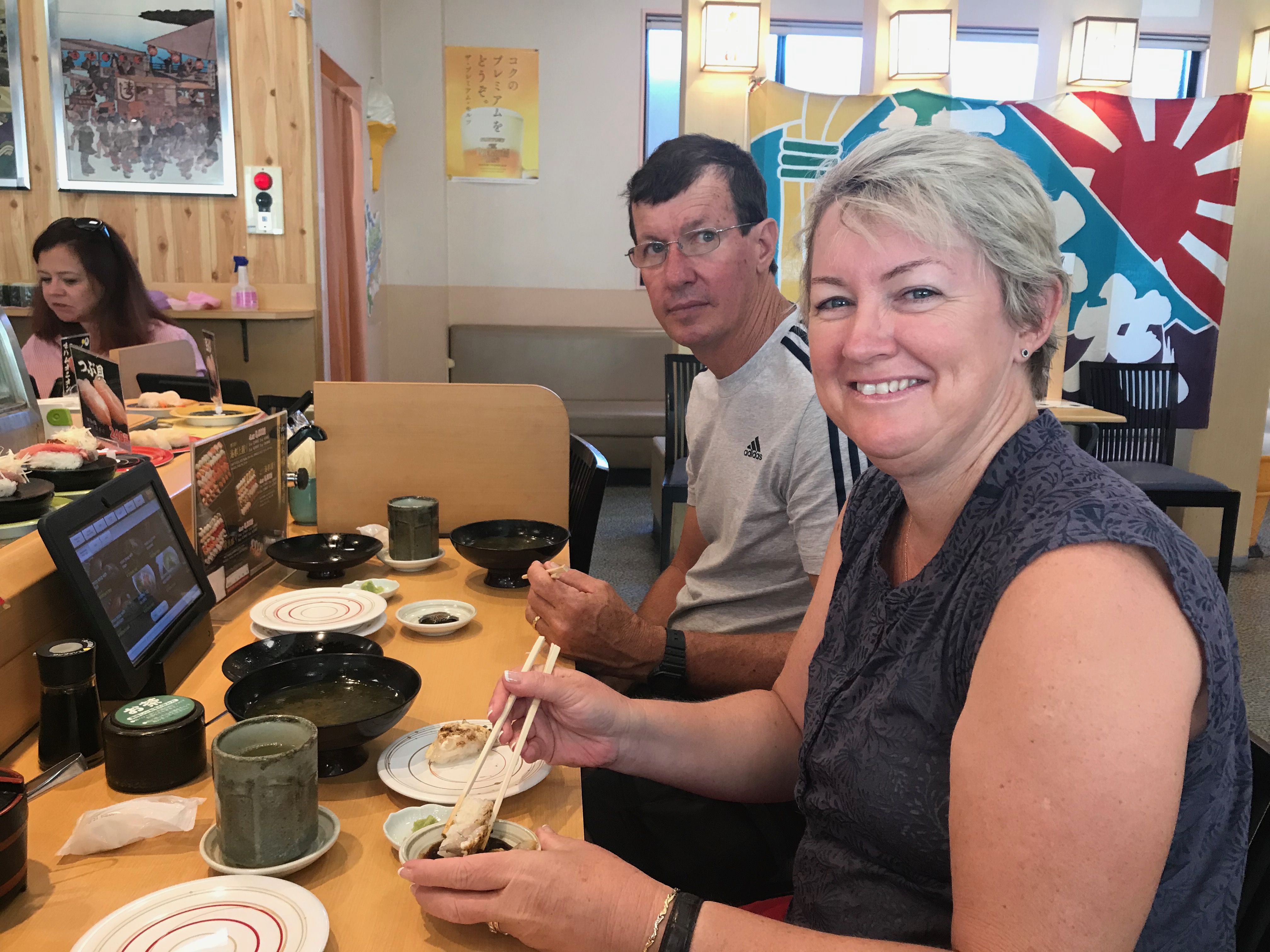 Sushi: a Short History and Where to Get It in Hiroshima

The earliest form of sushi, known today as narezushi, most likely originates in the paddy fields along the Mekong River in Southeast Asia. The prototype narezushi is made by lacto-fermenting fish with salt and rice to control putrefaction. It then spread southward. In Japan, the dish’s introduction overlaps with the introduction of wet-field rice cultivation during the Yayoi period (Neolithic through to the Iron Age / 1,000 BC – 300 AD).

Narezushi appears in China in the 2nd century CE as pickled fish with salt and rice. The earliest historical reference to sushi in Japan appeared in 718 as an example of tax paid by actual items. The Japanese preferred to eat fish with rice, semi-fermented, known as Namanare – that is, partly raw fish wrapped in rice, consumed fresh before it changed the flavor. This new way of consuming fish was no longer a form of preservation but rather a new dish in Japanese cuisine.

A third type of sushi was developed during the Edo Period (1603 – 1868), haya-zushi (fast sushi yes they were hurrying about in those days too!). The inspiration for Haya-zushi was that both rice and fish could be consumed at the same time, and the dish became unique to Japanese culture – It was the first time that rice was not used just for fermentation. Cooked rice seasoned with rice vinegar was alongside a layer of fish. The layers were compressed in a small wooden box for two hours, then sliced into serving pieces. This new method greatly reduced the preparation time for sushi.

This type of sushi is still very popular today. Each region utilizes local flavors producing a variety of sushi that has been passed down for generations – but thanks to a Japanese entrepreneur, that process was about to get even faster. 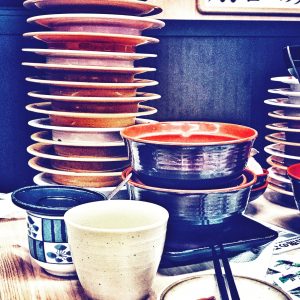 In the 1820s, a man named Hanaya Yohei. Yohei is often considered the creator of modern nigiri sushi, or at the very least its first great marketer. In 1824, newly arrived in Edo (Tokyo) and a bit of an entrepreneur, Yohei opened the first sushi stall near one of the few bridges that crossed the Sumida. Because of the flow of traffic, he needed to use a more modern “speed fermentation” process, adding rice vinegar and salt to freshly cooked rice and letting it sit for a few minutes, then serving the sushi in a hand-pressed fashion, topping a small ball of rice with a thin slice of raw fish, fresh from the bay. Because the fish was so fresh, there was no need to ferment or preserve it. Sushi could be made in a matter of minutes, rather than in hours or days. Yohei’s “fast food” sushi proved quite popular; the constant crowd of people coming and going across the Sumida River offered him a steady stream of customers. Nigiri became the new standard in sushi preparation.

To be continued but in the meantime, a few recommendations for sushi in Hiroshima:

Ayur is a small Japanese bistro in Hakushima with 3 or 4 tables and a counter. Classified as a sousaku-ryori or ‘creative cuisine’ restaurant, Katsu’s menu is very creative. While the core of the menu is fairly traditional Japanese home-style dishes his selection and pairing of the freshest ingredients elevate the culinary experience to giddying heights. The owner Katsu speaks excellent English, or why not order an omakase or chef’s selection for about ¥4000?

Miyabi-tei is a stylish space on the 7th Floor of the Sheraton Hotel (next to Hiroshima Station’s shinkansen exit) which features a sushi bar and also showcases some of the best other in Japanese cuisine – teppan, and kaiseki traditional multi-course meals. Being the Sheraton, they pride themselves on being able to meet the particular needs of their customers.

Location: 7th Floor of the Sheraton Hotel (next to Hiroshima Station’s shinkansen exit)

Sushi Shogun is a tachi-gui (stand and eat) high-quality sushi franchise and my go-to when I’m downtown and get peckish later in the evening. It’s located conveniently right across from the koban police box on Chuo dori – just along the road from Don Quixote. Now, while it’s a tachi-gui, this establishment does, in fact, offer counter and table seating as standard – go figure.