Soba and Udon in Hiroshima – More Than Tasty Staples 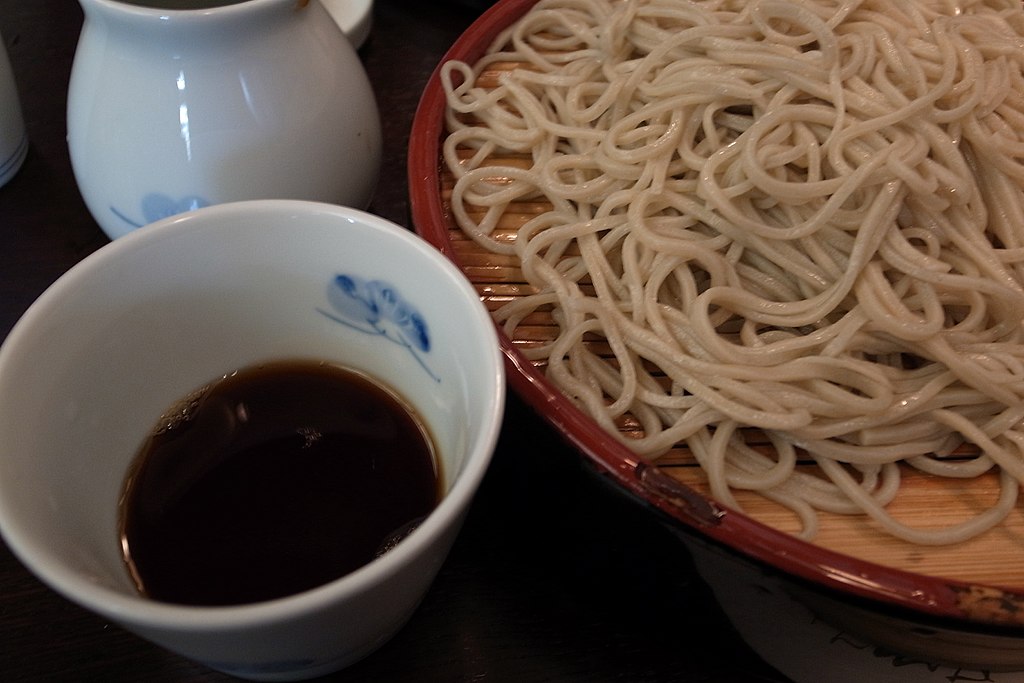 Soba and Udon in Hiroshima – More Than Tasty Staples

Along with rice, noodles are a staple of the Japanese diet and central to everyday life, from quick lunches to iconic festival dishes. There are a wide variety of noodles available in Japanese cuisine. The most commonly eaten noodles are soba and udon.  Soba uses buckwheat flour, and has a more distinct, almost “grainy” taste, while udon has more texture to it. Depending on the area they are made, there are a remarkable number of variations on these two dishes served both hot or cold.

Soba originated in China and was brought to Japan toward the end of the Jōmon period (the earliest major culture of prehistoric Japan, characterized by pottery decorated with cord-pattern [jōmon] impressions or reliefs – it coincided with the Neolithic Period in Europe). There are also records of buckwheat flour, the main ingredient in soba grown to help fight famine in the Nara period (710 to 794). Buckwheat is a highly nutritious grain, particularly rich in vitamin B. The inside of the grain is white, but if the skin is also used, the soba flour has a unique flavour and turns a greyish colour. This kind of soba flour is used to make the soba that people enjoy so widely. The buckwheat flour and water are kneaded together, rolled into thin sheets and cut into long slender noodles.

Soba is typically made with buckwheat flour with a filler, (that filler mainly being regular wheat flour), but when you find something called juwari soba (Juwari means 100%) on the menu, you can rest assured that what you are eating has been made with 100% buckwheat flour. For those that prefer a deeper flavored soba noodle, or have an allergy or sensitivity to gluten, juwari soba is the best Japanese noodle dish for you. Not only are they made from 100% buckwheat flour, but they are also chock full of vitamin B1.

You may also see noodles labeled nihachi soba (2/8 > 20/80), which means that they have been made with 20% wheat flour, 80% buckwheat flour. If it’s your first time trying soba, or you prefer something with a slightly milder taste, it may be better to eat nihachi soba instead.

Below are some of the more common varieties of soba you may come across. Note that some dishes are known under different names depending on the region.

The most basic kind of chilled soba served on a tray with a simple chilled dipping sauce (tsuyu) on the side. The dipping sauce is usually a mixture of soup stock, water, and mirin. There are historical differences between Zaru and Mori soba. but these days, the major difference is zaru soba has nori seaweed on top of the soba noodles, while mori soba does not. **This is probably my favorite Japanese dish served with tempura. Yu-um.

Served in a bowl of hot, clear broth. The broth is made of the same components as the dipping sauce for the chilled soba but in a lower concentration.

Served with tempura either on the side or on top of the noodles. There are usually three to five different kinds of tempura pieces, and the ingredients vary from shop to shop. The noodles are served either on a tray or in a soup.

Tororo is a white, sticky, paste-like cream made of grated raw naga-imo (yam). It is usually placed on top of the soba noodles or served on the side to be added to the noodles by the guest (as on the photo).

Served with cooked sansai (wild vegetables) placed on top of the noodles in the broth.

Usually refers to a broth that has leek added to it. Most times, Nanban soba has either chicken or duck in the broth as well, and the inclusion of meat is also reflected on the menu, i.e. Tori Nanban Soba (chicken) and Kamo Nanban Soba (duck).

A few recommendations for soba restaurants in Hiroshima:

1770-1 Kurosecho Munechikayanakuni, Higashihiroshima (yep, I get it – uttering the name of its location is a mouthful – pardon the pun. (map link)