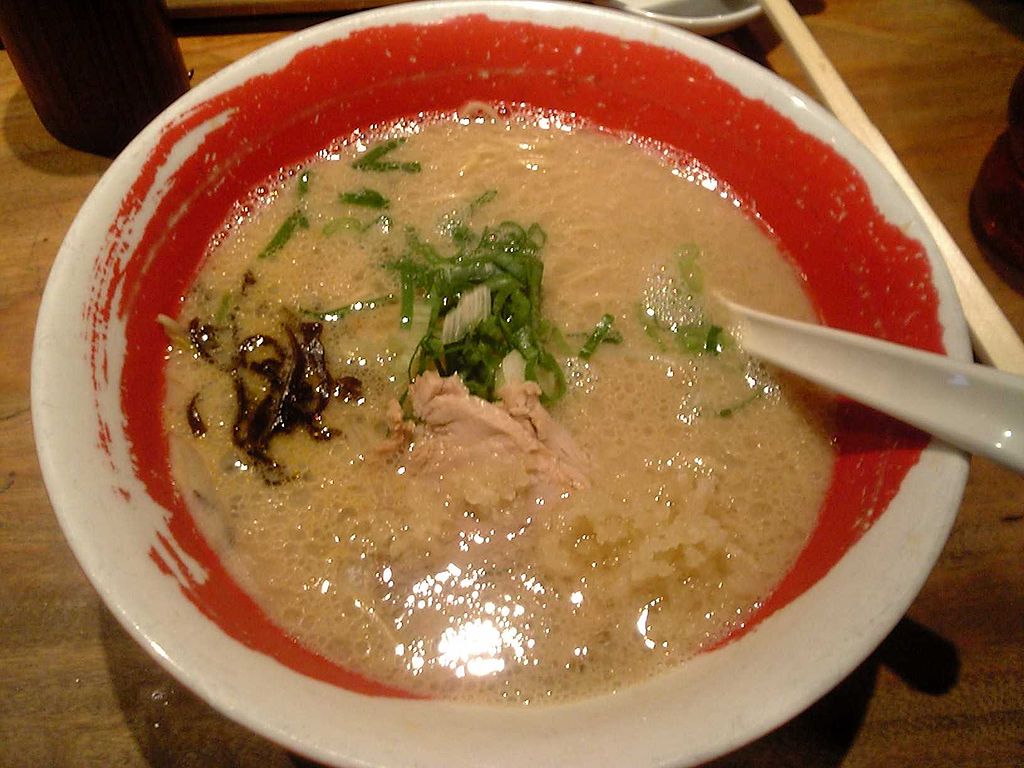 Oh the weather outside might be frightful, but a warm bowl of ramen is so delightful. With Japanese winter in full swing, the warm and delicious reasons to leave the house are even more tempting. One of those belly-warming delights is a hot bowl of ramen! Unlike some noodle dishes in Japan, ramen comes in a wide variety of options that can be overwhelming for even the most seasoned ramen-enthusiast.

Have no fear, though, we’ve put together a quick guide to dissecting common ramen distinctions and how to order them so you can courageously leave your kotatsu this winter and order a steaming bowl of noodley deliciousness.

One thing you may notice when making a visit to a ramen shop is that many ramen shops are set up with vending machines for ordering. This can be efficient, but also quite stressful if you don’t know what to look for! Here are the main categories that ramen is often divided into: shio (salt), shoyu (soy sauce), miso, and tonkotsu (pork).

Shio-flavored ramen is the oldest version of the soup with ties to the dish’s Chinese roots. Shio soups usually have a lighter broth base and are distinct by the sea salt flavor.

Shoyu bases have been popular in the central region of Japan, mostly surrounding Yokohama in the Kanto region, but they can be found and enjoyed across the country. This flavoring offers a distinctly Japanese soy sauce tanginess that pairs well with chicken, seafood, and even pork or beef-based soups.

Miso-based ramen dishes are relatively new to the ramen game, but worth a try, especially in the colder months! The heartier, thicker base pairs well with heavier and more flavorful toppings like pork belly or even sweet corn.

The options for ramen broth are either thick or thin, and this depends on which type of broth base you want.

The most widely recognized broth base is tonkotsu, which is a boiled pork bone broth. This broth is a bit thicker and is characterized by a milky golden color and pairs well with colder weather!

Other common broth bases that are on the thicker side use animal bones like chicken, beef, and seafood, and have various flavor differences from the pork version!

There is also the option to try a lighter broth, which is usually made from seaweed or dried seafood!

Though ramen connoisseurs would have you believe it’s the flavor of the base and the thickness that determines a good bowl of ramen, the toppings are perhaps the most fun!

The most popular meat topping is tender, sweet soy sauce simmered chashu pork. This meat can range from the leaner cuts of pork loin to more fatty cuts like pork belly.

Kakuni is similar to the more common chashu, but it is characterized by its red braising cooking technique and appearing in larger chunks on top of the noodles.

Bacon is also used often as a topping, and this can be sliced and added to the broth in cooking or cut up and fried for a crunchy and flavorful noodle topping.

Shredded pork comes from braised pork shoulder and is a good option for those who don’t necessarily want large chunks of pork in their soup.

Ground meat is a flavorful option to add as a topping because the meat is usually stir-fried with other seasonings and vegetables to create a unique burst of flavor.

Seafood is another popular option, especially in the winter season when fishing is at its peak. Try lightly simmered mussels, scallops, crab, or shrimp on top of your lighter broth base for a wintery delight!

Eggs are a popular topping for ramen dishes all across Japan. Choose from traditional soft boiled (hanjuku) or soy sauce marinated soft-boiled for more tang (ajitsuke tamago), or even the more custardy and flavorful onsen tamago that are cooked in Japan’s natural hot springs.

Fresh veggies like scallions, cabbage, corn, spinach, and enoki mushrooms are common across Japan to add some extra flavor and a fresh crunch to your bowl.

You could also try out some stir-fried vegetables that usually include carrots, onions, and bean sprouts and pair well with miso ramen.

For extra crunch, you could try some wood-ear mushrooms that have been rehydrated and sliced as common ramen toppings.

It is also increasingly common to see a few sheets of seaweed (nori) placed on top of your bowl for a salty punch of sea-like flavor.

By The original uploader was Hykw-a4 at Japanese Wikipedia (Transferred from ja.wikipedia to Commons.) [GFDL or CC-BY-SA-3.0], via Wikimedia Commons