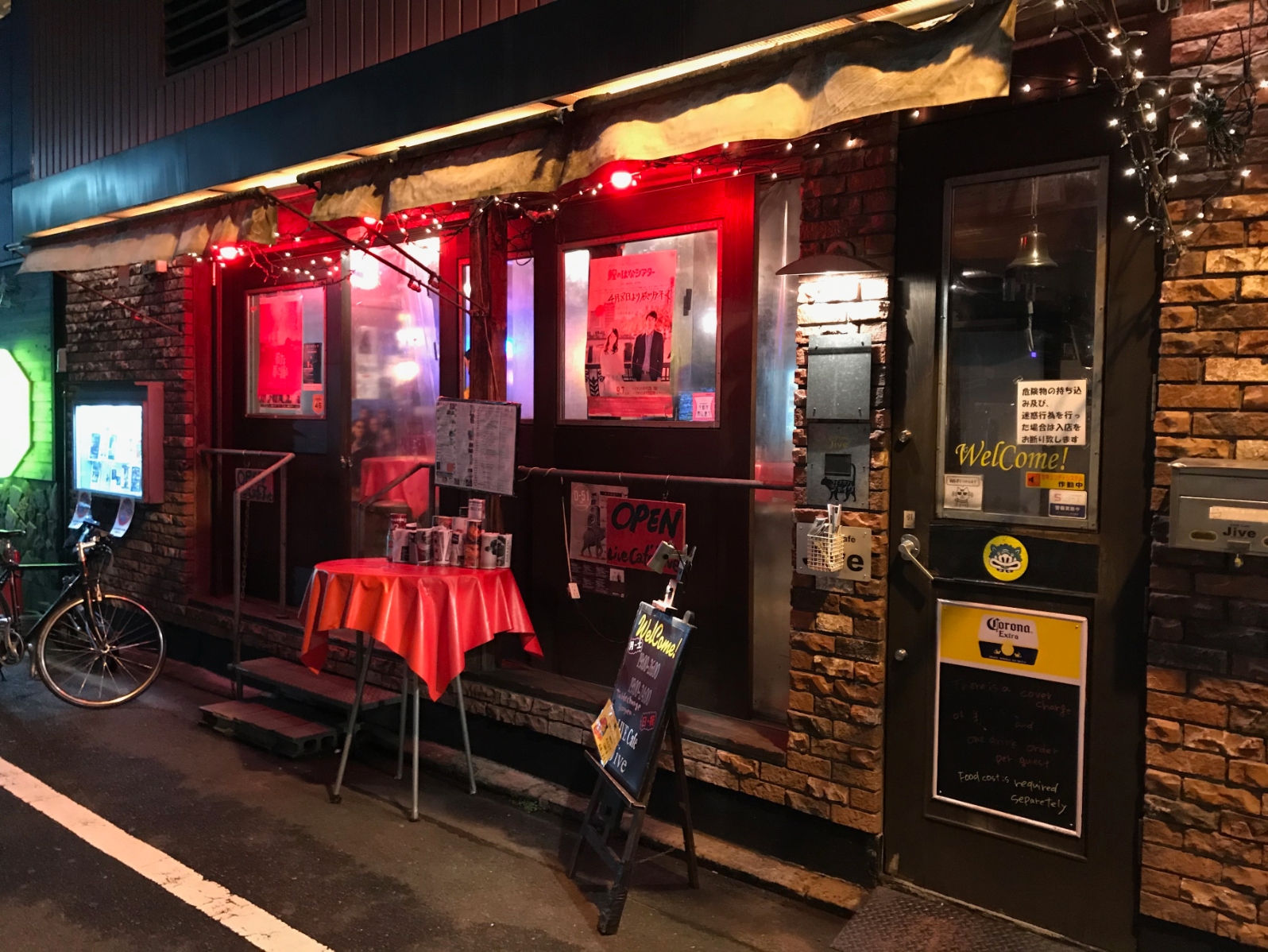 There are over half a dozen active live music venues in Hiroshima. As anywhere and according to taste and interest, some with a slick music venue feel, others quite bohemian and eclectic…

Most of the venues are clustered within the Nagarekawa / Yagenbori entertainment district. Nearly all are understandably focused on Japanese audience. However, it’s also dotted with some pop-up venues. There is a quasi-funk/jazz combo I like to follow called Squeeze Jam and they turn up in all kinds of unexpected places ranging from fashionable clothing stores to places like Jimo café.  Jimo is a tight bohemian style cafe/bar in Noborimachi, not really genre-specific, rather more Japanese “Indie” orientated.

If it’s real Jazz you’re after then head to Lush Life (the venue name pays homage to composer and Duke Ellington collaborator, Billy Strayhorn and the title of a jazz standard about whiling away one’s lifetime with “jazz and cocktails” at “come-what-may places” and in the company of girls with “sad and sullen gray faces/with distingué traces). Lush Life the venue is very low key, dominated by a grand piano and the bar and eight or ten sets of tables and chairs, it seats about twenty or so people. Run by the delightful Rie who always serves you drinks and snacks with he sweet smile.  The resident sax player is the owner, the venerable Suetoshi Shimizu who is credited as one of the top jazz saxophonists in Japan. It features mostly Shimizu and the house band but known to have very good domestic and international guest jazz musicians coming to perform there. Or Jazz Club Bird in Yagenbori with a good range sounds, but a little hard to find…

Another venue Comin’ takes its name from the title of the hit song “Comin’ Home Baby” that gained its fame after being recorded by the great master Herbie Mann. It is a multi-genre venue and not always live but a great place to get a drink, some food and hear some good jazz sounds from the 50s and 60s.

There is a range of other live venues downtown, for example, Club Quattro where you find mostly Japanese Bands or bands touring in from Tokyo or Osaka, which include mixed line ups of Japanese and foreign members playing a spectrum of genres. I’ve seen hard anything from hard rock cover bands to Irish traditional bands there. Or  Cafe Jive, Spider, a laid back venue also featuring anything from Indie folk to rock.

Three other venues in the downtown zone are Kemby’s the brewpub/sports bar near Peace Park where, although not that frequently will have live acts of anything from a local Japanese Samba band to a local gaijin band The Blue-Collar Bastards playing a variety for songs from Dylan to Carole King, Bill Withers to Joe Cocker with a 10CC number thrown in. There is an open mic night once a week at Southern Cross in Tatemachi. Good fun and passers-through Hiroshima often sit with the regular musicians. 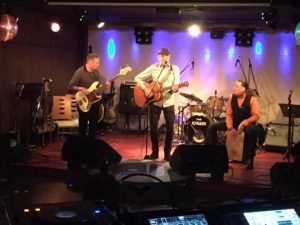 Or for the hippie inclined there is Otis offering you Tex-Mex foods along with music from around the world and (if you come at the right time) great live music. They host live music several days a month.  It’s located just south of Peace Memorial Park

The last venue I’ll introduce is located probably the furthest out but is one of the most interesting. Run by the inimitable Goto Izumi, queen of Hiroshima’s underground music scene, Organza , in Tokaiichi, west of the city center, is a unique space in that has become a haven for the more off the wall elements in the local music and arts scene. On any given night, you might find a jazz trio or a burlesque show on the small stage.  You can enjoy a cozy dinner or a just have a drink or two at the counter.  A big fan of the strange, slightly dark and quirky, stepping into Organza is like looking inside of the imagination of its proprietress.

There you have it. All the above venues offer you music food and drink. Many will have enough English to order and enjoy the experience, but don’t go in anticipation of any in-depth conversations about music in English. And do bear in mind that many of them also function as venues for hire.

If you haven’t already noticed the venue name functions as a hyperlink for locating the venue. So, pop into one and rock on…and all that jazz. ENJOY!!