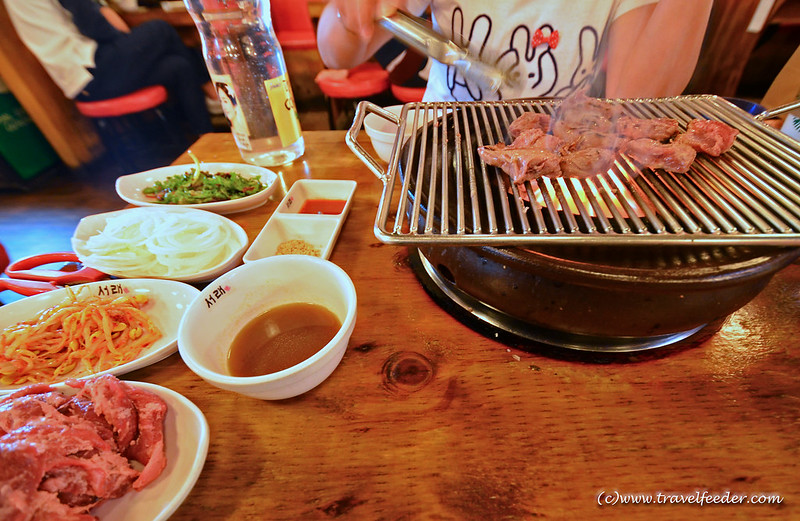 There is no doubt that, living here in Japan, we are spoiled to have on our doorstep some of the world’s finest cuisine. However, it has to be said that Japanese fare is not the be-all and end-all that some may suggest, as from bibimbap to samgyeopsal, from chijimi to kimchi, Korea really gives Japan a good run for its money in the top-notch food stakes.

Fortunately, right here in Hiroshima there are a decent number of Korean restaurants, and below are a few that you may want to check out to get your spice fix!

By using the exact same spices and ingredients that you would find on the other side of the Sea of Japan, Agungi creates an authentic Korean dining experience. This is most noticeable in their hot plate-fried galbi, which is marinaded overnight in the chef’s original sauce, a sauce that he developed at the elbow of his mother in his native Daegu, South Korea.

Also worth checking out is the ‘Korean pancake’ kimchi chijimi, that balances crispy, chewy and spicy perfectly, and their fried chicken could have been scientifically designed to be paired with an ice cold beer.

While Agungi is famed for its authenticity, Bokuden takes an alternative route. The chefs take inspiration from traditional Korean dishes to create original cuisine – with an occasional Japanese influence – that you are unlikely to find anywhere else. 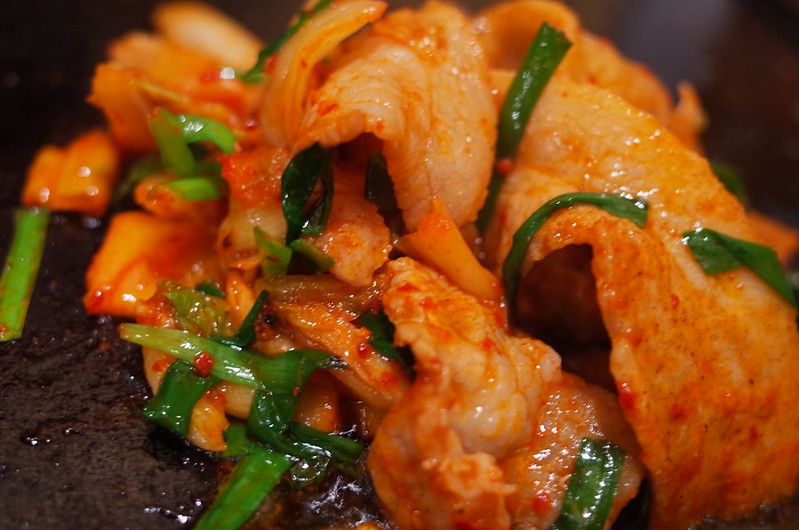 Of course, they serve classics such as bibimbap, toppogi and stir-fried kimchi pork, but you if you want something a little different you should perhaps plump for their original pibin noodles or their cod chanja roll.

Eating at Korean restaurants can on occasion be a little on the pricey side, as by the time you have picked all the dishes you want to share, you may end up facing a hefty bill before you know it. Cook Han, however, is very much a cheaper option as it primarily deals with single dish options, similar to Japanese teishoku. 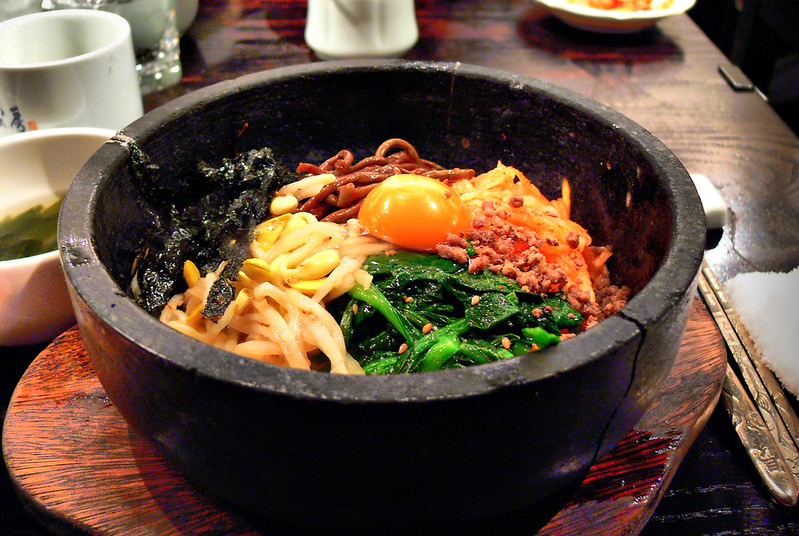 Particularly popular are the various bibimbap sets, the cheese dakgalbi set and the bulgogi set. Can’t make up your mind which you want? They offer a combo. And for those of you who are overcome by the choice available or like a drink with your meal, there are course menus including all-you-can-drink options.

With a name like ‘galbi heaven’, you should really know what you are in for. Kalbi Tengoku specialises in their all-you-can-eat courses, with three to choose from. This is the place to go if you want proper Korean barbecue ribs, as they have so many different varieties. Fortunately, if you do go for one of their courses, you wan’t be stuck with making decisions as pretty much all of them will come to your table.