Benzaiten – Japanese Sweets to ‘Dai’ For in Nagoya 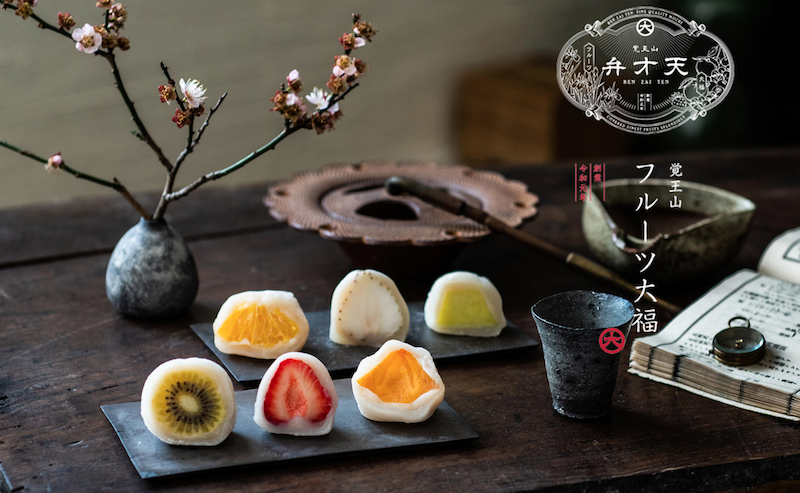 Benzaiten – Japanese Sweets to ‘Dai’ For in Nagoya

I’m a great fan of desserts that do precisely what their name suggests. You’ve got a Tiramisu, which is a literal ‘pick me up’ thanks to the coffee within. Then there’s an Eton mess, a cream dish that looks dropped on the floor and haphazardly scooped back into a dish. I’ve never eaten spotted dick, but I don’t fancy risking it!

But above all, there is the Japanese sweet daifuku (大福), because I have the ‘great luck’ to see in my neighborhood the arrival of the newest branch of Benzaiten.

Daifuku mochi is a Japanese confection consisting of small round mochi (glutinous rice cake) stuffed with a sweet filling. Frequently this filling is anko red bean paste, which, in my opinion at least, is best described as an ‘acquired taste.’ However, this is not the case at Benzaiten. 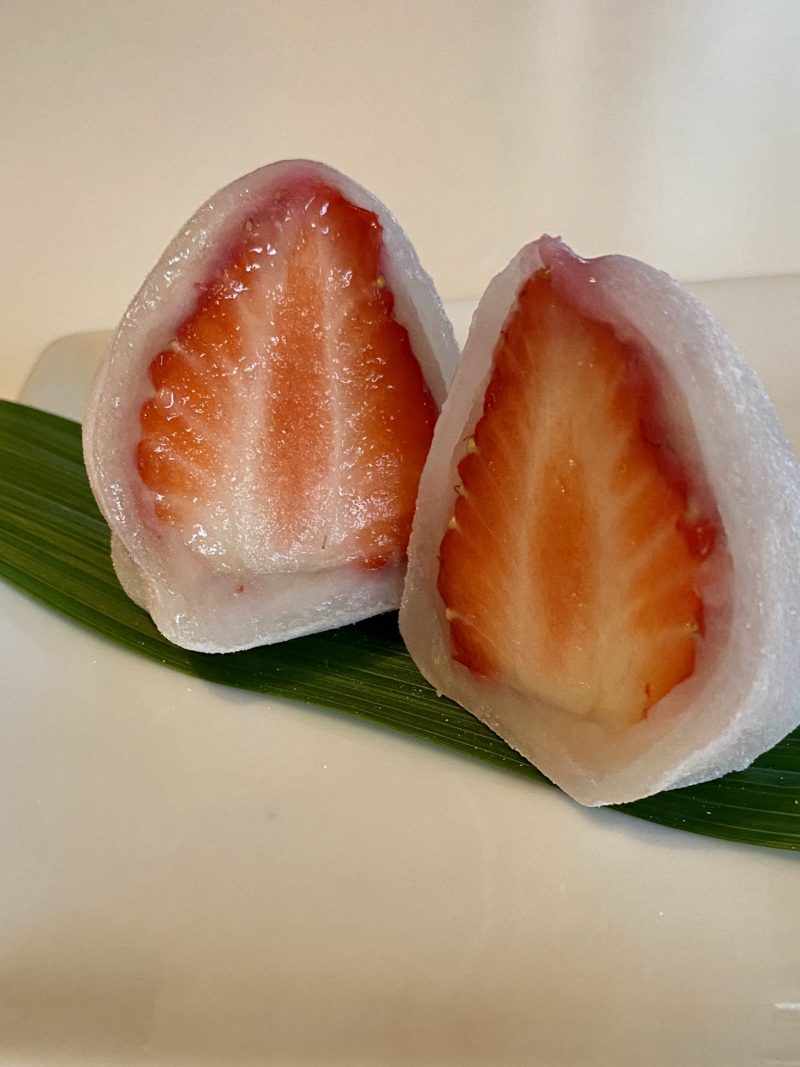 Named after one of the seven Japanese gods of fortune, the goddess of knowledge and music, Benzaiten instead stuffs their daifuku with the most delicious, sumptuous seasonal fruit. The fruit is delivered daily directly from the market, ensuring an unrivaled freshness. Depending on the time of year, you can choose from a wide array of fantastic fruity fillings, from classics such as strawberry and grape to more uncommon centers such as persimmon, watermelon, and mango. 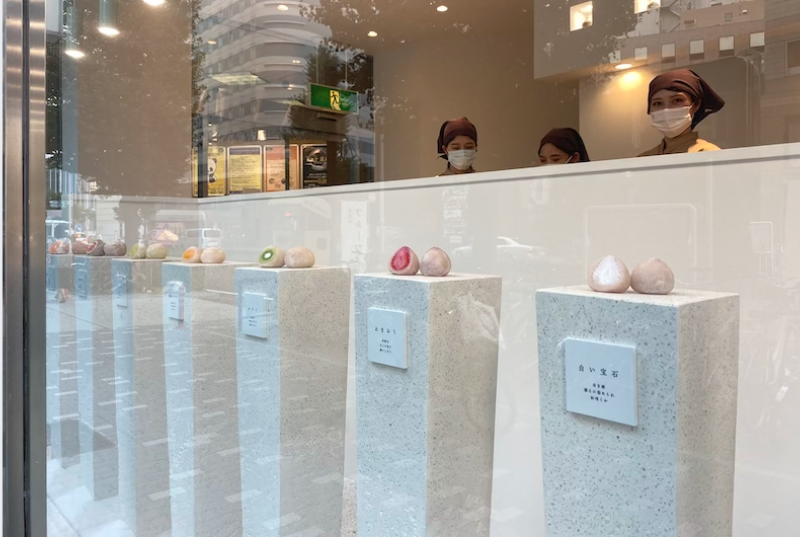 Daifuku are often given as souvenirs or small gifts (I gave a few to my mother-in-law for her birthday, in fact), and to that end, Benzaiten knows their market very well. Each mochi ball is individually wrapped and can be gift-boxed. Furthermore, each box includes a single string that can be wrapped around the daifuku and pulled tight to slice it in half, making it ideal for photographing and posting on social media. It also makes it easy to share, which is quite a good idea, for they can be incredibly moreish, and it’s no coincidence that the word daifuku (大腹) can also mean ‘big belly’!

There are many branches around the city. To find your nearest, check their website here.

In addition, there is a new branch near Nagoya Station.

Please be aware, Benzaiten’s daifuku should be kept refrigerated, and as such, the store will supply a single ice pack if it is required to get you home. However, they can sell additional ice packs at 40 JPY each, and they recommend one ice pack for every hour that the sweet is out of the refrigerator.

Just what is daifuku?

Traditionally made by wrapping a steamed, glutinous rice cake over red anko bean paste, daifuku was originally called Habutai mochi (腹太餅) (belly thick rice cake) due to its appearance of a fat stomach filled with delicious sweets. Over time, this became daifuku mochi (大腹餅) (big belly rice cake). As trends changed and daifuku became gifts in ceremonial occasions. As the pronunciations of ‘fuku’ (腹, belly) and ‘fuku’ (福, luck) are the same in Japanese, the name was further changed to Daifuku mochi (大福餅) (great luck rice cake), to represent the sweet as a bringer of good fortune.

Today, daifuku can often be found in white, pink, or green and makes a great accompaniment to Japanese green tea. As well as fruit and red bean, daifuku comes in a wide array of varieties, many with more traditional Japanese tastes. Still, in reality, anything can be used, even creme caramel!

Making daifuku – and including your own preferred filling – is rather straight forward. Check out the video below for instructions on how to make it using your microwave.

Image via benzaiten-daifuku.jp
Images by Mark Guthrie (own work)