Sekigahara: The Battle That Created Japan

Sekigahara: The Battle That Created Japan

In 1600, Japan faced a turning point in its history. After more than a decade of comparative peace, the feudal era had been reinvigorated, and two sides of the country – the West and the East – were ready to do battle. The location of this critical coming together was a small rice-growing village called Sekigahara in modern day Gifu Prefecture. The battle was to define the nation for the next 265 years.

[In this short history, the names are written in the Japanese style, family name followed by given name. In order to not confuse between family members, after introduction they are detailed using their given names.]

Having risen from a lowly background as a sandal bearer in the mighty Oda army to become the powerful de facto ruler of Japan, Toyotomi Hideyoshi longed for one thing: a son to be his heir. With two daughters dead before the age of six and no son forthcoming he had named his nephew, Toyotomi Hidegetsu, as next in line. However, in September 1593 he sired a son, Hideyori, and to quell any potential succession issues promptly had Hidegetsu exiled and commit ritual suicide. 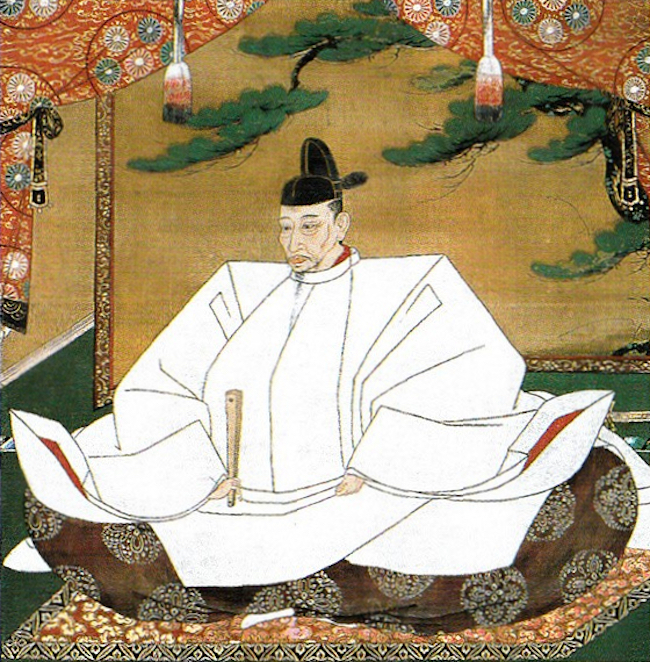 in 1598, however, Hideyoshi himself passed away, leaving his five-year-old son as the leader of unified Japan. In order to effectively run the country, five prominent ‘daimyo’ [chieftains or warlords] were to rule in his place until Hideyori came of age. These ‘five regents’ were the most powerful daimyo in Japan, and were for the most part diametrically opposed to each other, their clans having fought battles throughout the warring period. The belief was that their inherent differences and mutual animosity meant that they were unlikely to form an alliance with one another that could wrest control from the young Hideyori. There was one big problem with this plan, however: it was nonsense.

The regents quickly formed two distinct factions: the ‘Bunchiha’, who wished for a state governed by a specialized civil service, and the ‘Bundanha’ who were in favor of a strong military authority. When the eldest regent, Maeda Toshiie, passed away, the next most senior, Tokugawa Ieyasu, a member of the Bundanha group, saw his chance to take control.

Ieyasu, the most powerful – and perhaps most despised and feared – of the five regents could be considered unfortunate not to have become ruler of Japan after the death of his ally and the first unifier of Japan, Oda Nobunaga in 1582. With Maeda out of the picture, and after a supposed attempt on his own life, Ieyasu moved to strike, accusing another of the regents, Uesugi Kagekatsu, of illegally building up his military forces. 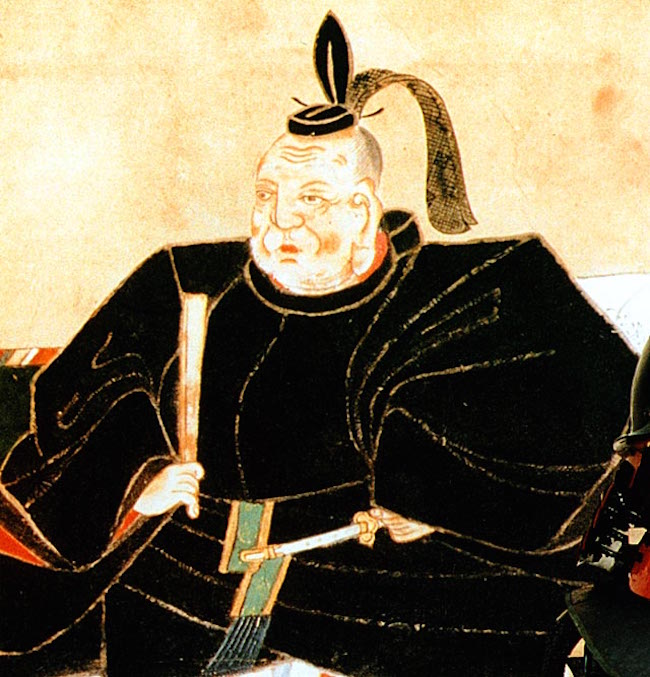 At the same time, Ieyasu began political maneuverings to consolidate his power base through his allies. This group, that were to become known as the Eastern Army, centered around Ieyasu’s stronghold of Edo (modern-day Tokyo), marched onwards to attack the Uesugi clan.

Recognizing the impending crisis, Ishida Mitsunari, himself not one of the five regents but a staunch protector of the young Hideyori, rose up in response and created an alliance to challenge Ieyasu. Though a competent bureaucrat with many friends within the Japanese court, unlike Ieyasu, Mitsunari had few allies amongst the more fearsome warlords. However, what he did have, in the eyes of many daimyo, was right on his side as he stood for protecting the succession of the Toyotomi clan. 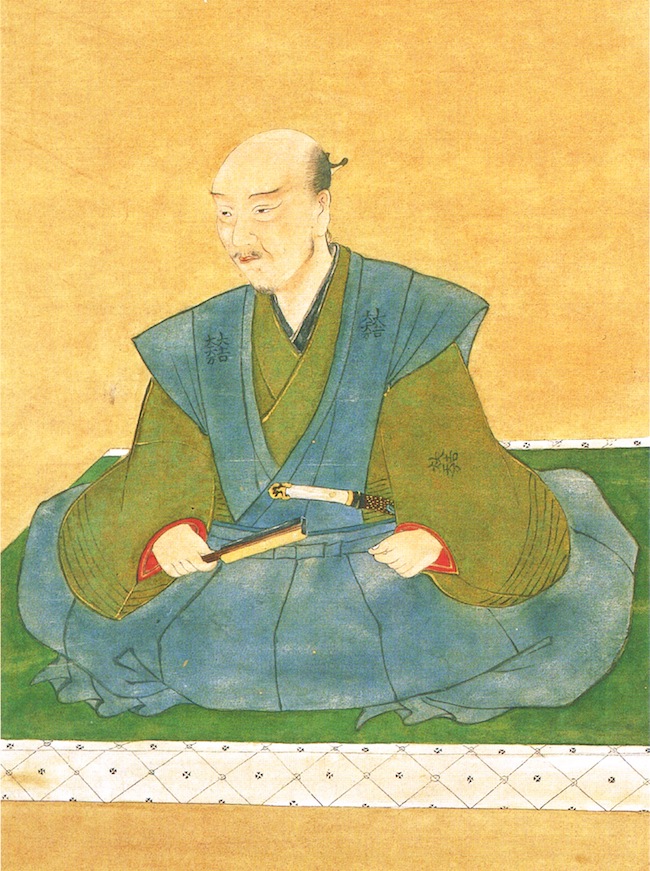 Mitsunari’s forces quickly captured Osaka, giving the Western armies hold over the capital Kyoto, strengthening its moral position, and posing a clear and present threat to Ieyasu’s cause.

With Mitsunari’s armies marching eastwards and Ieyasu’s heading westwards, it was expected that the two would converge on Gifu Castle. On its way, the Western Army – not wishing to leave allies of Tokugawa where they may be in position to lead an assault from behind – attacked the Morii Clan at Fushimi Castle on the road between Osaka and Kyoto. The sacking, however, took ten days to complete, in which time Gifu had fallen to Ieyasu’s men, forcing Mitsunari’s armies southwards in order to block a potential strike on Osaka.

Looking for a place to rest after their long march, the Western forces arrived at the small farming village of Sekigahara. On October 20, 1600, the Eastern Armies stumbled into their adversaries in the fog and a short skirmish broke out before the two sides settled back into defensive positions. The first blood had been drawn, and when the fog cleared in the early morning, battle was ready to commence.

At around 120,000 men, Mitsunari’s army greatly outnumbered the 75,000 soldiers of the Eastern forces and had far superior strategic positions, having arrived the night before. Nevertheless, Ieyasu, who always kept a trick or two up his sleeve, had his advanced guard attack under the command of Fukushima Masanori, followed by attacks to the West’s right flank.

Mitsunari ordered Shimazu Yoshihiro to reinforce the flank, though the order was refused, ostensibly as Yoshihiro claimed to only take commands from respected commanders, which he did not believe Ishida to be. In actuality, it seems that his faction had reached a secret agreement with the Tokugawa, offering neutrality at the decisive battle in exchange for a guarantee of preservation come the battle’s end. 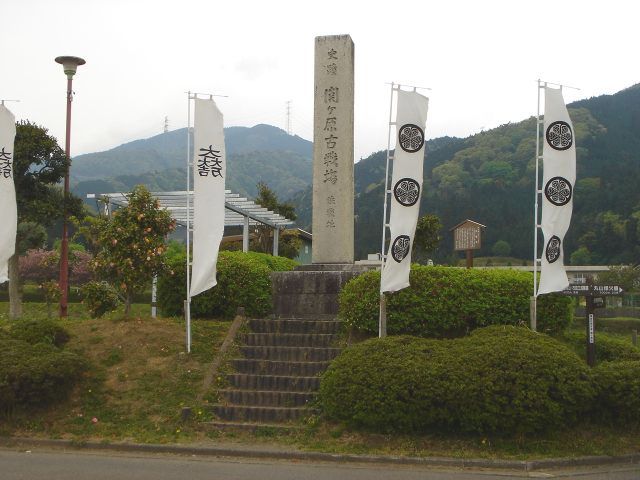 Present day memorial at the site of the Battle of Sekigahara

This was one of many such agreements Ieyasu had made, another being with Kobayakawa Hideaki, who had said he would turn on Mitsunari’s army at the decisive moment. However, in the heat of the battle, Hideaki simply remained neutral, neither attacking for or against the Western forces. This angered Ieyasu, and he fired upon his secret allies, forcing Hideaki into action against his erstwhile allies from the West. While this attack was unsuccessful – members of the Ōtani clan turned their arquebuses on the traitors to devastating effect – other daimyo, noting how overrun the Ōtani were, could see which way the wind was blowing and switched their allegiances to Ieyasu’s Eastern army, spelling the end for Mitsunari.

After Kikkawa Hiroie too refused Mitsunari’s orders, claiming to be too busy eating to lead an attack, The Western Army disintegrated, with the commanders scattering and fleeing with varied degrees of success.

The defeated Ishida Mitsunari made his escape from the fields of Sekigahara, but was captured by locals and then, with other daimyo loyal to the Toyotomi clan, publicly beheaded in Kyoto, denied the honor of committing ritual suicide. After execution, Mitsunari’s head was placed on a stand for all the people in Kyoto to see, a signal of the might of Tokugawa Ieyasu.

Some factions did remain loyal to the Toyotomi, and the war would not be considered completed until the end of the Siege of Osaka in 1615 that ended in the final destruction of the Toyotomi clan. 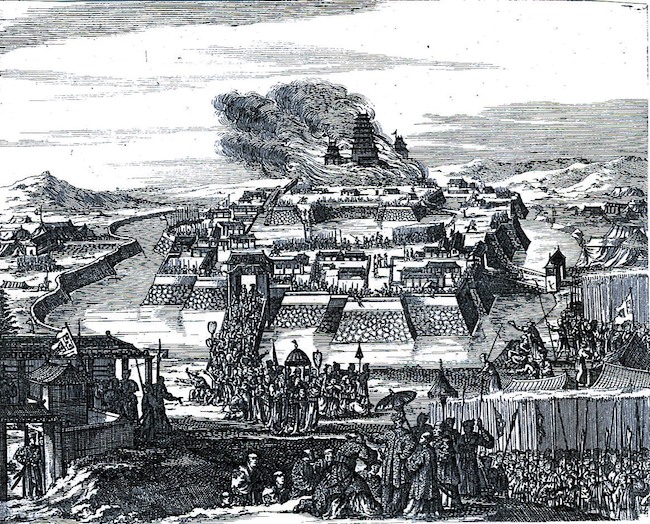 The Siege of Osaka

The title of Shogun, Japan’s military dictator, was one that could only be bestowed upon individuals who could boast descent from the original shogun families. Although Ieyasu had decades earlier almost certainly forged his family tree to claim lineage from the historic Minamoto clan (evidence of the long-term plan that Ieyasu had to one day take over Japan), perhaps to keep the peace, and possibly to preserve the Imperial family, in 1603 emperor Go-Yōzei pronounced Ieyasu as Shogun.

Though it had begun with the brutal dispatching of the Toyotomi, the Tokugawa era – also known as the Edo period, named after Ieyasu’s stronghold that would become the country’s de facto capital – would put an end to the feudal times, bringing peace to the warring nation. It would remain so until 1852, with Japan remaining isolated until the gunboat diplomacy of the American Commodore Perry opened the nation to trade, thus bringing about the Meiji restoration.

But in that time, almost everything that we think about Japan – from the bushido way, to art, to food, to pretty much every aspect of culture – stems from this period of Tokugawa rule.

And while it could be argued that Ieyasu would have found a way to take control sooner or later, it can also be argued that it all stems from Toyotomi Hideyoshi’s ultimately doomed desire to create a legacy of his own.

Of course, this is very much a potted history of the Battle of Sekigahara. If you are interested in this fascinating period of Japan’s creation, check out the extremely detailed and impressively researched THE BATTLE OF SEKIGAHARA: The Greatest Samurai Battle in History by historian, samurai armor maker, DJ and TV personality Chris Glenn.