Going Potty over the Setomono Matsuri 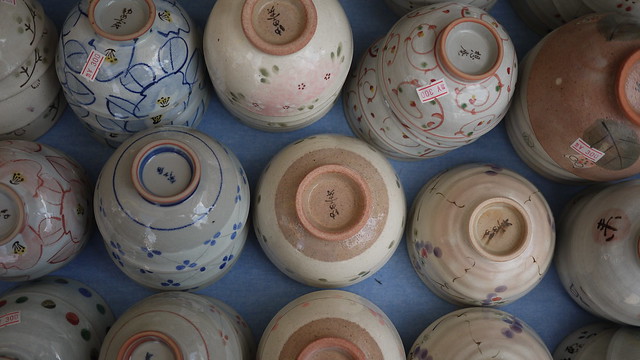 Going Potty over the Setomono Matsuri

Although Japan has one of the oldest ceramic traditions in the world, with earthenwares being created as early as the Jōmon period (10,000–300 BCE), as a heavily wooded country most domestic utensils in Japan were usually made of either natural or lacquered wood.

This all changed when Katō Shirōzaemon, the father of Japanese ceramics, began his search for clay that could equal the famed pottery of China. According to legend, Katō was visited in his dreams by a dog that pointed out a spot in the southeast of Seto City in which to dig. Upon waking he sought out the area of his nighttime apparition and found clay of the highest quality.

Since then, the town of Seto in Aichi Prefecture has become the watchword for Japanese ceramics, so much so that the generic word for pottery is ‘Setomono’, or ‘product of Seto’. It is for this that the town holds the annual Setomono Festival, bringing lovers of Japanese pottery from far and wide each year.

Held on the second Saturday and Sunday of September, the Setomono Matsuri sees the town’s famous purveyors of ceramics line the banks of the Seto river with their stalls. 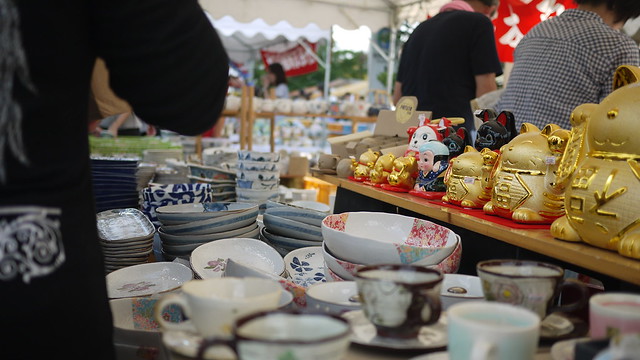 Over the weekend approximately half a million visitors will descend upon the small town seeking out cheap deals and beautiful pottery, making it Japan’s biggest pottery bargain market.

The festival, which was first held in 1932, is a bargain hunter’s dream as high-quality products including tableware, plates, bowls, cups, saucers, and mugs can be found for between 20 and 50 percent off.

As well as the Setomono there are other events, such as food stalls, stage performances, and parades, and each day concludes with a fireworks display. 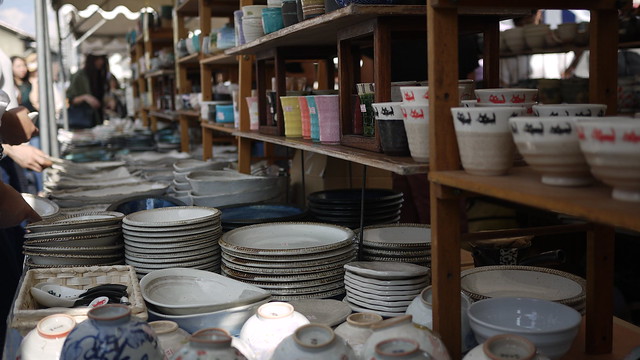 The city of Seto itself is cast (pun intended) as “Seto marutto Museum,” a living museum with galleries and exhibits promoting the production and history of Setomono throughout the town. 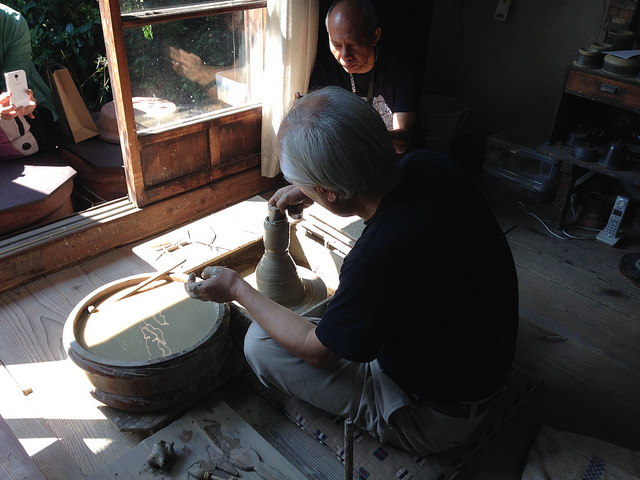 There are many interesting things to see in Seto, such as the ruins of old kilns, the ‘Grand Canyon of Seto’ clay mine as well as many innovative open-air exhibitions. At the Seto Municipal Center of Multimedia and Traditional Ceramics, you have an opportunity to observe the making of ceramics first hand and up close and if you are interested in unusual shrines, Kamagami-jinja Shrine is unique for its kiln-shaped shrine pavilion and is dedicated to those who have passed on ceramic manufacturing methods.

If you want to be assured of the authenticity of your Setomono, why not create your own? At the Aichi Prefectural Ceramic Museum, there are various courses for potters of all abilities and ages. Whether it is making your own items from fresh clay, or (if time is an issue) painting pre-prepared ceramics, you can have your very own, handmade piece of Setomono for as little as 1080 JPY.