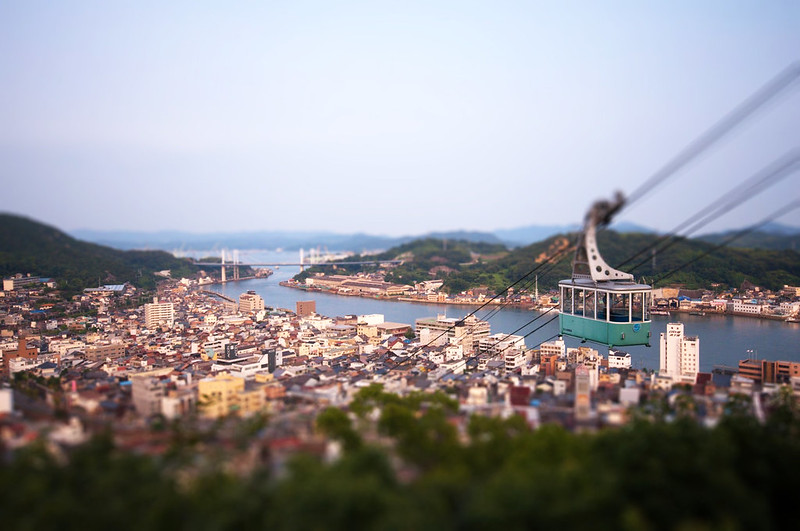 Flanked to the north by steep hillsides and to the south by the rolling Seto Inland Sea, the city of Onomichi is quaint, picturesque and full of history. It makes for a beautiful day trip without even leaving Hiroshima Prefecture.

Thanks to a charming refusal to regenerate and modernize, the city harks back to a bygone era that sees its streets regular locations for television and movie period dramas but, don’t let that fool you into thinking that nothing is going on in this sleepy place. From temples to markets, museums to cats, there is plenty to see and do in this beautiful town that may capture your heart.

Perhaps Onomichi’s best-known attraction, Temple Walk, is a 2.5km route that takes you by a whopping 25 temples. However, just because they are all packed in together, it doesn’t necessarily mean that they will go by in a flash. Should you so wish, you could spend an entire day exploring the enchanting architecture that pops up around every corner or winding alleyway. 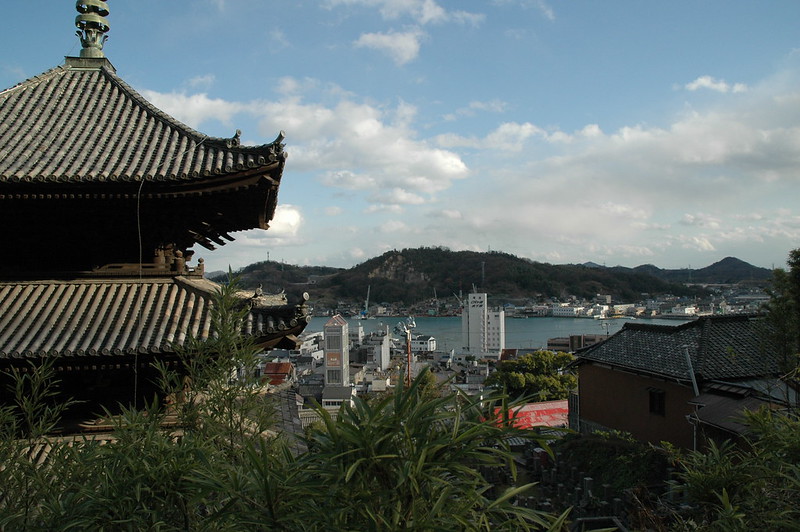 With that said, Temple Walk can be pretty comprehensively covered in just a couple of hours if you prefer to skim by, though you should be forewarned, it is quite a hilly climb, and it may be advisable to take the ropeway to the top and wind your way down. The ropeway entrance can be found here.

If you want just to hit the key spots, below are the primary temples along the route.

The symbol of Onomichi, the vermillion structure of Senko-ji sits atop its mountain looking out over the town. It is believed founded by Kobo Daishi, a Japanese Buddhist monk, poet, and artist who established the Esoteric Shingon school of Buddhism.

A spectacular observation spot, Senko-ji was built amongst immense rocky crags, the standout being the 15-meter-high Tama no Iwa, or “Jewel Rock.” According to local legend, Tama no Iwa would glow at night, lighting up the seas below.

The largest temple in Onomichi, Saikoku-ji, can be found within the narrow valley that bisects the town. Its main hall and the three-story pagoda are both registered Important Cultural Properties, and two-meter-high straw sandals flank its entrance. Located at the eastern edge of the town, Jodo-ji is thought to date back to the early 7th century. Both Jodo-ji’s main hall and two-story pagoda are National Treasures. Though it is free to enter, for 600 JPY it is possible to take a 30 minute guided tour during which you can discover spectacular paintings, a karesansui garden, and numerous statues, many of which are registered Cultural Treasures. Tours are, unfortunately, only held in Japanese.

Also found hidden away on the slopes of Mt. Senko-ji is Cat Alley (Neko no Hosomichi). Onomichi has a special relationship with our feline friends, and you will find many cats wandering around as if they own the place. This is nowhere more apparent than Cat Alley, a roughly 200m road that extends from the edge of Ushitora Shrine up to the three-storied pagoda of Tenneiji temple. 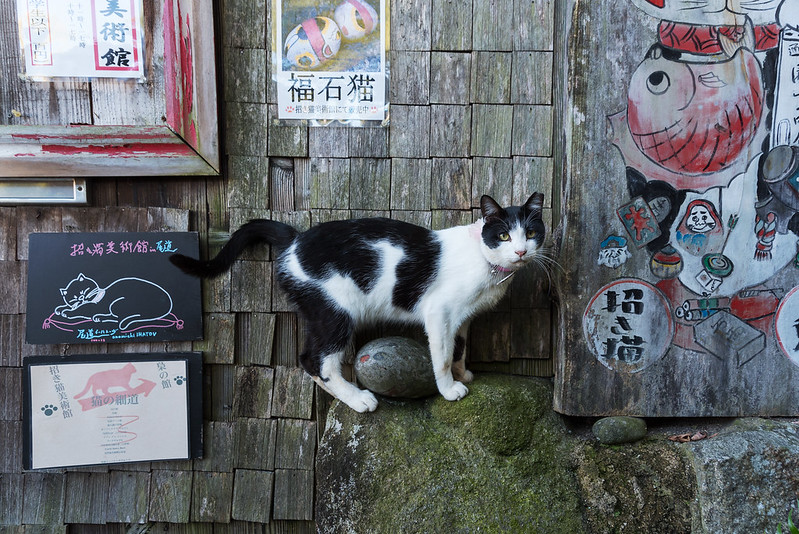 Here you will find museums, cafes, and statues all dedicated to Onomichi’s favorite animal. All along the route are placed ‘fukuishi-neko’ (lucky stones decorated to look like cats), all of which were painted by local artist Shunji Sonoyama. And if you still haven’t had your moggie fill, there is an exhibition of some 3,000 maneki-neko (beckoning cats) also curated by Sonoyama. 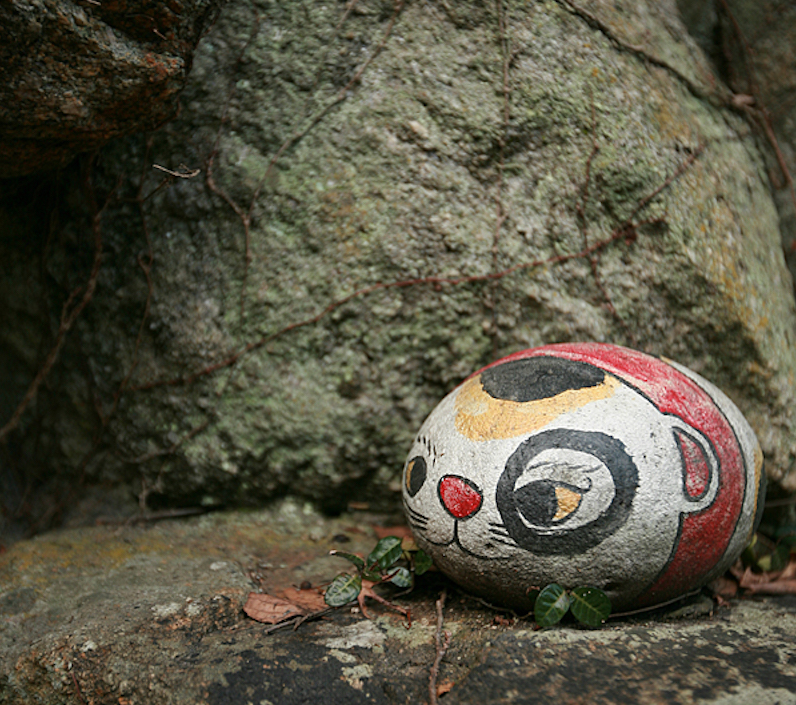 In most small Japanese towns, the shotengai (covered market) will generally be quiet affairs with many family stores shuttered as suburban shopping centers have taken their place in locals’ hearts. This is most decidedly not the case in Onomichi.

Clocking in at 1.2km, Onomichi’s shotengai is not only impressively long but is also incredibly busy. A mix of boutique stores, creative galleries, modern cafes, and the family businesses that have been there for perhaps generations makes for an eclectic and enjoyable couple of hours meandering along this Showa-era shopping street. Near to the western end of the shopping street is a small open space where various events are occasionally held, such as a local farmer’s market and music performances. If you visit in June and July, be sure not to miss out on the Saturday night markets that see stalls selling street food, drinks, and festival games pop up all around the area.

Overlooking the Seto Inland Sea, Onomichi is famed for its fantastic seafood, and you can find many restaurants serving up the catch of the day, the selection varies from season to season. But if you want to try something found nowhere else, you should give the Onomichi ramen a try. The ramen, made from a soy sauce base with chicken broth and local seafood, is characterized by its flat, chewy noodles, and the fatty ‘seabura’ that gives it a hearty flavor. 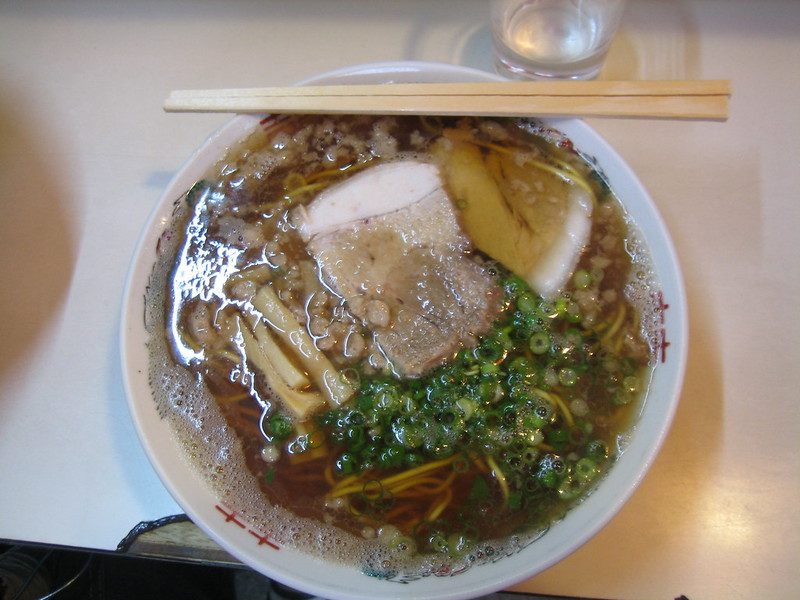 Of course, ramen goes best with an ice-cold draft beer, but if your drinking habits are more of the craft variety, A-Clue is the place to go. Small, cozy, and offering a range of craft ales from all around Japan, it’s a lovely spot to rest and reflect on your time in this charming little city.