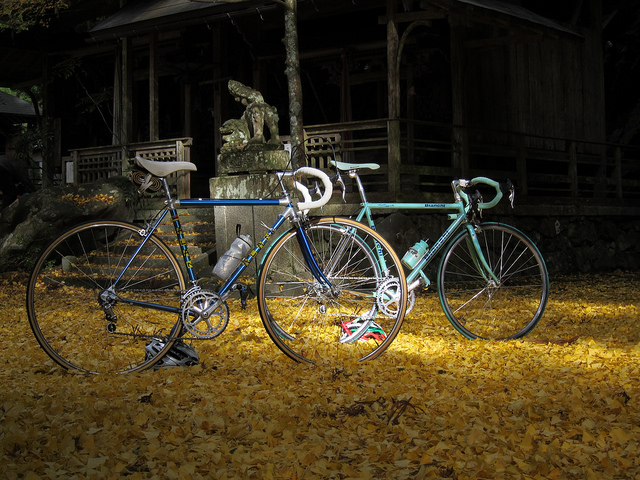 Nagoya, with its wide roads and ample cycle paths, is a marvelous city to cycle around, so it is such a shame that so many people choose to clog up the sidewalks with their ‘mamachari’ bicycles. According to the Japanese National Police Agency, there were 71.551 million bicycles in Japan in 2013 but most people tend to ride what even my dear old mother would call ‘old lady bikes’.

But if you know where to look, you can find some great bike shops around the city that sell all sorts of specialized cycles, including road bikes, mountain bikes, commuters or even BMXs. So, what are you waiting for? Get off the sidewalks and start really enjoying this wonderful city and its beautiful surroundings!

Family owned with a great selection and friendly (English-speaking) staff, Kato Cycle is perhaps the most popular cycle shop in the city for road bikes, mountain bikes and apparel.

Circles is a really cool bike shop, if a little on the pricey side. They have tonnes of apparel and accessories too, as well as offering a repair service. The guys in there are a really decent bunch and speak, or at least understand, a little English too.

For convenience, Y’s Road in the centre of Sakae is pretty useful. With claims to be the largest store for road bikes in Nagoya, you can probably find what you want, particularly if what you want is Canondale. I was in there this month (Feb 2017) and the staff couldn’t have been more helpful.

Whether for accessories, parts or complete bikes, Fukui is a well known pro-bike shop. I haven’t been there myself, but it comes highly recommended by those in the know and stocks many of the popular brands to suit most budgets.

Don’t let the name fool you, Fun Bikes Kaze is not a bike shop for kids. Based out in Nagakute, they stock everything from beginner cycles to the pro end of the spectrum. As well as supplying parts and operating repairs, they also organize cycling trips out into the local area.

Jinrikisha (meaning ‘rickshaw’) is a little further afield, out in Seto, but if you have the time to get out there, it’s worth the trip. Recommended by one of the more prominent cyclists in the area, apparently the owner is considered to be one of the best cycle mechanics in Japan. Unfortunately he doesn’t speak English, but he does know French.

If you are keen on getting out on your bike, there are a couple of cycling groups in the area. Check out Nagoya Cycling Club, Cycling Nagoya or Nagoya Cycling Friends.