Mr. Kanso Canned Food Bar in Nagoya, Exactly What it Says on the Tin 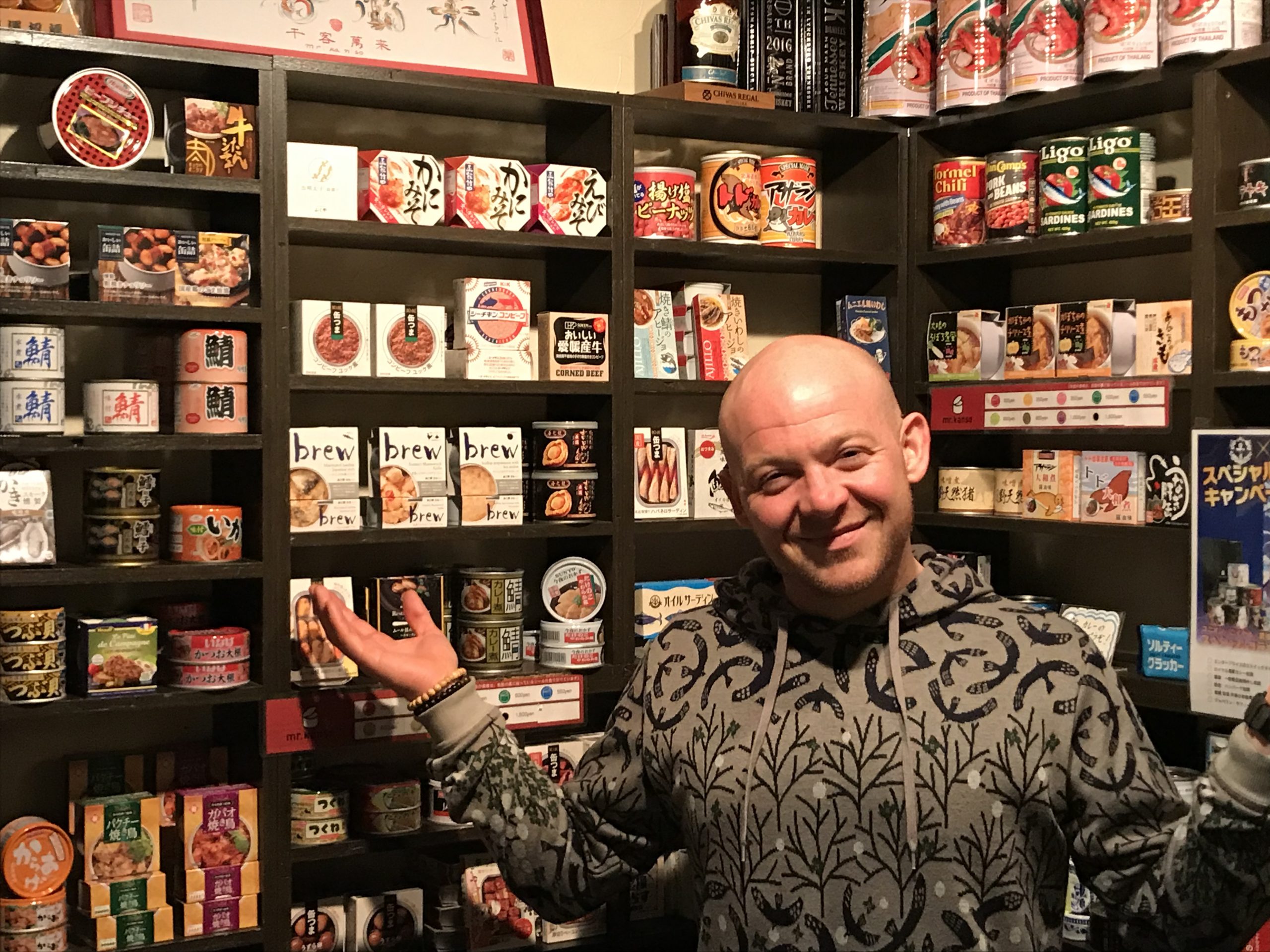 Mr. Kanso Canned Food Bar in Nagoya, Exactly What it Says on the Tin

There are many weird and wonderful experiences that we can have during our stays in Japan, but no trip is complete without a night at a concept bar. Perhaps the best known of these is the Robot cafe in Tokyo or the prison-theme bars. When it comes to Japanese ‘otaku’ [nerd] culture, you can find maid cafes and anime bars. But if you want to do something truly different while enjoying some genuinely unique food, you should check out a canned food bar.

What is a canned food bar?

The concept is a pretty simple one: it is a small counter bar, the walls of which are lined floor to ceiling with canned goods. After surveying the selection, you pick up the cans of food that pique your fancy and pass them to the staff behind the counter. The staff heats up what you want as you sip on a drink, and then you eat. It’s certainly an unusual dining experience, but one that has proven to be so popular that the bars have exploded all around Japan. 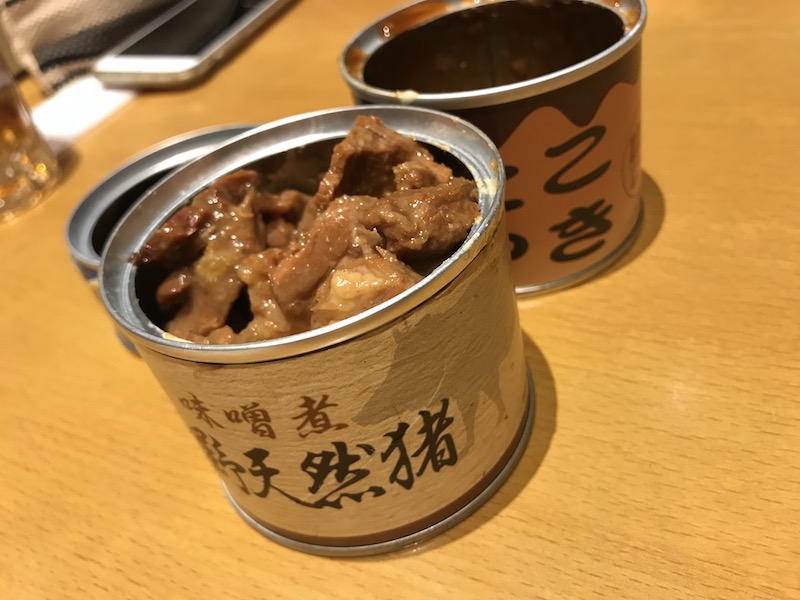 While other such places may say otherwise, Mr. Kanso claims to be the original canned food bar in Japan, with its first establishment set up next to Osaka’s Dotonbori River. Since then there have been more than 40 branches opened around the country. You can find two branches right here in Nagoya: one in Sakae and the other in Kanayama.

I plumped for the latter (for no other reason than to hit up OXO for some happy hour pre-drinks beforehand), and it can be found downstairs under the Hasegawa building, a slightly labyrinthine warren of ramen-yas and standing bars. Despite being relatively early in the evening, it was already pretty busy. There are a handful of counter seats, a couple of tables for two, and a table for four, meaning that it’s not the best place for large parties. 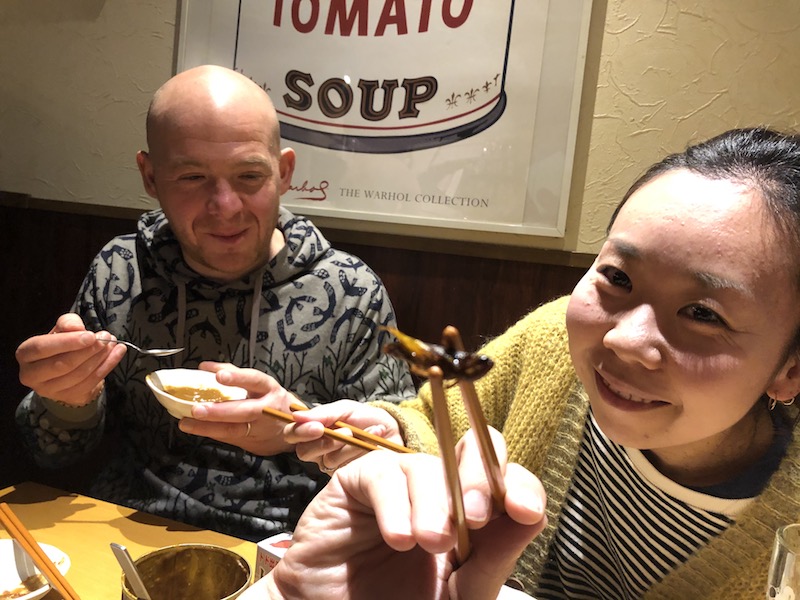 After taking our table, we made our way to the cans. There is a wide array to choose from, many of which are unusual and rather unique to my British eyes. I was brought up on a diet of cans of baked beans and tinned ravioli, but here we found bear, horse, whale, wild boar, and much, much more.

Unfortunately, the cans are predominantly in Japanese and there is no English menu, but it’s still pretty easy to make out the selections from the pictures on the cans and by using google translate. And if you don’t know what it is, well surely that just adds to the experience! 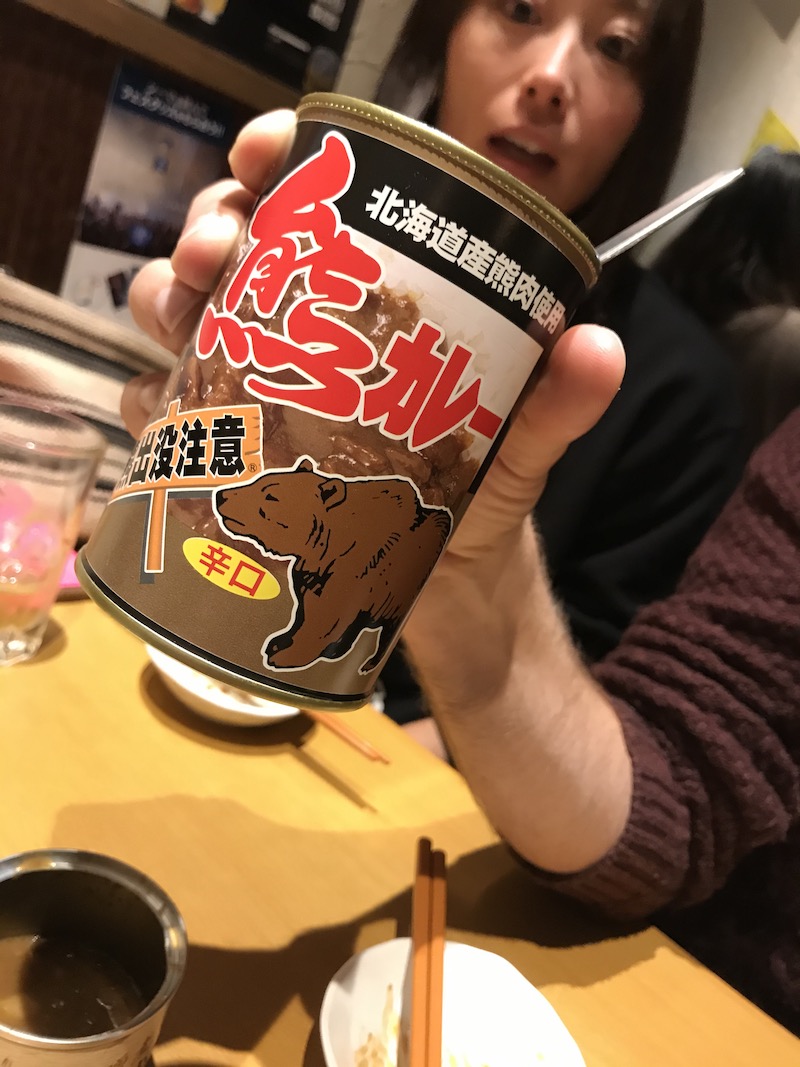 Reflecting the unique nature of the goods on show, the cans can be a little expensive; a large tin of bear curry comes in at 2,000 JPY, and the prices are denoted by color-coded stickers on the can’s underside. And as a word of caution, some of the more unusual goods come from Hokkaido, where the eating of some meats are traditional, though are today perhaps ethically dubious. It wasn’t until after eating the can of ‘todo’ that I realized that the Steller sea lion is a near-threatened species, so it may be worth your time to do a quick google check of anything that you are unsure of. 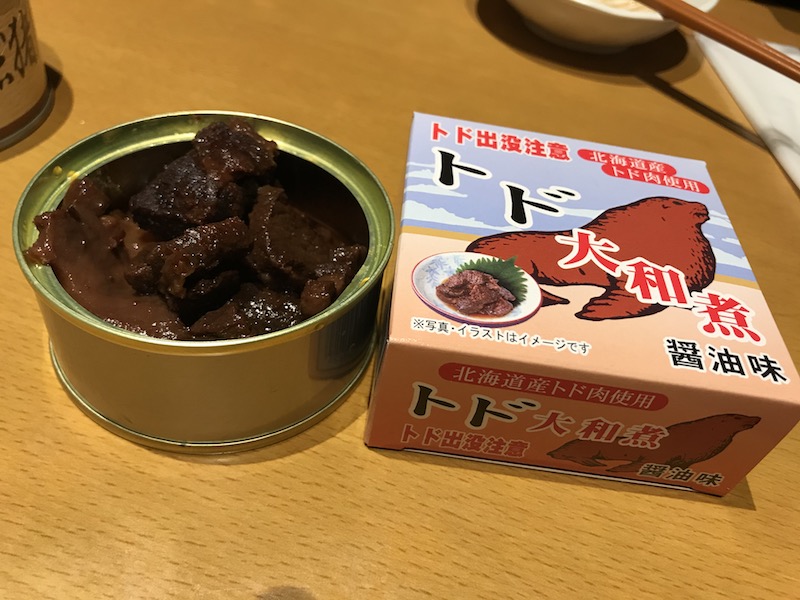