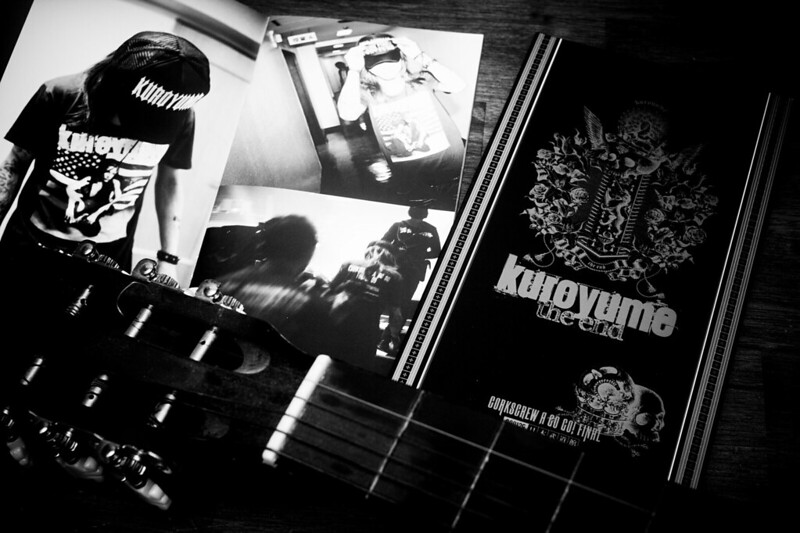 When reading listings for live performers on tour, it can feel like Nagoya is completely missed out by all the big artists as they make their way from Osaka directly to Tokyo. In fact, this may be perhaps more than a feeling, as there is a word in the local lexicon for this phenomenon: ‘Nagoya tobashi’, literally skipping or jumping Nagoya.

Fortunately, Nagoya has a really strong music scene itself, meaning that almost every night of the week you can find a great act performing at one of the city’s many Live Houses. Below is a selection of artists who have risen from Nagoya’s hotbed of musical talent, some of whom are huge international names, along with some hidden gems that you may never have heard of.

Rock music in Japan’s late-90s was dominated by a movement called visual kei, proponents of which were known for their wild hair and typified by X-Japan. The scene owed a great debt to the local Nagoya kei movement which lay the groundwork for both the musical and stylistic template of visual, and of which Kuroyume could be considered the defining band.

Formed in 1992, their early sound took influences from the punk and post-punk scene popularised in the UK, before developing a New Romantic twang, and finally returning to their punk roots towards the end of the decade. They split in 1999 due to bassist Hitoki’s health issues, but reformed ten years later during the Visual Kei revival, a return heralded by ‘F*ck the Border Line’, a tribute album featuring covers of the band’s songs by the biggest modern visual acts.

Another visual band out of Nagoya, Fanatic Crisis grew in such popularity that they became known as one of the “big four of visual kei bands”, releasing ten studio albums between 1995 and 2004.

FtC, as they were dubbed by their fans, were less inclined towards the post-punk stylings of their contemporaries. Instead they became known for their stadium-filling melodic rock hits such as Sleeper and Life, songs that wouldn’t be too out of place amongst a late 90’s Britpop compilation.

Born in Nagoya in 1956 to a Japanese mother and an Irish father, the electric blues guitarist couldn’t be further from the visual kei scene if he tried. Growing up in Tacoma, Washington, Murray formed the ensemble Robert Cray and the Crayolas with his high school friend, the eponymous Cray.

Murray honed his guitar skills performing in the blues clubs of San Francisco and Oakland, playing backup for musicians such as Sonny Rhodes and Frankie Lee. His big break came in 1988 when he joined up with James’ Roots Band, backing for the legendary Etta James. He performed on B.B. King’s Grammy Award-winning album, Blues Summit, on James’ Grammy-winning recordings, Let’s Roll and Blues to the Bone, as well as releasing four solo albums of his own.

Hailing from Aichi Prefecture (though iconic drummer Tatsuya Nakamura, also of LOSALIOS and punk band Star Club, is from Toyama), Blankey Jet City blend punk, rock, and rockabilly into a more chart-friendly version of the genres, at times verging on anthemic rock.

Blankey, as they are better known, gained a reputation for raw and emotional live shows, with their sound driven by a prodigious rhythm section, often incorporating a double bass, adding authenticity to their rockabilly credentials.

Nagoya’s music isn’t all about rock, of course, and all around Osu, Sakae and Kanayama areas, you can see evidence of the J-pop sound that you would expect to come out of Japan’s youth, the best known being SKE48.

The Nagoya version of Yasushi Akimoto’s AKB48 phenomenon, SKE48 (the SKE stands for Sakae) was founded based on the concept of “idols you can meet”. Three ‘teams’ regularly perform their bubblegum J-Pop in the Sunshine Sakae complex for their legions of fans, generally comprising of teenage girls and older ‘otaku’ males.

Another all-girl band, but worlds apart. Formed in 2012, Chai set out with an agenda to redefine the term ‘kawaii’ in an attempt to shatter the narrow constraints in which the label has been held, all the while seeking to entirely invert what they saw as a staid Nagoya music scene.

Citing British dance and electronic acts Basement Jaxx, Gorilaz, and the Chemical Brothers as influences, as well as Brazillian electroclash outfit CSS, Chai has toured their crunchy electro-rock odes to bartenders and psychological complexes around the US as well as supporting Superorganism in the UK.

Shawn James Seymour and Yoshimi Tomida met at university in Louisville Kentucky, but when Tomida’s visa came to an end, Seymour followed her back to her native Nagoya where they shared a small apartment. While Tomida slept, multi-instrumentalist Seymour recorded lyric-less tunes on glockenspiel, melodica, and a Casio SK-1 sampling keyboard which, out of necessity, were akin to gentle lullabies. Hence the name, Lullatone

With titles such as Falling Asleep With a Book on Your Chest and An Ode to Eaten Snowflakes, the instrumental songs manage to be earnest, twee and playful all at once, conjuring up thoughts of Badly Drawn Boy tinkering to himself on a red wine high, or perhaps the soundtrack from an indie romantic comedy set in New York’s autumn.