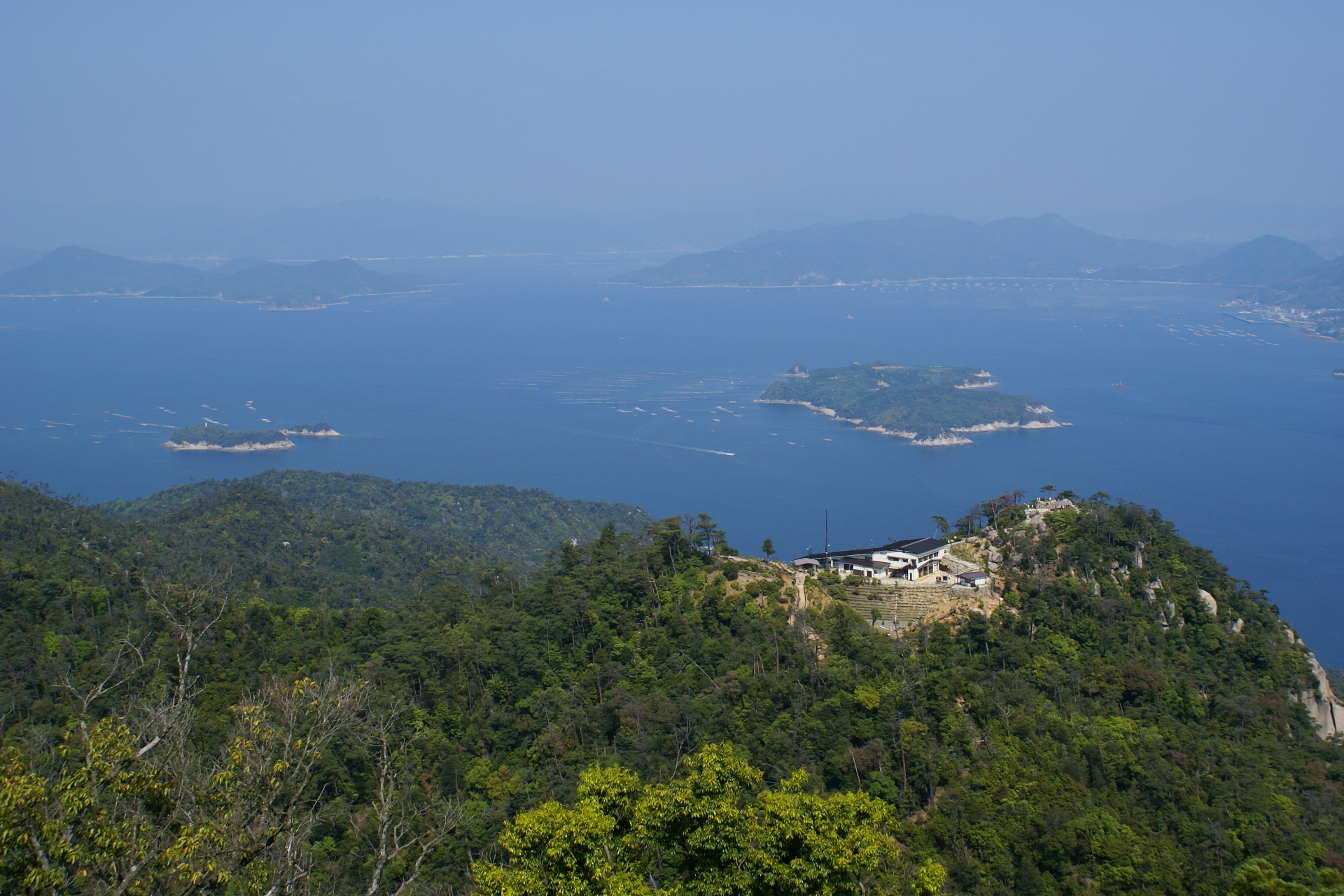 As mentioned in earlier posts, there are more hiking experiences in Hiroshima than one might immediately expect. One of the more rigorous and interesting is the Mt Misen hike on Miyajima to the west of Hiroshima city. Miyajima has been regarded as a sacred island of divine power channeling the Shinto faith since time immemorial. Most notably from the Heian Era and is significant in the history of the rise of the military class.

The Seto Inland Sea was formed approximately 6,000 years ago, and Itsukushima (Miyajima) Island was separated from the mainland. There are three peaks on Miyajima: Mt. Misen at 535m, Komagabayashi at 506m, and Mt. Iwafunedake at 466.6m. Mt Misen is the highest of the three and selected as one of Japan’s Top 100 Mountains” by mountaineer Motoh Iwasaki.

It is said that Buddhism was first practiced on Mount Misen by Kobo Daishi, the founder of the Shingon sect and one of Japan’s holiest religious persons. Near Misen’s summit stand several temple structures that belong to Daisho-in Temple at the base of the mountain.

I recommend a good look at the Misen Hondo (Misen Main Hall) and the Reikado (Hall of the Spiritual Flame). The latter houses a flame which legend states was lit by Kobo Daishi when he began worshipping on the mountain, and it has been burning ever since. Auspiciously it was the flame used to light the Peace Flame located in the center of Hiroshima Peace Park. 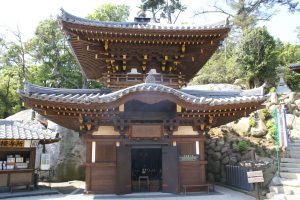 By train and ferry

Alternatively, you can take a Hiroshima bound tram (#2) that departs from Hiroshima station and passes through the center of the city en route. The tram is a slower trip but costs only ¥270 one way.

From Miyajimaguchi Station, it is a short walk to the ferry pier, where ferries depart approximately every 15 minutes for Miyajima. Two separate ferry companies are servicing the island from this port: JR and Matsudai. Both companies’ ferry rides take 10 minutes, and both cost ¥180 one way.

The gondola cable car (aka ropeway) station is a ten-minute walk inland from Itsukushima Shrine or a 20-minute walk from the Miyajima ferry pier. The ride up the mountain takes about 20 minutes with a transfer of ropeways along the way. 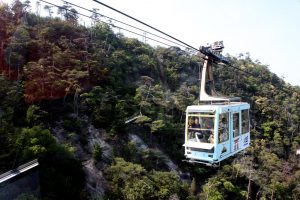 From the ropeway’s upper station at Shishi-iwa stop, it is an approximately a 30-minute walk up to the summit along a rather steep hiking trail. The Misen Hondo and Reikado buildings are located along the path, about five minutes before the summit. 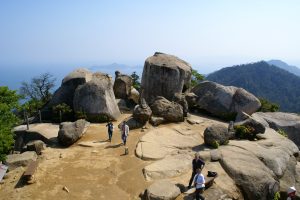 The hike up from the base in Momijgadani Park is straight forward but steep, so you might prefer to take the ropeway up and hike down.

Momijidani Course
Around 1 hour 30 mins
A sloped road and mountain trail climb through the forest.