Miyajima – A Holy Island That’s Wholly Worth a Visit 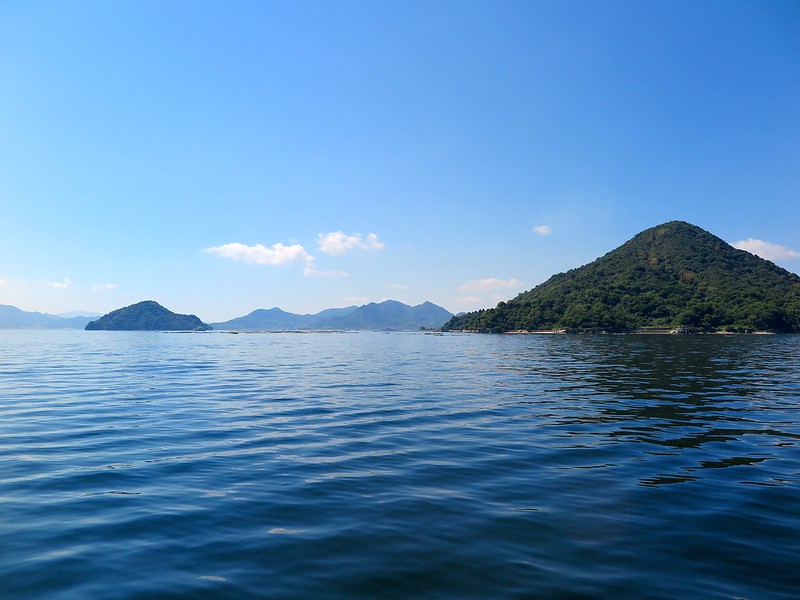 Miyajima – A Holy Island That’s Wholly Worth a Visit

Hiroshima Prefecture has much to offer it, from the hustle and bustle of the city, the somber and thought-provoking memorials, the striking scenery of the hills and gorges, and the sparkling waters of the Seto Inland Sea. But perhaps the most striking area of the region is Miyajima Island.

Just a brief ferry ride from Miyajimaguchi, Miyajima is a must-see for anyone spending time in Hiroshima, whether for a short day trip or spending a couple of days there at one of its many ryokans and minshuku [Japanese style hotels and guest houses, respectively]. Whether you are a fan of temples and shrines, seafood, or just love walking around spots of great natural beauty, Miyajima, has something for you.

What to do at Miyajima

In actual fact, the island’s correct name is Itsukushima (厳島), though it is most commonly referred to as Miyajima (宮島), which means ‘shrine island’, and with good reason, as it is broadly known for the Itsukushima Shrine. 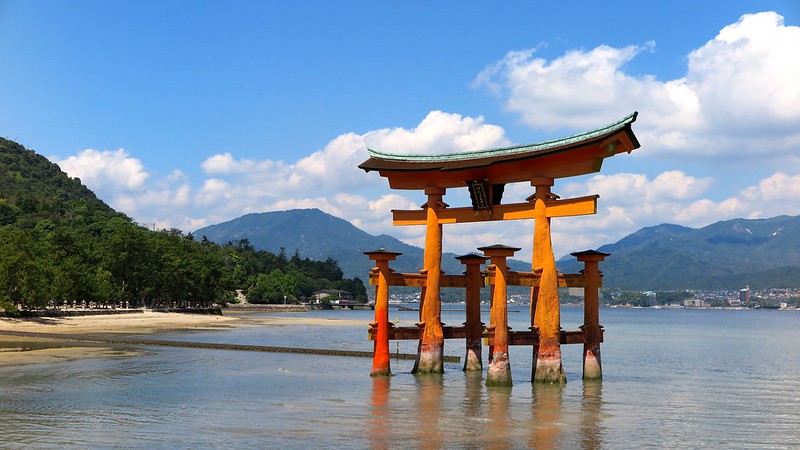 Listed as a UNESCO World Heritage Site, Itsukushima Shrine originates from 593, but the current structure was put in place in 1168. While it has many stand-out features – such as a noh theater stage, the main hall, and a prayer hall, all of which are beautifully connected by boardwalks above the sea – there is no doubt that the star of the show is the iconic and world-renowned floating Torii-gate. Unfortunately, the gate is currently (October 2020) going under refurbishments and is covered by scaffolding – as is a portion of the shrine. Though the stated date for completion had been August 2020, things seem to be a little bit behind schedule, and it may remain covered into the new year. Located at the base of Mount Misen and founded by Kobo Daishi, Daisho-in is one of Shingon Buddhism’s most important temples, and as such is an essential stop for anyone who loves pagodas and sweeping Buddhist architecture. As well as the Kannon-do Hall, a tea room and other structures, you can also discover a cave filled with 88 icons, each representing a temple on the Shikoku Pilgrimage trail.

From Daisho-in you can easily access the trails that take you up and around Mount Misen, the island’s highest mountain. There are two other trails that take you up the mountain, the Momijidani Course and the Omoto Course, but of the three, the route from Daisho-in is the most pleasant, affords the most spectacular views, and requires the least effort. The least effort of all, however, comes from taking the ropeway, though from there it’s still another kilometer to the summit. Walking, it takes about 2.5 hours to get to the top, but you are rewarded with some beautiful views of Hiroshima and the Inland Sea. 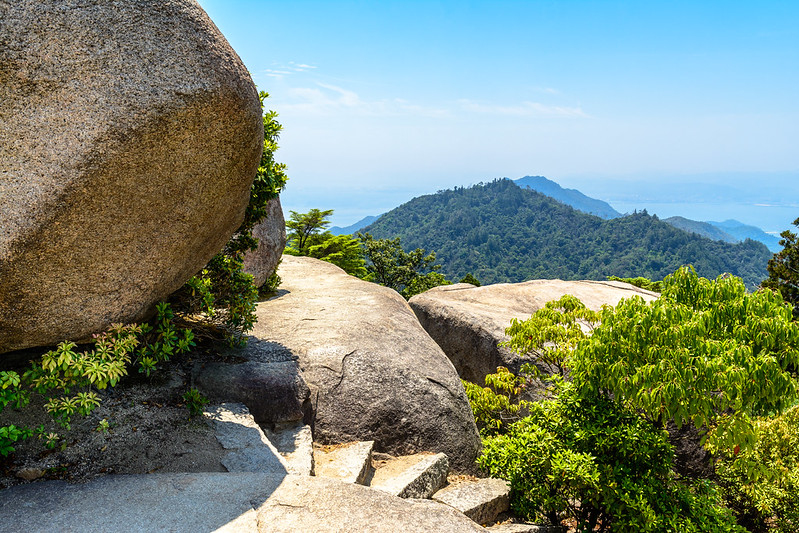 At the far end of town, you can find Miyajima Aquarium, an attraction that shows off the varied sea life that can be found around the Seto Inland Sea, as well as from around the world. As well as the more usual creatures one would expect to find, there is also an example of an oyster farm, as oysters are a particular specialty from the area. 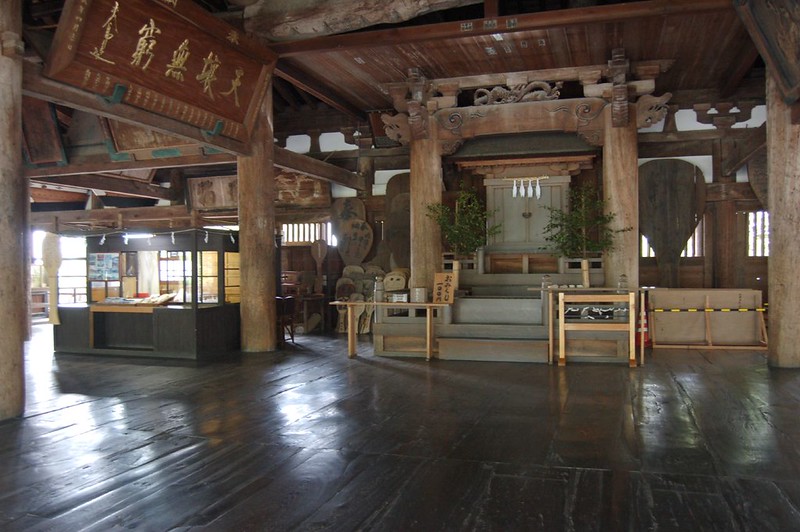 Commissioned in 1587 by unifier of Japan, Toyotomi Hideyoshi, Hokoku Shrine is more commonly known as Senjokaku [pavilion of 1000 mats], a reference to its impressive size. Its original purpose was to be a place for monks to chant sutras for soldiers who had fallen in battle, though Hideyoshi’s death before its completion means that it remains unfinished to this day. However, as you wander through its spacious and somewhat spartan hall, it is not difficult to picture the ancient scene. If all of that culture has tired you out, then what better way to recuperate than heading to Omote Sando Shotengai, the island’s shopping street? Here you can buy all sorts of souvenirs from the local area, though you do have to be wary of the tame and inquisitive deer. They can be found all over the island, but they are most prevalent in the town and are always looking to nab from you some of the island’s local delicacies. Speaking of which…

What to eat at Miyajima

As mentioned, oysters are very much key to Hiroshima Prefecture, and a wide proportion of the oysters that you come across around Japan will likely have been farmed in the area. In Miyajima you can find oysters in almost any form, but ‘kaki furai’ [breaded and deep-fried oysters] are by far the best, closely followed by ‘kaki kari pan’ [same as above, but with curry sauce inside]. If you want something sweet, then you have to try ‘momiji manju‘. These moist steamed buns come with all kinds of fillings – green tea, custard, red beans, the list goes on – and are shaped like momiji [maple leaves] reflecting the fact that Miyajima is one of the country’s most beautiful spots for viewing the autumn foliage. Where: Miyajimacho, Hatsukaichi, Hiroshima (map)
Getting there: It is a brief walk to the ferry pier from Miyajimaguchi Station, and ferries depart pretty often for Miyajima. It takes about 10 minutes and costs 180 JPY one way.