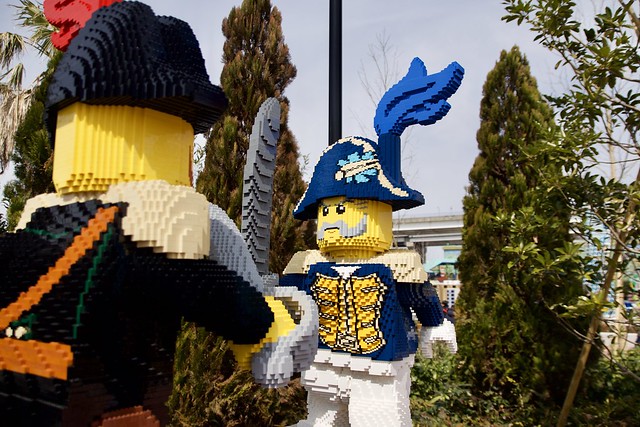 Theme parks are one of the best ways to entertain the family all day, leave them enthused and exhausted, and talking about their adventure for many years to come. Of course, Japan has its fair share of amusement parks, however most of these cater to older children and even adults.

Thankfully, LEGOLAND Japan is a theme park tailored to families with young children aged two through twelve with over 40 attractions, meaning that those of us with younger kids can get in on the action. And what’s more, it’s right here in Nagoya!

What You Can Do at Legoland Japan

LEGOLAND Japan is an expansive theme park with a number of zones filled with fun activities for all of the family to enjoy.

Ever wondered how LEGO is made? What better way to see the famous building blocks being built than a tour of the factory, and watch the magic take place for yourself.

Learn about the history of how LEGO began and developed, see the machinery it takes to make the different pieces, and at the end of the tour, receive a fresh piece of LEGO right off the production line as a souvenir to take home.

This medieval land is chock-a-block with rides and amusements to thrill, terrify and exhilarate your children of any age.

Pedal your way into the air with Merlin’s Flying Machines, get in a spin on Merlin’s Challenge carousel, and scream to go faster on the climbs and falls of The Dragon rollercoaster.

For your budding creatives there are a number of stations at which you can make your own LEGO creation, including flying contraptions and robots.

Yo-ho-ho and a barrel of, um, juice! In this pirate-themed world you can ride a spinning pirate ship, climb about in Castaway Camp and fire water cannons as you make your way through pirate-infested waters.

Want to see Tokyo, Osaka, Kyoto and Nagoya all in one day? Now you can, and so much more. Using more than 10,496,352 LEGO bricks, Miniland recreates ten landscapes and city skylines from all over Japan.

See your children grow up and become responsible members of society before your very eyes! At LEGO City, kids can learn to drive electric cars at the driving school – picking up a license as they do – fly a plane, steer a boat, help the police and even save a “burning building”. There is also the Splash Pad water park, though it is seasonally dependent.

Until May 6, LEGOLAND Japan is celebrating its second anniversary, which means that there are a number of extra events going on. In this event for children from 2 to 12 years, train to become a fully-fledged ninja! There are six challenges to undertake to attain your Ninja License. If you pass all six, you will be entitled to priority entry to LEGO® NINJAGO WORLD, due to open in July 2019!

On Friday, Saturday, Sunday and Monday from 14:15 there will be a greeting show at Sea Life Nagoya, featuring underwater divers.

If you can find and take three pictures of Shark Guys hidden in Sea Life Nagoya and  LEGOLAND Japan (Submarine Adventure) you can receive a special Sea life Nagoya block when you show your pictures to staff members.

Around the park there will be specially-built lego models, such as a beautiful cherry blossom tree. Behind Miniland, from 16:00 or 16:30, there is also a daily Feel the Emotion show, performed by all your favorite LEGO characters!