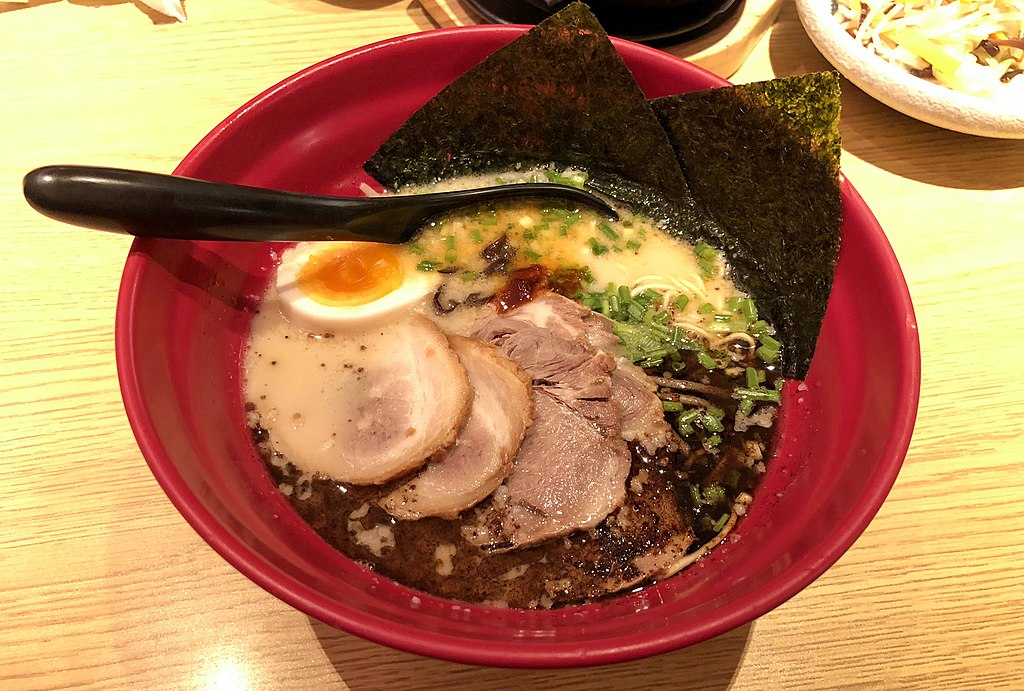 The Japanese have many hearty winter meals served at festivals and family gatherings during the colder months. Each region has its specialties and twists on popular classics with Kansai being no different. Here is a selection of popular meals for you to try over the coming months.

Ramen is one of the most common and well-liked Japanese dishes with several notable regional variations. The ramen from the southern Wakayama Prefecture is often voted the best ramen in the region. It consists of thick, chewy noodles served in a hearty tonkotsu-shoyu broth made with a mix of soy sauce and pork bone. The Ide Shoten restaurant has gained a reputation among visitors for its quality ramen, served with a hard-boiled egg. Well worthy of a visit if you find yourself in the area in the wintertime.

If you’re a bit of a daredevil when it comes to cuisine, then you might want to check out the Japanese fugu (pufferfish). This highly poisonous fish has to be prepared by a qualified and licensed chef to make it safe for consumption. It’s a popular – and expensive – delicacy among locals and tourists. A Kansai specialty with fugu is tecchiri, which is a hot-pot dish made with vegetables, including Chinese cabbage. The pufferfish is cooked on a stock made with kombu (seaweed) and eaten with a ponzu or soy sauce.

Yudofu – literally “hot tofu” – is one of the simplest hot-pot dishes to make. Originating in Kyoto and popular with Buddhist monks, it is made from slowly cooking tofu pieces in a simmering dashi broth and serving with condiments such as ponzu or soy sauce for dipping. To vary things up a bit, you can add vegetables such as green onions or shredded daikon. Yudofu can be found in many restaurants and cafes across Kansai and is consumed by many throughout the winter season.

Ozoni is a traditional Japanese soup eaten on New Year’s morning that is known to bring good luck throughout the year to all who consume it. Its core ingredient is mochi rice cake and also includes miso paste, dashi stock, and root vegetables. Like many other Japanese dishes such as ramen, ozoni has its regional variations. In Kansai, ozoni usually consists of spinach, carrots, potatoes, and bonito fish flakes. It’s also common to use yuzu peel as a garnish for that finishing touch.

This is a warming stew dish perfect for those cold evenings. Nikujaga translates as “meat and potatoes”. In addition to beef (in contrast to the pork used in the Kanto region) and potatoes, you’ll find a hearty mix of carrots, onions, snow peas, and other vegetables cooked in a sweetened soy sauce. The stew is traditionally served with boiled white rice. Nikujaga is said to have been influenced by the British Royal Navy in the late 19th century.

Udon-suki is a regional variation of the “nabemono” hot-pot dishes cooked across Japan in a clay pot. The Kansai variation of this – udon-suki – originated in Osaka. The dish involves slowly cooking udon noodles in a kombu stock. Various ingredients can be added, including shrimp, oysters, crab, duck meat, shiitake mushrooms, and Chinese cabbage. Each ingredient will deepen the flavor of the broth, making this winter warmer a tasty treat.