July Festivals Around Nagoya and Beyond 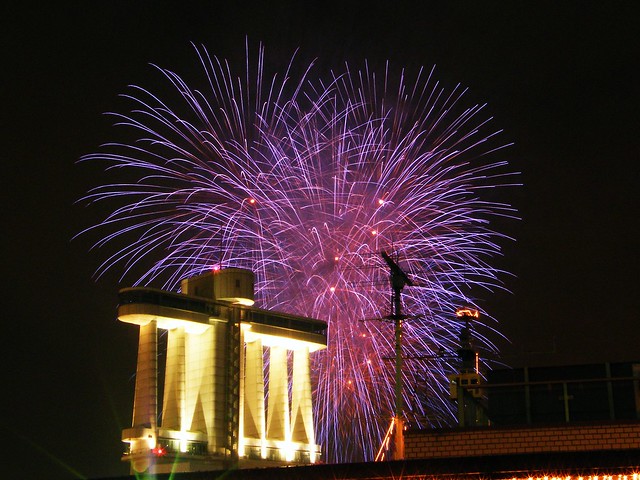 July Festivals Around Nagoya and Beyond

Though the air is getting hot and sticky and permanently filled with the perma-drone of cicadas, July is perhaps one of the best months in Japan (and not just because it’s my birthday). That’s July marks the beginning of the matsuri [festival] season. It is a time when local communities gather in their yukata or jinbei dress to celebrate ancient traditions, pray to local deities or, more often than not, eat some good food and get a little bit squiffy.

There are a good number of matsuri in and around Nagoya this month, and below you can find a few select ones that you should definitely check out.

While there are hanabi [firework] matsuri earlier in the summer (the Nishi-Biwajima and Atsuta festivals, for example, occur in June), this is the first big one of the year.

Taking place on the ‘marine day’ public holiday, the Nagoya Port Festival, or Nagoya Minato Matsuri as it is also called, began in 1946 as a celebration to help raise spirits and encourage positivity following the destruction caused by WW2. The festival runs from 12:30, but the main draw for the huge crowds is the display of around 3,000 fireworks.

The largest fireworks festival in the Higashi Mikawa area, the Toyohashi Gion Festival has its origins in the early Edo era and still retains much of its old-world charm. Spread over three days, the Friday sees competitions held between eight localities with displays of of tezutsu [hand held] firework cannons, which look far more dangerous than is strictly necessary.

Saturday is a time for the more-modern fireworks performance, with around 12,000 explosions filling the air. On Sunday the festival winds down with traditional performances of sasa odoi dances, parades and processions, and the carrying of portable mikoshi shrines.

Though there are conflicting origin stories, this 500 year old festival is said to have its beginnings in a time when the rival Northern and Southern Imperial courts were battling for supremacy. The story goes that Prince Ryou, the grandson of Southern emperor Go-Daigo, had escaped to Tsushima, and the local warriors subdued his Northern pursuers by a boating invitation on the Tenno river.

Today it is a spectacular event, particularly on the first day of the festival. At around 18:00 there are demonstrations of matchlock weapons, shamisen (a Japanese string instrument kind of like a banjo) as well as other traditional Japanese arts and music. At 19:00 teams begin to light lanterns that are attached to the boats and amidst a fireworks display the boats set sail down the river, floating serenely towards the Tennogawa park, before returning. You can read more about it here.

Depending on adherences to the Chinese and Gregorian calendars, the Tanabata festival (Star Festival) is celebrated at different times around the country. But the Ichinomiya Tanabata Festival is one of the top three in Japan, and is held to show gratitude to the Yorozu-hata-toyo-akitsushi-hime-no-mikoto, Hatori Shrine’s god of textiles, Ichinomiya’s leading industry.

The festival began in 1956, and is held over four days with traditional Fukinagashi decorations made by the locals fluttering in the streets. There are a number of stage events around Masumida Shrine, Honmachi Shopping Arcade, and Owari-Ichinomiya Ekimae Building, as well as the Obon-Odori dance, Miss Tanabata and Miss Textile’s Jinrikisha parade, Japanese dancing, folk songs, bands, and Taiko drum performances.

Toyohama’s Tai (sea bream) festival is one of the strangest you are likely to see this summer. Each area of the city builds their very own giant fish – around eighteen meters long and six meters high, made of bamboo and colored cloth – which are then dragged to the beach by armies of near-naked locals. There the tai go into battle, crashing into each other as the men kick up clouds of sand into the air, before being dragged out into the sea. 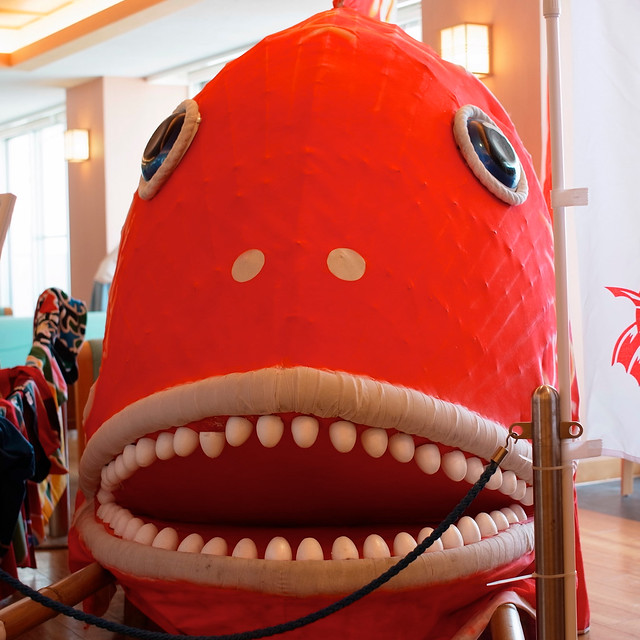 The festival comes to an end with a fireworks display, and the fish are lit up from within and paraded through the city. A sight to behold.

Taking place on the banks of the Nagragawa river, this immense fireworks competition sponsored by the Chunichi Shinbun newspaper is perhaps the most spectacular in the area. For the best seats join the massed crowds (up to 400,000 people) on the river’s northern bank to watch around 30,000. 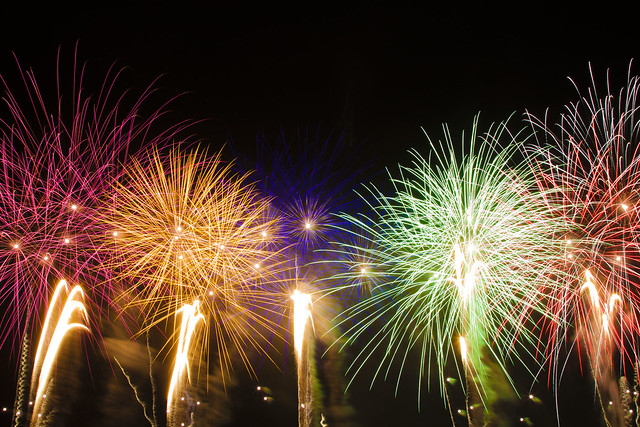 “Oiden” comes from the local Mikawa dialect.  It means “Come on,” as in come on and dance, and  this festival brings hundreds of dance teams to the center of Toyota City to dance to the “Oiden song.” The festival itself takes place throughout the weekend and concludes with almost two hours of 12,000 fireworks set to music.

If you are interested in finding your own yukata or jinbei to wear to a festival, check out this article about where to buy them.

And if you are looking to whet your appetite for the festival food (or are unsure about what it all is) read this piece too.

Image: superidoljp via flickr.com [CC BY 2.0]