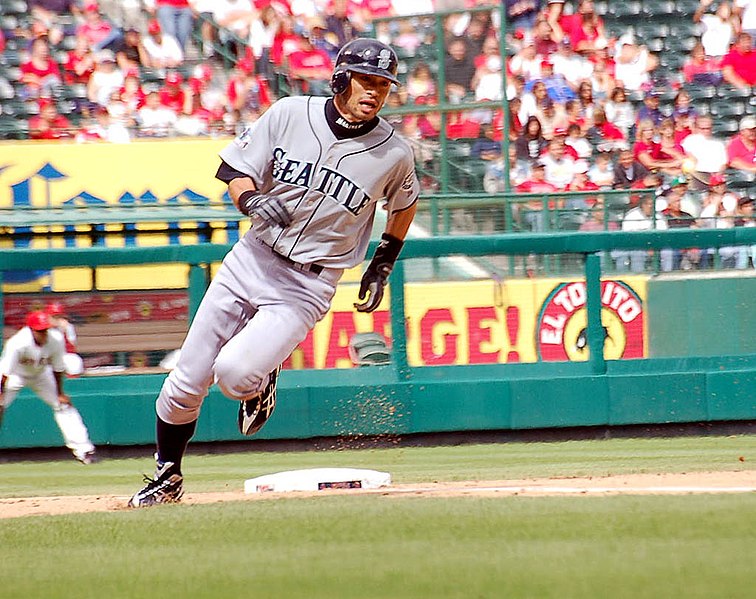 Since being introduced to Japan in 1872, baseball has risen to become a national pastime bordering on obsession, in many eyes supplanting sumo as the nation’s number one sport. In its near 150 years history, one man has risen as perhaps the greatest player to take to the diamond: Aichi’s own Ichiro Suzuki, best known on both sides of the Pacific as Ichiro.

A Small Kid With Big Dreams

Ichiro was born in 1973 in Toyoyama, a small town to the north of Nagoya near the old airport. From a very young age, despite his slight frame, Ichiro’s father, Nobuyuki, recognized an innate talent in his son. After the boy expressed a desire to play professionally, Nobuyuki designed a grueling training routine. When Ichiro attended the Aikodai Meiden school in Nagoya’s Chikusa Ward, known for its sports prowess, Nobuyuki went as far as to instruct the school coach not to praise his son to develop his mental toughness. Ichiro himself later compared the treatment by his father as something akin to hazing. However, there can be no doubt that future mental fortitude has been a continued attribute to his phenomenal success.

Ichiro led Meiden in the prestigious Koshien high school baseball tournament, and though they were unable to reach the finals, their star pitcher and batter stood out. However, despite this and his incredible statistics throughout his senior year, concerns over Ichiro’s physical attributes – he was just 177 cm tall and weighed only 56 kg – meant that in 1992 he was not picked up until the fourth and final round of the Nippon Professional Baseball (NPB) draft.

Feeling the Blues with Orix BlueWave

Ichiro’s statue was not the only issue that posed a threat to his career in those early days. Having been signed to Orix BlueWave, due to team manager Shozo Dio’s distrust of his unorthodox ‘pendulum’ swing, Ichiro was immediately farmed out to the minor leagues.

Fortunately for Ichiro, in 1994, BlueWave installed a new manager, Akira Ogi, who recognized his abilities. Introduced in the starting lineup as lead out batsman, Ichiro set a Japanese single-season record with 210 hits, the first player ever to top 200 hits in a single season. Part of this success must no doubt be attributed to his relentless zeal for practice and self-betterment. “He spent most of his free time in the batting cage,” noted S. L. Price of Sports Illustrated, “with teammates coming and going from breakfast, lunch, nap, dinner to the endless tattoo of his bat on the ball.”

Ichiro spent seven full seasons with BlueWave, in which time he earned seven batting titles and set a national record for getting to first base in fifty-seven consecutive games. He was named MVP three times, and in 1998 led BlueWave to their first Pacific League pennant. Ichiro became a national icon. Having, at Ogi’s recommendation, switched the name on his jersey from ‘Suzuki’ – the second most-common family name in Japan – to the more recognizable ‘Ichiro,’ like ‘Air’ Jordan of the NBA, he had become a household name, a cultural asset and a commodity, a reputation enhanced by his penchant for sunglasses, backward caps and tight-lipped ‘mystique’ with journalists.

A Major Player in the Major League

Thanks to this brand awareness and his phenomenal skills, it was only a matter of time before the MLB came calling, and in 2000 the Seattle Mariners offered BlueWave 13m USD to discuss terms with Ichiro. With that, he became the first position player (by this time he had moved from pitcher to outfield) to sign for a US baseball team.

American commentators reiterated fears over his physique that had dogged his early career. Ichiro put those fears to bed in his first season by leading the major leagues in both batting average (.357) and stolen bases (fifty-six). In doing so, he became only the second player to be voted American League Rookie of the Year and Most Valuable Player in the same season. According to New York Yankees’s manager Joe Torre, Ichiro “doesn’t seem to have any weaknesses.”

Ichiro’s success was followed with great interest in his native Japan, with fans paying thousands of dollars on baseball tours just to watch him play, and they rarely left unsatisfied. In 2003 he became only the third player in history to begin his career with three 200-hit seasons. He went on to play in ten All-Star games, attained ten Golden Glove awards, and in 2004 he beat George Sisler’s long-standing record with his 258th hit of the year, a moment he later called “the greatest moment of my baseball career.”

Despite his mounting frustration at the Mariners’ lack of success as a team, Ichiro signed his second contract for the team in 2007 for a reported 90m USD. Over the length of that contract, Ichiro continued to smash batting records while appearing in successful All-Star teams. However, as his contract came to an end, and with the Mariners undergoing a rebuilding process, it was time for him to move on. 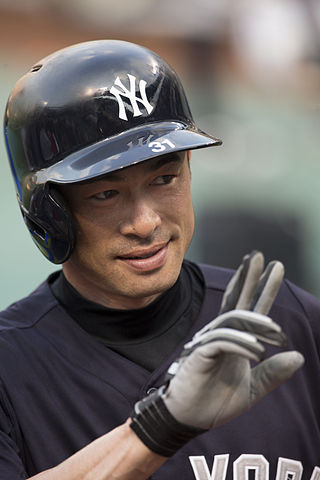 Upon joining the New York Yankees in 2012, Ichiro took a more peripheral position – he was moved out to left field and batted at the bottom of the lineup – he still went on to lead all MLB players in batting average, hits, steals and OBP in that year. This saw him move up the batting order before playing in his first-ever postseason series where the Yankees fell to the Detroit Tigers in just four playoff games.

Ichiro continued to smash milestones, collecting his 4,000th professional career hit in 2013, only the seventh player known to have done so, and in 2014 he passed George Sisler on the all-time hit list with his 2,811th hit.

After two seasons with the Yankees, Ichiro moved down the east coast to the Miami Marlins, where he recorded his 4,257 career hit, breaking Pete Rose’s all-time record for hits in top tier professional baseball, prompting the Japanese media to dub him ‘The Hit King”. Ross, however, was less complimentary, insinuating that Ichiro’s NPB hits were less valid, comparing them to high school stats.

Unperturbed, Ichiro surpassed Panamanian-born Rod Carew as the all-time leader in MLB hits among foreign-born players and set a major league record for most pinch-hit plate appearances in a season.

At 44 years old, Ichiro returned to the Mariners in 2018 as the second-oldest active player in baseball, behind only Bartolo Colón. In that same year, he moved into the coaching staff, though refused to rule out a return to active duty. Ever-indomitable, Ichiro returned to the field in the Mariners’ opening game against the Oakland Athletics, fittingly held in Tokyo Dome.

In the second game, the last of his professional career, Ichiro took his spot in right field from where manager Scott Servais pulled him in the eighth. In front of a sellout stadium of 45,000, as his 28-year career came to an end, he turned and waved to the crowd of Japanese fans who had risen to their feet to celebrate the landmark occasion. As chants of “Ichiro, Ichiro, Ichiro” rang down, he was greeted by emotional embraces from teammates. “After the reception I got today, how could I possibly have any regrets?” he later said.

For a man whose illustrious career is signified by an unrivaled work ethic, an intense drive for success, a phenomenal list of records, who left everything out on the field, what regrets could he, a guaranteed future Hall of Famer, have?

As the song says, he was, nay is, unbelievable.