A couple of years ago, there was some consternation amongst Nagoyans when the tall trees that lined Sakae’s Hisaya Odori Park were chopped down one by one. The two-kilometer long park was an oasis of green in an otherwise concrete landscape, and with the area slated for redevelopment as a shopping complex, many lamented its passing. However, judging by the current popularity of its replacement, the new Rayard Mitsui Shopping Park, it seems that the loss of the trees has been put to the back of many minds.

Situated around Nagoya’s iconic TV Tower, the Rayard Mitsui Shopping Park is a complex of high-end restaurants, cafes, and stores, in which you can mill around the shops, enjoy a coffee or something stronger, grab a bite to eat, or simply enjoy the sunshine on the grass. 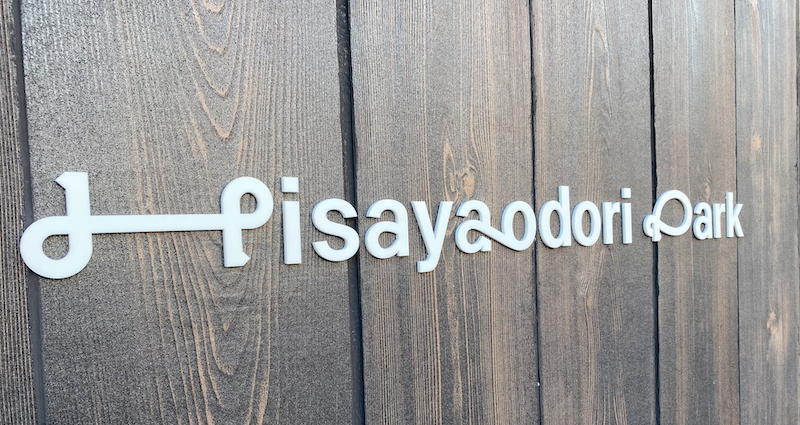 The park is separated into four zones, each with its distinct feel and flavor. Zone 1, the most northerly area in the direction of Nagoya Castle, remains mostly parkland, as is Zone 2, though the latter does have a decent Korean barbecue restaurant in Yakiniku Tokugawaen, a few cafes, and a branch of Nagoya’s renowned sake bar Koji Marutani. 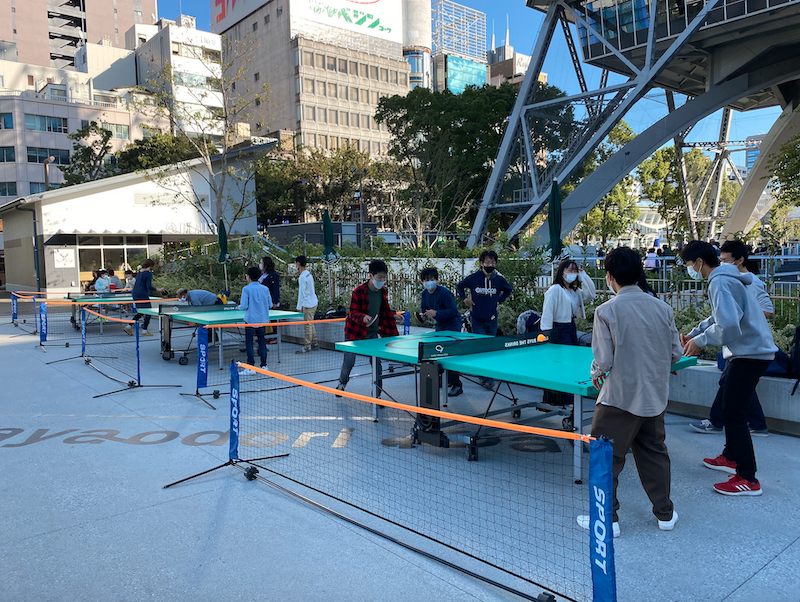 Zone 3, at the north foot of the TV Tower, has a few outdoor shops, some men’s fashion, and Hit Stand, a beer and outdoor table tennis establishment, which though a strange concept, it is proving to be extremely popular. But it is Zone 4 on the south side of the TV Tower that has the most to offer, with numerous upscale stores, cafes, and patisseries.

Most of the shopping can be done in Zone 4, where you will find premium stores such as  Coach, Tommy Hilfiger, Orobianco, and Ralph Lauren, the latter of which even has its own cafe. (Actually, it seems that most stores at Rayard have a cafe affiliated with it for some reason). 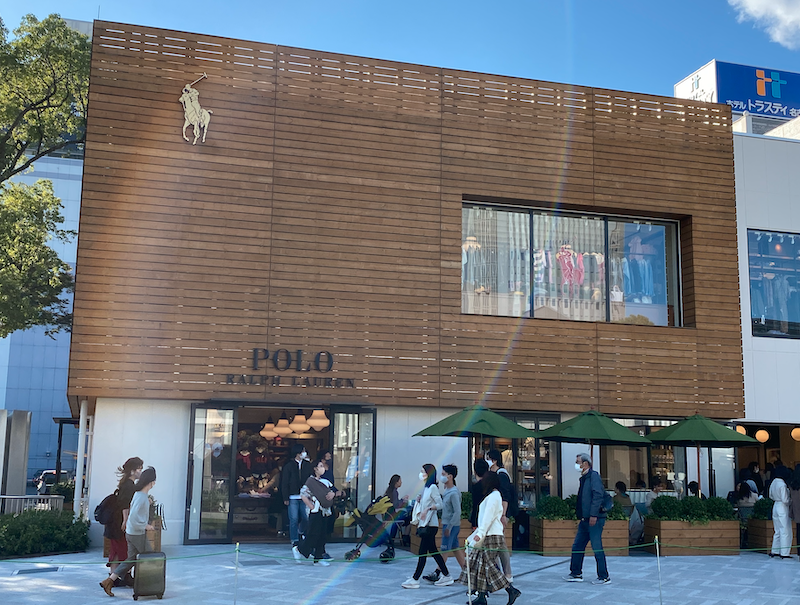 If you are looking for men’s fashion, however, you have little to choose from, as the men’s sections in these stores – if they have one – are by far and away the smallest part of the shop. In Zone 3 you can find Narifuri, but this predominantly sells cycling apparel.

As previously noted, if you are looking for a place at which to grab a coffee or a snack, you’d have to try pretty hard not to find one. There are the standard coffee shops such as Tully’s, but if you want to go for something a bit more interesting, check out the Cafe Peanuts, with its Snoopy-branded light bites and desserts, Hario Cafe, and Lampwork Factory (an 0P9odd combination, right?) or head upstairs to Cafe de Paris, which does an excellent line in fruit parfaits. Be warned, however, the queue for the latter seems to be permanently around the block. 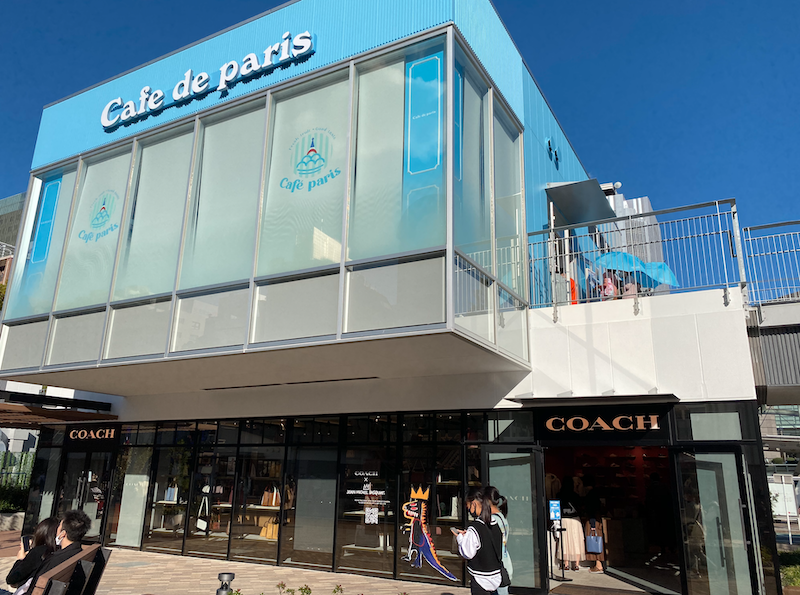 There are also more serious eateries if you want something more substantial, such as the aforementioned yakiniku place, a new branch of Thai restaurant Sukhonta, and Arcoba – an Italian restaurant owned by the chef of famous Kyoto eatery Il Ghiottone – where you can dine on the terrace and watch the world go by. 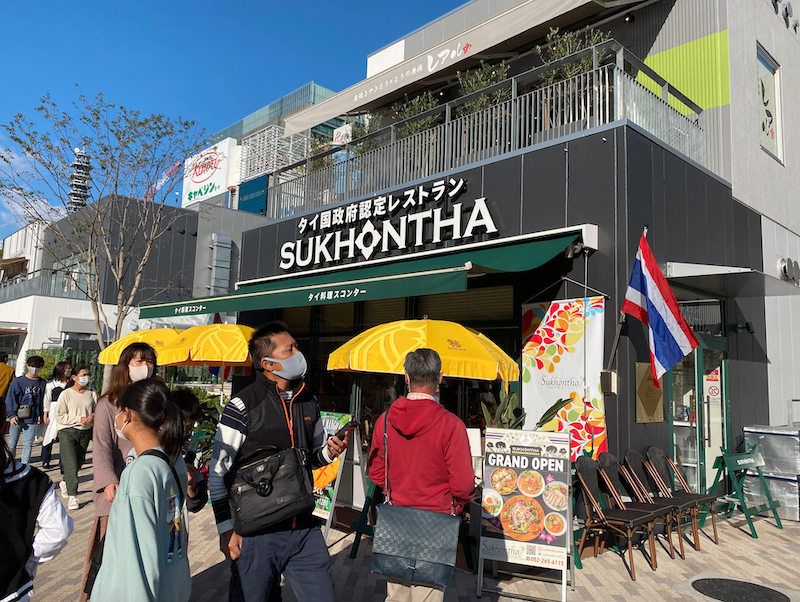 Back in the day, beneath the TV Tower was a popular al fresco drinking spot for many of the young English teachers, armed with bags of combini beers and chuhai. That is no longer the case, as the spot has been transformed into two large bars: The Hub Pub and Farm&. 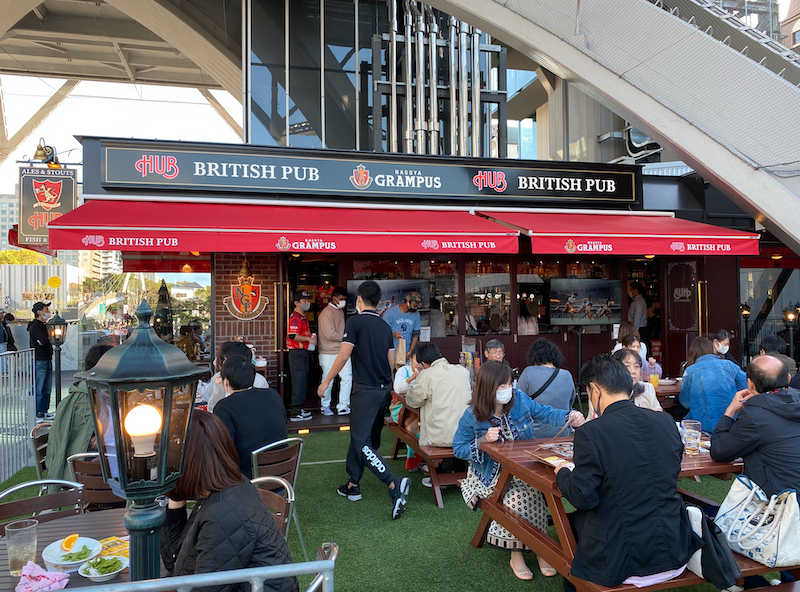 Most expats probably already know about the British pub chain, though this one differs as it has taken the mantle as being the official (I believe) pub of the Nagoya Grampus soccer team supporters, and it also has a nice veranda space. Next door, Farm& is a lively cafe bar with craft beer, live DJs, and you can grab a table directly under the tower. They specialize in hotdogs and also have a gallery restaurant on the TV Tower’s fourth floor. If you want something a bit more refined, Nagoya’s craft beer specialists Y Market have a branch in Zone 1, or pop over to Zone 2 for sake at Koji Marutani.