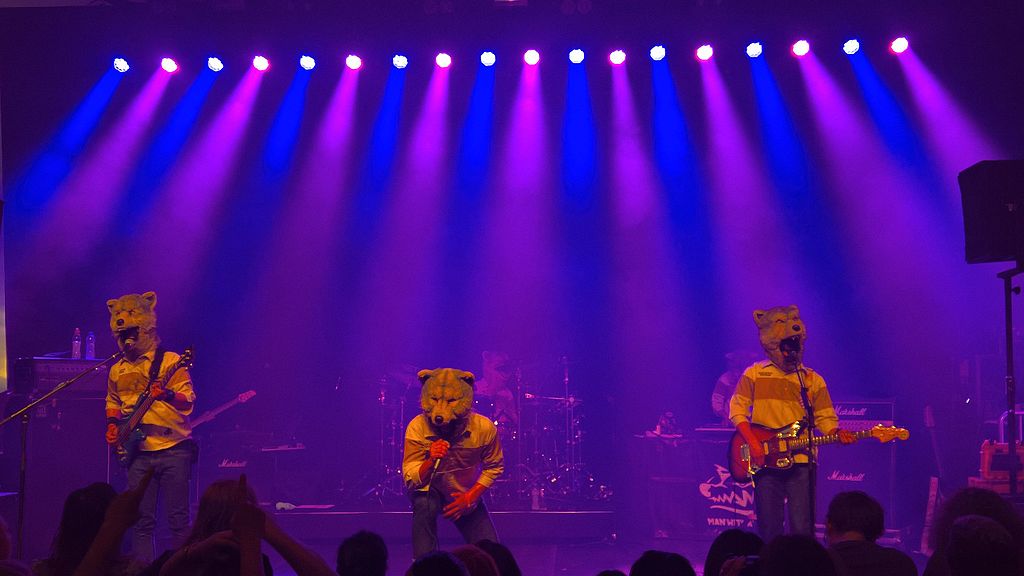 Several times a year, someone will say to me that they miss live music. And while they may really mean a favorite band or venue back home, if you love live music there’s no need to go without, even in a city as relatively compact as Hiroshima. Concerts can be astoundingly expensive, but they may also be free, and venues range from a major sports stadium to any of countless small stages scattered throughout the city. Here are a few of the major options.

Technically the main arena for the Hiroshima Prefectural Sports Center, the Green Arena is a large, vaguely helmet shaped thing northwest of the Sogo Department Store and the Rihga Royal Hotel downtown. It was built for the 1994 Asian Games, and seats about ten thousand. In addition to events like Disney on Ice and sporting tournaments, this is where many of the bands coming to Hiroshima play when a large crowd is anticipated. J-Pop is a recurring theme, but other artists appear here as well, Aerosmith and Oasis being just two of the big overseas draws who have performed since I came to Hiroshima.  The website doesn’t offer much help in terms of an events calendar, but any of the ticketing websites will let you know where the show you want to see is being held. If it’s a major act, chances are good you’ll find yourself perched somewhere in the Green Arena. On April 20, the venue will host Man with a Mission, a baffling Japanese rock band in which all the members wear wolf-masks. The music isn’t bad, though, and at shows like these the fans can be as much fun to watch as the performers.

Another large venue, though nothing like the ten thousand seats at the Green Arena, HGB Hall is also centrally located, just three blocks south of the Peace Memorial Museum. The facility has a restaurant and banquet rooms, and also offers affordable hotel-style accommodations, especially popular with visitors from overseas. The concert hall’s focus tends to be more on classical and traditional Japanese performances, though Bob Dylan also played a memorably awful show here. The website maintains a good calendar of upcoming events, so keep an eye out for anything that looks like it might be of interest. This month, the British classical crossover artist Sarah Brightman will be doing her thing on April 19, a Friday.

A funny little venue, Quattro is very popular with many of the city’s more devoted music fans. Perched atop the Parco Department Store at the east end of the Hondori Shopping Arcade, the club hosts a wide variety of performers, including bands from overseas. Both the Pixies and Go-Go’s have played here in recent years. The crowds are great and the bar, while not a place you’d want to frequent for its own sake, nevertheless boasts good night views of downtown Hiroshima. On April 25, if you like, you can see Hump Back, an energetic and talented three-girl rock unit that will wash all the more commercial idol nonsense right out of your ears.

We’re leaving downtown now, and heading for the port. Blue Live is a large, comfortable concert space a stone’s throw from the water. Generally a favorite either with young bands on the way up, or artists in free fall from past glories. Shows are frequent, and the website keeps a good schedule of upcoming events. Some of these are dinner shows, a little more expensive and, one assumes, a bit more staid as well, but depending on the music that may be welcome. Miyazawa Kazufumi, founder of the famous 1990s band The Boom (Shima Uta, anyone?), will be performing here on April 6. Get your tickets soon!

As I mentioned at the top, there’s a lot more out there once you start looking. Lush Life is a great place to sit with a drink and listen to the house jazz-band jam most nights. Second Crutch is a favorite for hardcore and bands that are possibly too…interesting to fill a larger space. And over at the aggressively arty Organ-za, you can see everything from folk to burlesque to a surprising amount of accordion music. Get out there and explore!

Hours will vary depending on showtimes.

Website: Here, and includes a link to a more limited English page, but there is no dedicated page for concert information. http://www.sports-hiroshima.jp/hpsc/

Website: The top item on the drop-down menu under “Concert Hall” is a link to a monthly events calendar. https://h-bkk.jp/hall/

Access: 10th floor of the Parco Building, at the east end of Hondori, across from Starbucks.

Access: In the Ujina Port district. Best access is to take an Ujina-bound streetcar, getting off at the Kaigandori platform. From there, continue south toward the water, then turn left (east) and look for the large, square venue about 200 meters on.

Additional Info: Some concerts are dinner shows. Keep that in mind, and book earlier.

Additional Websites for Venues mentioned above: