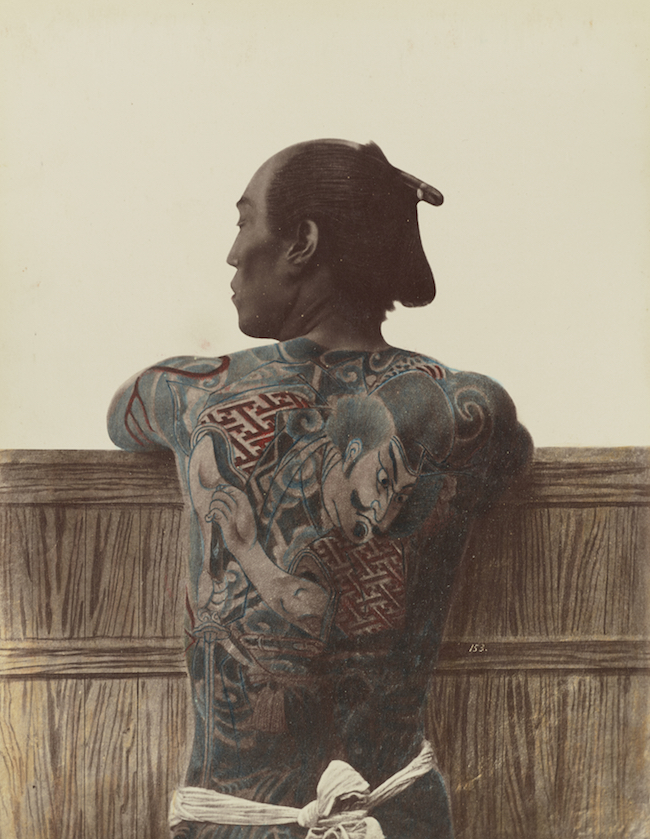 The subject of tattoos in Japan is a bit taboo. The history of body modification in Japan is long, going back as far as the Jomon Period (roughly 10,500 B.C. to 300 B.C.).

But in modern Japan, however, tattooing is immediately associated with criminal organizations, and those with body ink began from society: banned from onsens and pools. The displaying of body art is considered at best low class, at worst criminal.

But this doesn’t tell the whole story. Tattooing is increasingly becoming a form of self-expression, and the cool barista at the artisanal coffee shop is as likely to be inked as a Nakamura Koen thug.

If it is your kind of thing, getting an authentic Japanese tattoo is a fantastic way to remember your time here. Japan is well known for its quality tattoos, and Nagoya is especially renowned.

Below are a few places that are worth checking out, mostly centered around the hip area of Osu. However, bear in mind that it always pays to shop around and make sure the place is up to the standards you require. Also, it makes sense to bring someone who speaks and reads Japanese at a native level. You don’t want to end up like one of these guys, do you!

A Brief History of Tattoos in Japan

The use of tattoos, or ‘irezumi’,(入れ墨, “inserting ink”) in Japan can be traced back to Paleolithic times, when it had both spiritual and decorative purposes, evidence of which has been discovered on clay figurines that were molded with marks that modern historians interpret as either tattoos or scarification.

Later in the third century, Chinese records noted that all Japanese males bore massive tattoos on their faces and bodies, and though at this time they may have been worn as decoration or status symbols, in the Kofun period irezumi began to assume negative connotations as they were used to brand criminals as a punishment.

It was in the Edo period, however, that Japanese decorative tattooing began to develop into a true art form. It was at this time when woodblock printing came of age, with the release of Chinese novel Suikoden, complete with beautiful illustrations of brave warriors inked with images of dragons, flowers, and tigers, that a craze began. Historians are unsure of exactly who it was that wore tattoos. Some believe that it was the working classes. Others postulate that it was wealthy merchants, banned by law from flaunting their wealth, who took to wearing expensive tattoo work under their clothes. However it is certain that firefighters wore them as spiritual protection as they dashed into burning homes.

The art of irezumi went into decline during the Meiji era, with its popularization of all things western. The Japanese government, not wishing to look foolish or uncivilized in front of its new foreign allies, banned the practice. However, irezumi remained popular, and was forced underground, confirming its connotations of criminality.