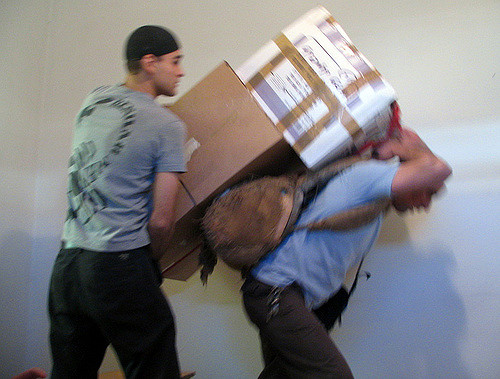 Though the chances of finding your new home in Japan thoroughly barren of even light fixtures and nothing short of four walls, floor and ceiling are slim these days, most standard apartments and other rental spaces don’t come with standard appliances like stoves, refrigerators and HVAC units, things that even the most spartan of apartment rentals in places like the US always have and leave most foreigners wondering how to find most of this stuff when they first move in.

Luckily there are services like H&R Group that take the hassle out of finding furnished apartments so you don’t have to deal with that aspect of it, but what about those other “only in Japan” items that you’ll have to deal with sooner or later in your home? Everything IN the kitchen sink

Instead of an array of steel gears and teeth ready to chew up whatever entered its maw, most kitchen sinks have a small metal or plastic wastebasket wedged into the drain. Of course you’d better empty its contents whenever you wash dishes or otherwise it will create the moldiest gag-inducing scene when you take it apart once it clogs up. But we can do better than this.

All these items are found at your local ¥100 shop

Speaking of the ¥100 shops, most things you need in the kitchen and dining area of your new digs can be had there. I’m a big fan of IKEA and Nittori, but a plate is a plate is a plate, right? Also remember Japanese kitchens are sometimes literally just a nook in-between the front door and the main room; no need to go all out on that Muji designer dish set if there’s no place to store the other 4 pieces! Another part of domestic life in Japan that surprises many: for such a technological innovator in many sectors including home appliances, most Japanese don’t have many of the conveniences they produce, like clothes dryers.

Check any residential neighborhood on a dry day and there’ll be a parade of the family’s wardrobe drying in the sun off many a balcony. A closer look shows a variety of fiberglass bars, racks, clothespin hangers and other assorted gear that the average person needs to get their threads dry after a spin in the washing machine. Again, most of these things can be found at a ¥100 store, but those big racks and bars call for a trip to the nearest DIY home center or a trip online to Rakuten or Amazon to find them. In the past, I have been lucky by simply asking for some of this stuff from the landlord at move in— don’t hesitate to ask!

You’re bound to hear the phrase, “Japan enjoys four distinct seasons” sooner or later, sometimes as if it’s the only location on Earth with that pattern. Nonetheless, there are many incidentals you may want to have on hand as time passes through the year.