Japan’s COVID-19 Tracking App – What You Need to Know 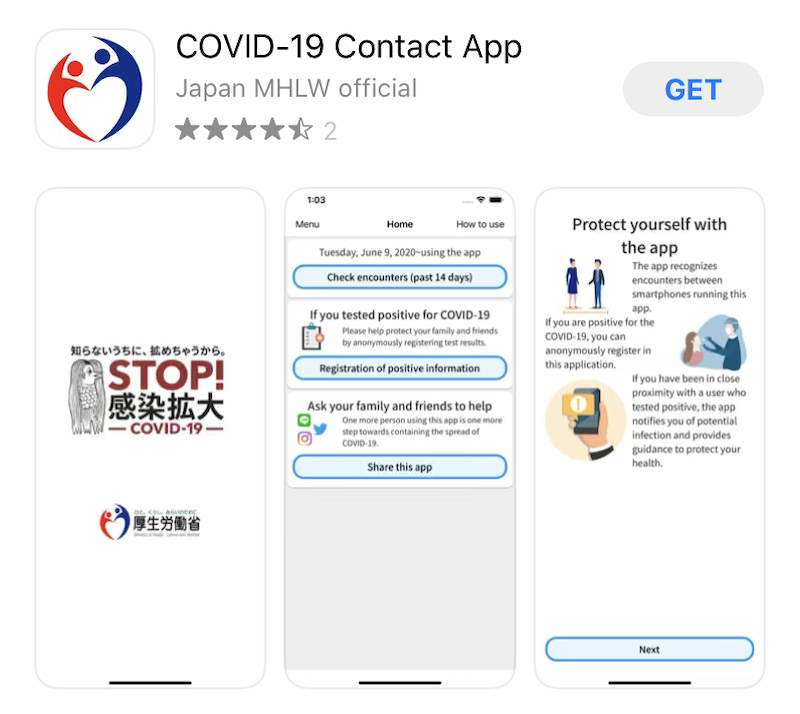 Japan’s COVID-19 Tracking App – What You Need to Know

As a response to the global COVID-19 pandemic, Japan’s government has released a tracking application that will notify its users if they have been in close proximity to an individual who has shown symptoms of the virus.

With Japan significantly reducing its lockdown measures over recent weeks, there are genuine fears that a second wave could affect the nation, particularly after Tokyo saw numbers of infected citizens rise again at the tail end of June. As such, the Japanese government is looking to move quickly to ensure that any outbreak is contained, and to that end, they have launched their contact tracing smartphone application. 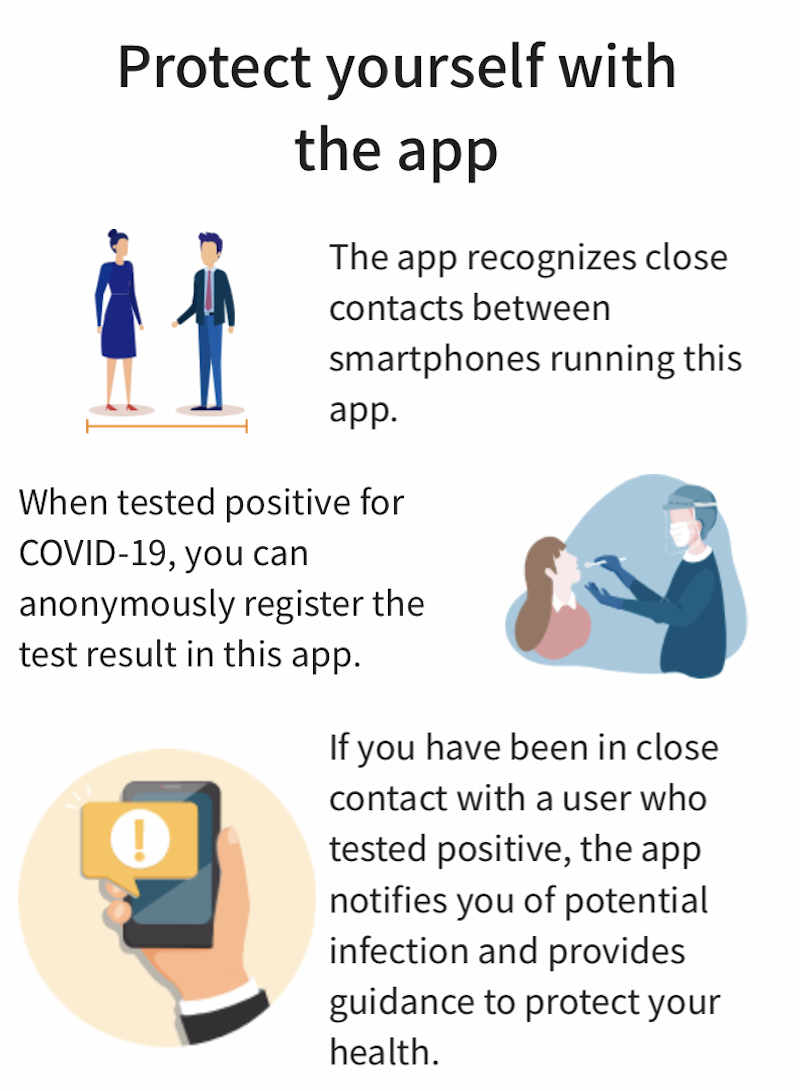 The app works by recording in an encrypted state using Bluetooth wireless technology when individuals who are using the app come into contact with one another at a distance of a meter or less for 15 minutes or more. If a user tests positive and registers this in the application, other users who come into proximity will receive an alert.

Before the release of the application, the Japanese tracing system was based on interviews with infected people conducted by officials from public health centers. This proved ineffective as infected individuals either forgot where they had been or were not forthcoming with this information. The hope is that the application will eradicate this issue. 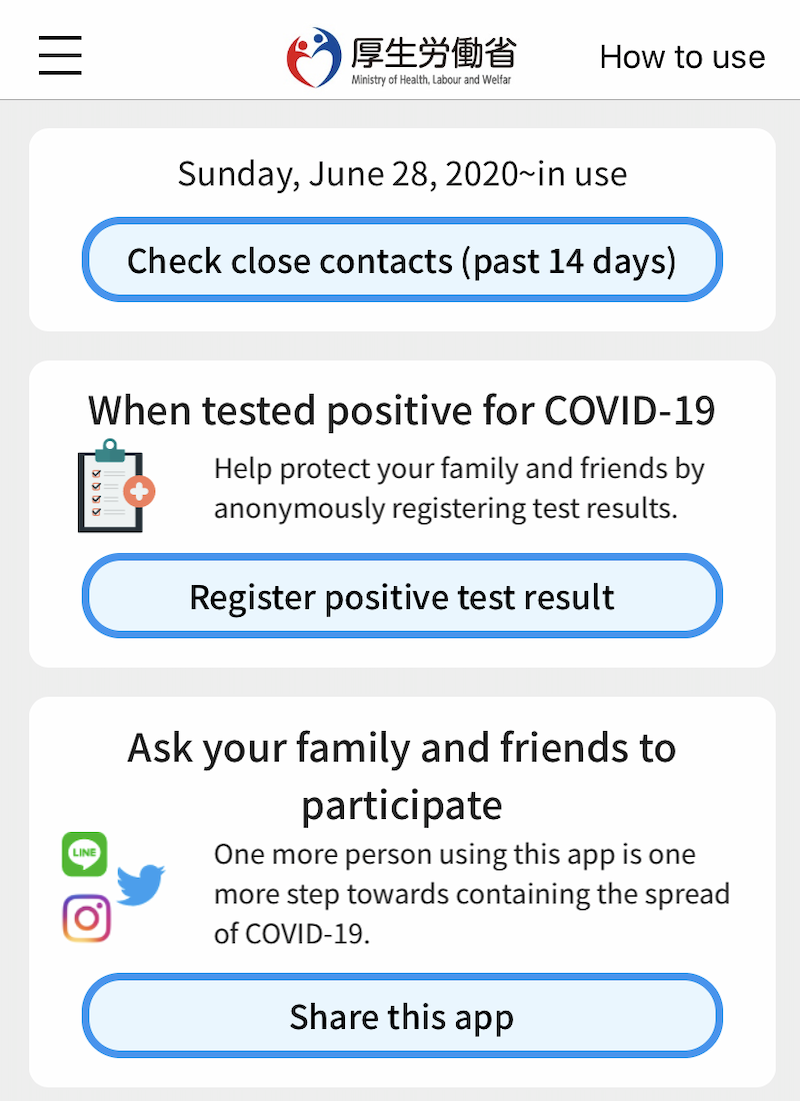 As to be expected, concerns over privacy about the tracking and tracing of individuals were raised. However, the application’s creators insist that no personal information, such as names or phone numbers, is collected, as registering a positive test result only requires that the patient use the “processing number” assigned by health authorities. Furthermore, all data is encrypted, saved locally on your smartphone, and automatically deleted after 14 days.

The COVID-19 Contact App is free to download and available for both OS and Android operating systems in both English and Japanese.