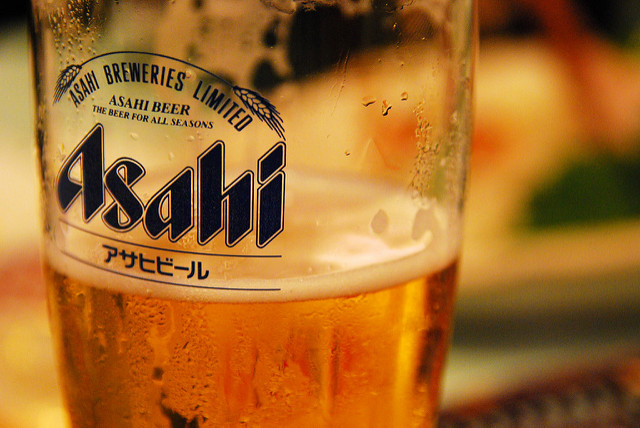 When it comes to alcoholic beverages, the Japanese are most proud of their sake and rightly so. However, while sake is one of the most recognisable totems of Japanese culture, outside of the country, you’ll be hard pressed to find many people who regularly drink it. Yet, when it comes to Asahi Super Dry and Kirin, it is a different story altogether. Pretty much every sushi or noodle bar worldwide is stocked with the famous brews

Asahi and Kirin are of course two of Japan’s biggest brewers, which means that vast quantities of beer are made in factories all over the country. you can find them both here in Nagoya and, for absolutely no charge, you can take a trip around.

In operation since 1962, Kirin Beer Nagoya Factory is the oldest beer factory in the Tokai area, but that doesn’t mean that it is a relic, by any stretch of the imagination.  Its old factory (which is actually in Kiyosu city, 5km from Nagoya station) has since been renovated so visitors may watch the unique brewing kettles for boiling ingredients.

The 75 minutes tour features a couple of videos with an augmented reality wide screen showing of the brewing process, in particular explaining what is so special about “ichiban shibori” (the first press). You can sample the freshly squeezed wort that is used in making the beer, and if that hasn’t quenched your thirst, the tour concludes with 20 minutes of tasting, with up to three free glasses of beer.

Around three hundred people take this tour daily, with coach trips coming from as far as China and Korea to see how the famous beer is made. However visitors wanting to see the factory in motion must visit on weekdays and non-holidays, as the factory closes on Saturdays and Sundays. Should you visit on one of these days, you will instead be shown an interesting film of the factory in full flow.

The tour itself takes approximately 55 minutes to complete, where you learn about the beer making process and history of the Asahi company. You can witness the marvel of modern machinery, and hide your jealousy of the official beer tasters whose job is to sip two bottles of beer every day.and at the end you are shown to the bar. There you have twenty minutes to test three of Asahi’s main draft beers: Asahi Premium, Asahi Black and, of course Asahi Super Dry. Like the Kirin tour there is a three drink limit, however anecdotal evidence shows that this is not always strictly adhered to