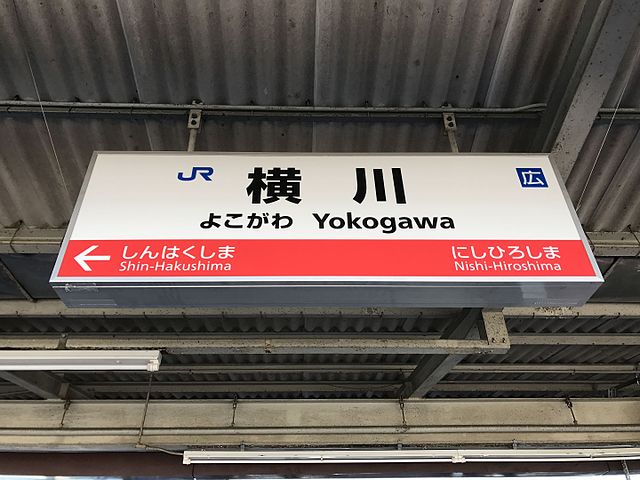 Yokogawa, in the west of Hiroshima, has been my neighborhood since 2014. I was introduced to it via a friend who said she thought it would suit my arty, creative personality. She said lots of quirky and interesting people live here and she was right.

The area has a very different feel from downtown Hiroshima. It’s one of the few areas in the city that has retained its shitamachi (下町) or low town status. In fact, before the bombing, it used to be the central area of Hiroshima, not Hondori. Yokogawa Station itself may have new shops surrounding it, but if you poke around the backstreets, you’ll find a wonderful mix of Showa Era shops along with alternative places that don’t fit the mainstream, conservative nature of the rest of Hiroshima.

And thank goodness for that!

Most people arrive at Yokogawa Station via either the train (JR Sanyo or Kabe Line) or the Hiroden or streetcar. As the central hub of the area, you can find Fresta, the local supermarket, a few bakeries, Wants, Futaba Bookstore, a newly-opened Tully’s, and a Daiso to satisfy your immediate needs. For those who prefer something a little different, turn down the alleyway to the left of the train station, and you will find yourself in a very different world.

My pick of the alleyway is the Japanese-style sweet shop, Kofuji Mochi Yokogawa (こふじもち横川) which is the last shop on the right before you exit the alley. Not only can you enjoy traditional sweets and tea, but also coffee and simple Japanese fare like udon.

Crossing the road, you will find yourself in another street that has many small restaurants, cafes, clothing, and accessory shops. My recommendation is to bypass all these and turn left down a very narrow alley which leads to Yokogawa Cinema (横川シネマ) and the massive mural by Hiroshima-based artist, SUIKO. The Cinema was renovated a few years back and hosts independent and foreign films difficult to find elsewhere.

Before that though, the bookshop, Hon to jiyuu (本と自由) is a must-see for those who enjoy browsing both new and used books. The small shop also has a tiny kitchen where you can enjoy snacks and a drink (coffee, beer, or a nice glass of wine).

The area under the train tracks and the street immediately behind the North Exit of the Station are a hotbed of tiny restaurants and drinking establishments, many of them literally, a ‘hole in the wall.’ Take a walk around and see what you discover.

On the other side of the road, across from the Station is Yokogawa Hondori (横川本通り). There are lots of local shops as well as a few new izakaya, cafes and galleries and an Italian wine bar and deli.

Yokogawa hosts many festivals throughout the year including the Fushigiichi (ふしぎい市) Festival and the annual Yokogawa Zombie night around Halloween, which has become quite an attraction for both locals and tourists. I particularly enjoy the Yokogawa Charity Auction, which started as a way of raising funds for the people of the Tohoku Earthquake. The yearly event is in late April and boasts a concert and opening party as well as the auction itself.

Yokogawa is a lovely mix of both old and new and is a welcoming place for those who don’t necessarily fit into the rest of Hiroshima society. It has a relaxed feel, and on any night of the week, you can find a place to hang out, eat, drink, and enjoy the company of the people who call this neighborhood home.