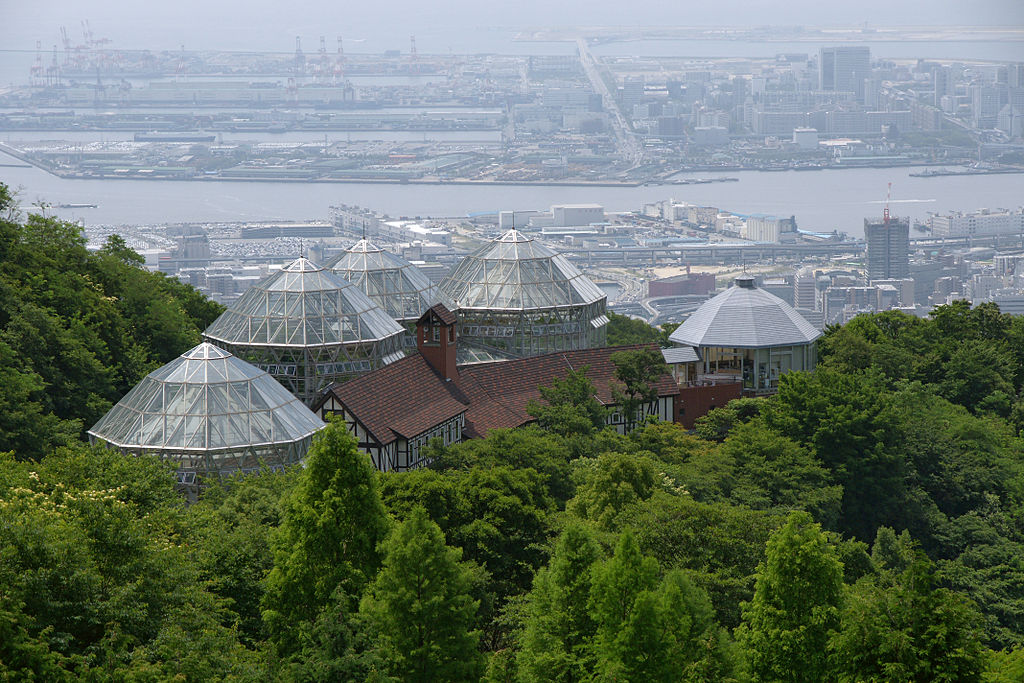 What better way to shake off any winter lethargy or periods of over-eating than heading out for a refreshing walk for a few hours? With an abundance of glorious natural scenery and eye-catching tourist attractions, Kobe is a great city for a winter stroll. The winters are reasonably mild, and there is usually not too much snowfall. Mount Rokko protects the city from the cold north wind. This, together with the relatively high water temperature of the Seto Inland Sea, keeps Kobe from getting too chilly. Temperatures are usually around 6-8 degrees Celsius. However, remember to wrap up in heavy lined coats and plenty of woolly garments to keep your body warmth in.

Here are a few ideas for great winter walks in Kobe.

If you’re feeling adventurous and have a bit of energy to burn, you can set off on this not-too-difficult trek around the southern slopes of the Rokko Mountain chain. This will give you a bit of a workout as well as some spectacular evening views of Kobe city. The route starts about 5 minutes from Shin-Kobe station. The most popular journey to ascend these slopes is by the Shin-Kobe Ropeway cable car, which takes you past the beautiful mountain scenery without you having to take so much as a step. However, if you fancy the exercise, you can ascend via the hiking trail. It’s a 15-20 minute climb through the mountain woods to the glorious 43-meter tall Nunobiki Waterfall.

A further 20-minute scale gets you to the Nunobiki Herb Garden’s lower entrance, one of the largest herb gardens in Japan with hundreds of species of herbs and flowers. You can find a rest house, cafe, souvenir store at the far end of the garden, and an observation deck offering panoramic views. Those with energy left can continue to Mount Maya, one of Rokko-s highest peaks, and even further along the Nunobiki reservoir trail. The basic walk is just a few kilometers, but it stretches to around 30 km if you want to make a proper day of it.

The Port of Kobe is one of Japan’s premier maritime ports and is the place where you will find the kind of beguiling night-time city views that are frequently found on postcards. You can take a gentle stroll along the harbor and soak up the atmosphere. During the winter months, the surrounding areas are often adorned with festive lights. You can also pay a visit to Kobe Harborland, which is filled with shops and restaurants, stroll through nearby Meriken Park or ascend Kobe Port Tower for some panoramic skyline views.

Located at the foot of the Rokko mountains, Kitano is a historic district that is very pretty and highly westernized as it was the settlement area for many western merchants and diplomats in the 19th century. It’s a nice place for a relaxed, or even a romantic, walk as you can wander along the picturesque streets lined with quaint cafes, boutiques, and houses. It’s also worth a jaunt up the steep hillside to visit the Kitano shrine with its bull statue and pleasant city views.

Sumaura Park is one of several lovely parks in Kobe that make for great winter walk settings. This one stretches between Mount Hachibuse and Suma Beach and includes a hiking trail to the mountain summit if you’re in the mood for more than just a casual park stroll. Atop the mountain, you can enjoy a children’s amusement park as well as splendid views across the Seto Island Sea out to Awaji Island.