Christmas Day in Japan is just another working day, for the most part.  The most exciting facet of the Christmas and holiday season in Japan is that all traces of it are gone by morning on December 26th.  Without fail, every bell, light, and garlands, every decoration will come down, and the music stops.  This disappearing act does not, however,  hold for one of Japan’s most interesting holiday traditions; “illumination.”

Illuminations are roughly equivalent to the western tradition of putting up Christmas lights.  Rather than putting lights up on their own houses, cities or businesses will set them up, and the people come to them.  This is a trendy event for couples, and many illumination displays are set up and run from November straight until Valentine’s Day.

Here are some popular places to experience illumination in and around Nagoya.

The best place to see winter illumination is in 10 minutes from Kuwana Station in Mie. Nabana no Sato is the closest thing you will get in Japan to a neighborhood decked out by friendly competition in lights visible from space.  There are lights spread out all over the entire amusement park to create a magical place for couples to stroll, and woe to any soul who neglects to suggest to their significant other that they meander romantically through the lights. The most famous part is the ‘tunnel of lights’, and the shimmering Mt. Fuji that represents the changing of the seasons. 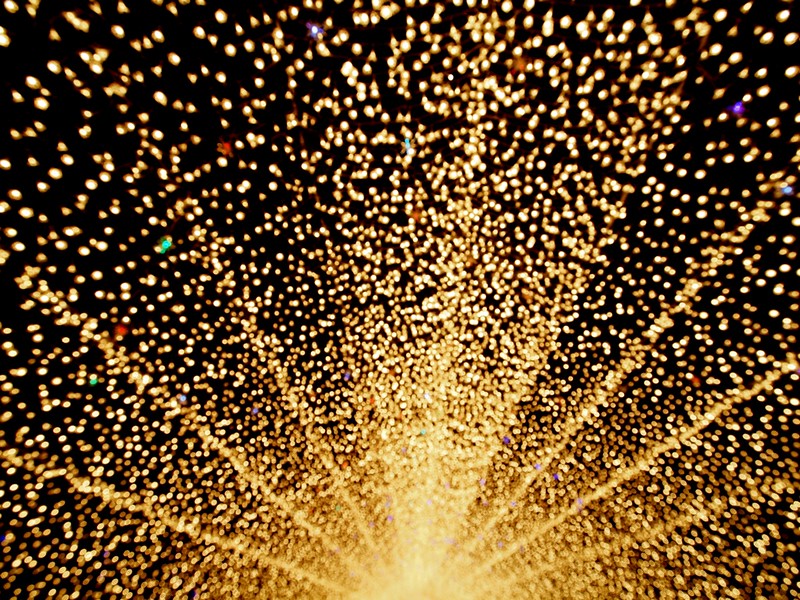 Perhaps the best way to spend Christmas Day might be to take in an early Christmas dinner and then head to Mie to see the lights.  If you have a special someone, it is the perfect place to walk off your meal and enjoy each other’s company.  This event is now open for almost seven months out of the year!

Noritake is a famous ceramic tableware and technology company headquartered in Nagoya.  While the original Nagoya factory is no longer in operation, there is in its place Noritake Garden, which is home to a museum complex, craft center, and restaurant. 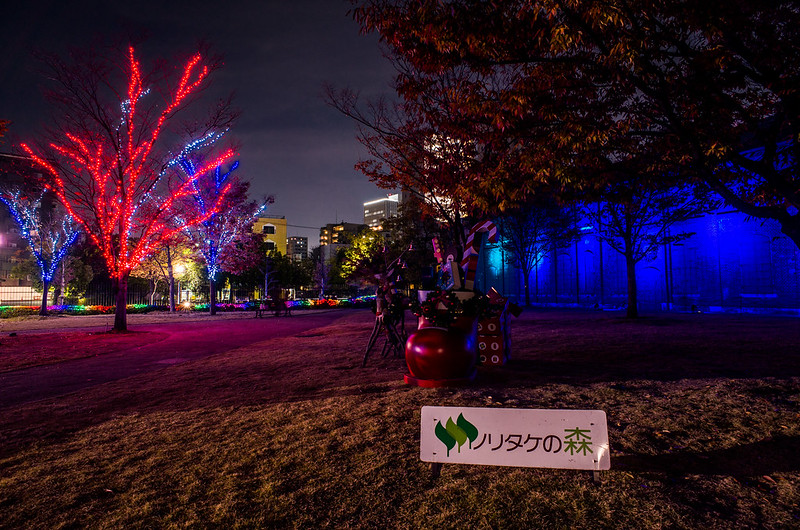 At 15 minutes walk from Nagoya Station, it offers a convenient option to enjoy illumination, with a giant Christmas tree, lights illuminating the park from sundown, and an appearance from (a statue of) Santa as well.

A convenient place to see illumination is Hisayaodori Park Flarie, located in between Sakae and Osu. Illumination at Flarie offers a Christmas tree and lights throughout the garden during the Holiday Season.  The garden will also host a series of Christmas concerts until December 25th featuring various artists.

Until December 25th, the park around the twin arched “138 Tower” in Ichinomiya is decorated with 500,000 lights for its Beautiful Earth extravaganza. In the surrounding Kisosansen Koen, you can take part in all manner of arts and crafts throughout the month until December 25. This year the park will host its festivities from mid-November until December late December, 16:30 until 21:00, during which visitors will be able to stroll around and enjoy the lights which decorate the park. In 138 Tower park, events as firework displays, wreath-making workshops, and baking classes will be held throughout the season.

Sea Train Land in Nagoya Port holds annual Christmas illuminations, and with lights and a wealth of attractions, from a towering 85 meters high Ferris Wheel to a classic carousel, this winter event is sure to dazzle and entertain visitors of all ages. Entrance to the park is free, and the event runs until December 30.

At the Higashiyama Sky Tower, you can get a double whammy of illuminations. Firstly, there is the view of the glowing city below from its observation deck – designated as one of Japan’s ‘100 Night Views’ – that itself is decorated with bright stars. But also, the tower itself is lit up like a giant Christmas tree.

It seems like all department stores in the Meieki area have one sort of illumination or another. The Dai Nagoya Building is lit up at street level as well as displaying shining golden decorations in the “Sky Garden” on the 5th floor; the plaza and entrance of Lucent Tower are decorated with lights, with more to come for Christmas; Global Gate in Sasashima will be lit up, and outside the JR Central Towers is a tall Christmas tree, lit up and decorated. If that isn’t enough for you the streets around the station and along Hirokoji-dori combined make the largest illumination display in Nagoya.

The TV Tower area has undergone a phenomenal redevelopment over the last year, but not everything has changed. Remaining is the Tower, the symbol of Nagoya, and as every year it will be lit up to celebrate the season. Its various lights and patterns will portray characters, events, and seasons.