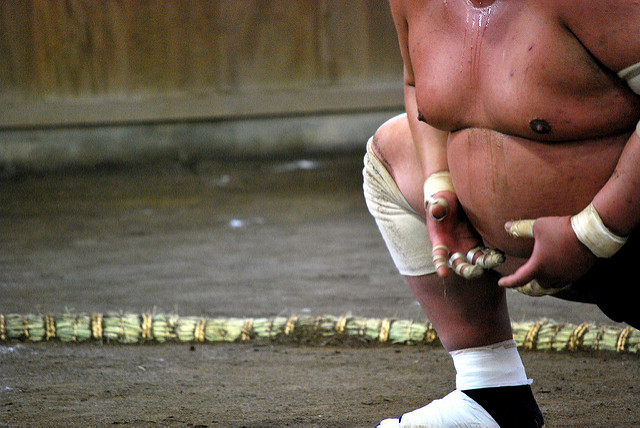 Watching sumo is one of the most authentic attractions in Japan. The annual grand tournaments are held only in odd months; January, May, and September in Tokyo, March in Osaka, July in Nagoya, and November in Fukuoka. You don’t want to miss the tournament matches if you happen to be around the area. But if you do, no worries. Sumo Jungyo Tour is another way to enjoy sumo!

What is Jungyo tour?

Jungyo means “regional tour”. Rikishi (sumo wrestlers) go on tours to promote sumo and to earn support from fans all around Japan between the tournaments. In a Jungyo, unlike the six tournaments, the rikishi are more relaxed in matches, and fans can interact with their favorite rikishi. The exhibition event includes not only informative demonstrations of the ceremonial aspects of sumo but also comical and entertaining performances by rikishi. 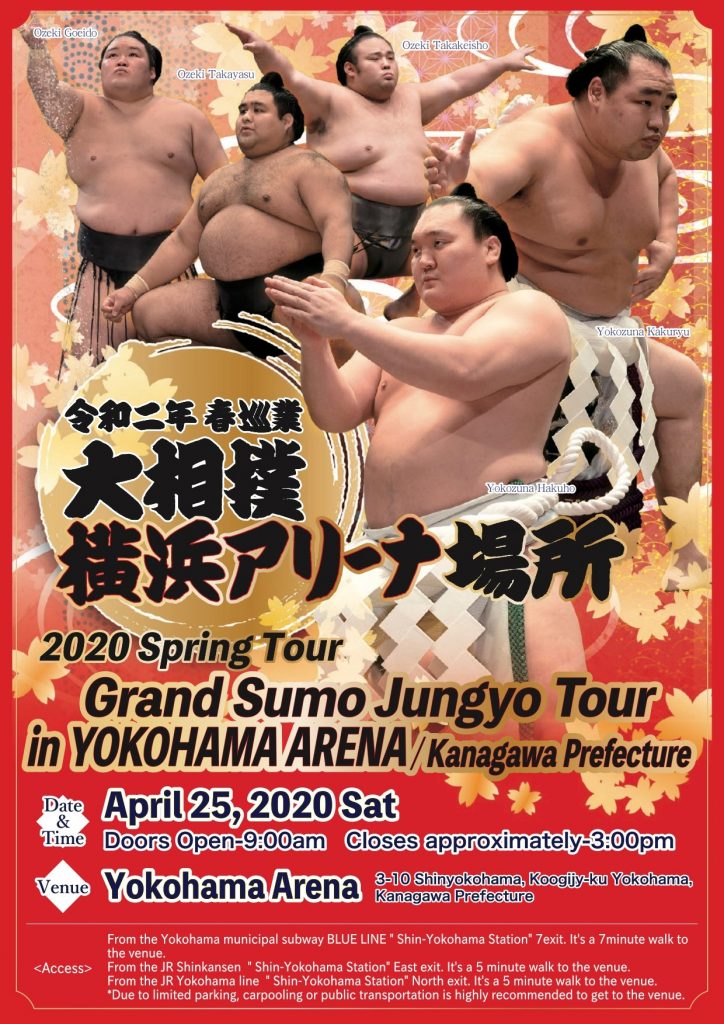 Possibly you might be able to have an opportunity to see both sakura and sumo Jungyo on the same day!

Taiko-Uchiwake, Taiko drumming signals the doors of the event are open
Yobidashi Plays the Taiko drums for the opening od the doors

Juryo & Makuuchi Moshiai
Two rikishi fight bouts, the loser leaves the ring, and the winner stays and chooses his next opponent

Jonidan Bouts
Bouts between Jonidan (the second rank from the bottom)

Sandanme Bouts
Bouts between Sandanme (the third rank from the bottom)

Makushita Bouts
Bouts between Makushita (the fourth rank from the bottom) 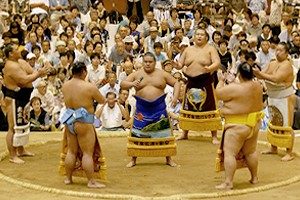 Sumo Jinku are special folk songs which consist of 4 parts (parts 1-3 are 7 syllables long, and part 4 has 5 syllables) 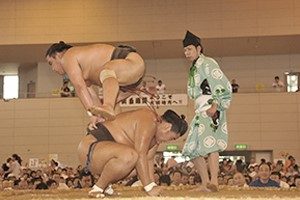 Musubi-no-Ichiban
The last bout of the day

Yomitori-shiki, Bow Twirling Ceremony
The closing ceremony of the day

Uchidashi
Taiko drumming signals the close of the event