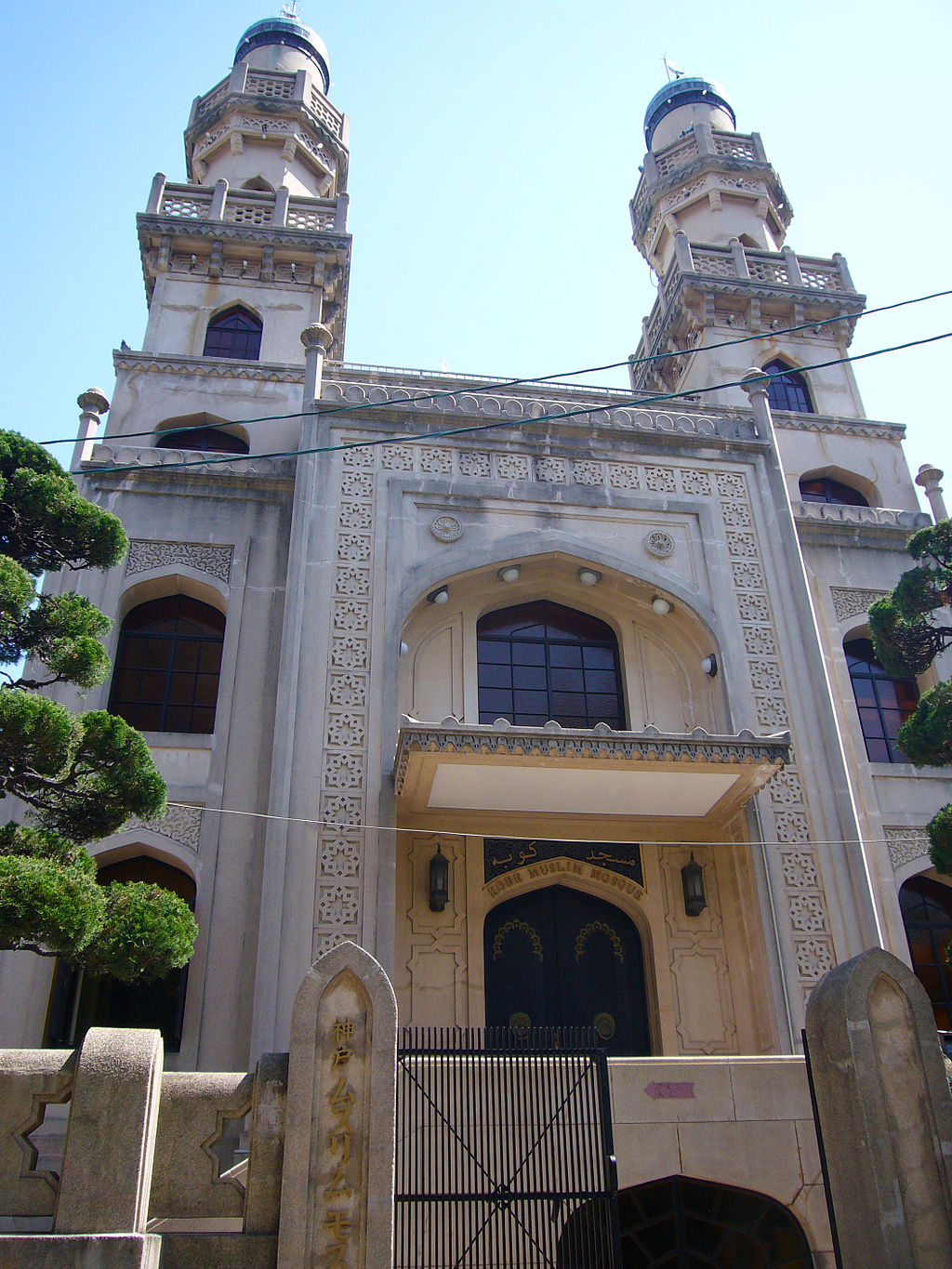 At only 85 years old, Kobe Masjid (masjid means mosque) is the oldest mosque in the country. Kobe was the obvious choice for a mosque, as the port city was a central trading hub in the early 20th century and had a large population of foreign residents originating from all over the globe. Since its founding, Kobe Mosque has become an important cultural and historical site in Japan.

Construction of the Mosque

The construction of the Kobe Mosque was funded purely by donations. The Islamic Committee of Kobe began collecting funds in 1928 and continued to raise money until October 1935. As it was the only mosque in the country when it opened, Muslims living in Osaka, Kyoto, and elsewhere in Kansai all came to Kobe to pray.

Jan Josef Švagr designed Kobe Mosque. The Czech architect moved to Japan in 1923 and designed many buildings nationally, including churches, cathedrals, and monasteries. However, Kobe Mosque was his only Islamic building.

The mosque is built in a traditional Indo-Islamic style featuring two minarets with balconies used for the calls to prayer. The interior decor is simple, but ornate, with amber stained-glass windows, rich carpeting, white marble walls, and a glistening chandelier in the main worship hall. Everything is geometrical and traditional.

Survival Through the Ages

In 1943, the Imperial Japanese Navy confiscated Kobe Mosque. Despite air raids that devastated much of the city, it remained intact throughout World War II, experiencing minimal damage. In part, the survival of the mosque was due to its structure, including the basement. These same architectural features also enabled the mosque to withstand the Great Hanshin earthquake 50 years later in 1995.

The mosque holds all five daily prayers: at dawn, at midday, in the late afternoon, just before sunset, and at nightfall. Although the Muslim community in Kobe is relatively small, there are usually between 10 and 20 people praying at each of these times. The mosque also holds weddings and other religious ceremonies.

Taking a Tour of Kobe Mosque

Located in Kitano-Cho foreign district, Kobe Mosque is at the heart of one of the most popular tourist areas of the city. It’s just a 10-minute walk from Kobe-Sannomiya Station.

If you’re in a small group of three people or less, you can turn up on any day and request a tour. Larger groups, though, should call in advance. Tours typically run between 10:00 a.m. and 5:00 p.m. (and after 1:30 p.m. on Fridays), although opening hours change with the season. You should avoid wearing revealing clothing, and women have the option to cover their hair.

Despite its significance, Kobe Mosque is still relatively unknown outside of the Muslim community. You may find that there are a few other people there when you visit. The one exception is during Friday afternoon prayer — the most important prayer of the week — when typically 150 to 200 people join the service.