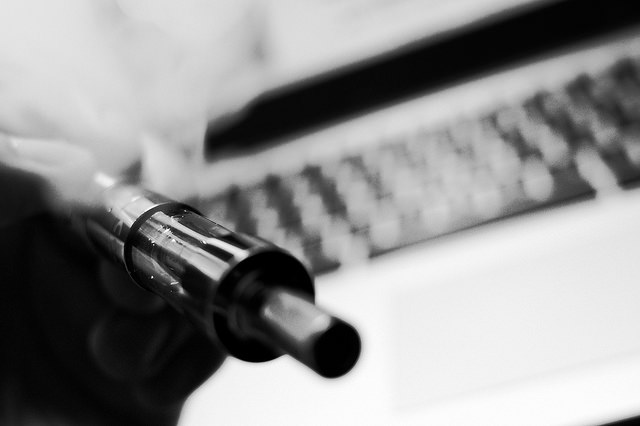 While vaping, the alternative to smoking which its advocates claim to have none of the adverse affects of tobacco, is taking much of the world by storm, it seems that Japan is quite slow to catch up with the phenomenon.

While IQOS smoking devices – a hybrid between regular cigarettes and electronic cigarettes that uses real tobacco refills, but instead of burning that produces smoke and tar, heats it to produce tobacco-flavored vapor – are readily available on the market, many people are concerned by the use of tobacco and prefer to continue with their e-cigarettes and vaporisers. However, finding these products, still quite heavily regulated in this country, can be hard.

Below are a few vendors in Tokyo at which you can shop. Be aware that stores in Japan will be unlikely to sell E-Juice with nicotine.

In partnership with LA Vaping Ape, this Shibuya store sells all kinds of apparel including starter sets, mechanical MODS and VV MODS. They stock a variety of e-liquids including ‘Murica brand baked apple pie flavour.

At Samurai Vapors you can pick up all sorts of hardware including MODS, tanks, atomisers, and highly rated starter kits from Joytech and ELEAF. There are many Japanese brands of e-liquid, and you can also pick up some of the artisan-boutique liquids from Five Pawns.

Vape House has a chain of stores in Harajuku, Shibuya and Kinshicho. As well as providers of the equipment they aim to be hangouts where vaping enthusiasts can gather in their stylish ‘bar’. The Harajuku store has some English speaking staff.

This Sanno based vaping store has a huge selection of products and brands to choose from. The store itself is quite small, but its edgy, arty vibe is very much aimed towards the younger vaper. Check out their Facebook page for their latest offers on some really edgy accessories.

As well as brick and mortar establishments, you can find plenty of online stores. Some of the below are powered by Rakuten, while others are small independent stores.