Before arriving in Japan you should know that most bank ATMs in Japan will not accept credit, debit or ATM cards that were issued outside of Japan. If you are unawares this could leave you without access to money after arrival. No cash could be a problem, but with some knowledge and planning you should be able to access your money.

The ATMs most commonly used to access international accounts are in post office branches and 7-Eleven convenience stores. At these locations you can withdraw cash using most credit and debit cards, even those issued outside of Japan, and the machines usually offer an English menu for your convenience as well.

When looking to withdraw cash in Japan from an account overseas you are most likely to do so at a Japan Post Office branch or 7-Eleven convenience store, but the most commonly used ATMs are not the ONLY locations to access your funds; “international ATMs” can also be found at international airports, and at Citibank, and Shinsei Bank branches as well, though they are much less common.

Besides knowing where to go after arrival, you should take a few simple steps BEFORE you arrive to ensure access to overseas funds. You should call the bank that issued you any cards you intend to use and:

Look for the following when seeking an “international ATM” in Japan 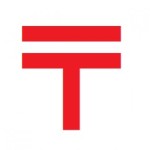