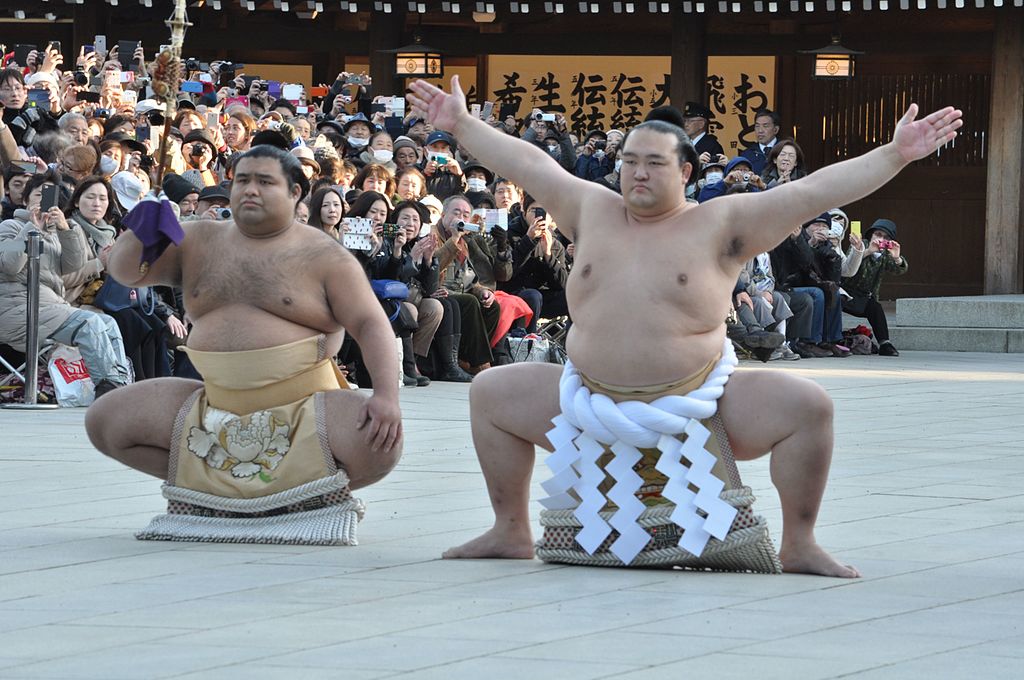 Out of the six annual grand tournaments of sumo wrestling, Tokyo hosts three.  Of those the Tokyo Summer Sumo Basho in May in particular is an experience like none other! For fifteen days all levels of athletes show up and hope to advance along in the tournament, while their fans fill the stadium with their enthusiasm and applause.

For this tournament each day begins early with sumo matches that run back-to-back until the evening. Spectators and fans tend to purchase tickets for a day or more and come and go throughout the day, leaving room for breaks as needed. For the mornings, the wrestlers tend to be among the lower ranks with skill level and excitement progressing as the day goes on. Starting around 2:00 p.m., the top-division wrestlers begin making their appearances in the ring. Towards the end of the day, the atmosphere of the stadium really picks up as the top-ranked wrestlers face off for some of their most beloved fans and the chance to advance to the division title-holder match.

The winner of this tournament, at the end of the 15 days, will be the new division champion. This champion has the opportunity to advance to compete in higher divisions throughout the year to try for the title of the top ranking sumo wrestler, or Yokozuna. This title has been awarded to less than 100 wrestlers since the start of these tournaments in the 17th Century.

Tickets can be purchased at any time at the self-service kiosks located near the main gate of Kokugikan. There is a 1,000 yen service fee charge to use these machines, and then the prices vary depending on where your preferred seats are located in the stadium. The three levels of pricing are: ringside seats, box seats, and general admission seating. For general admission seating, tickets can only be purchased at the arena’s box office on the day of the match.

Ringside seats (these go immediately): 14,800 yen
…
General admission seating (you can pretty much always get these): 2,200 yen

Photo by 江戸村のとくぞう (Own work) [CC BY-SA 4.0], via Wikimedia Commons