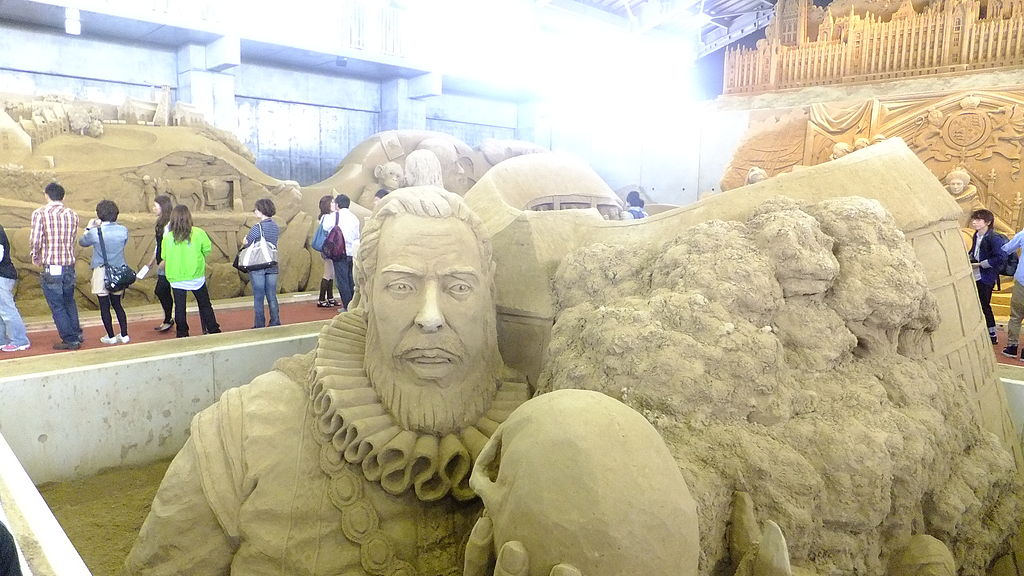 At Japan’s one-of-a-kind Sand Museum, the art has as much in common with the sand sculptures built at the beach with a plastic bucket as the works of the great masters do with children’s finger paintings. The Sand Museum is located in Tottori across the peninsula from Kobe, known for its 16 kilometres of dunes on the western seacoast. But not that well-known, Tottori has the smallest population of any of Japan’s 47 prefectures. Not many tourists make it to the area as well.

The idea back in 2006 was to create a tourist attraction for Tottori based on its majestic natural dunes. The hills of sand are the largest in Japan, bits of earth carried for some 100,000 years by wind and the Sendai River down from the Chugoku Mountains. Sand sculptures were not only a natural fit for the area but also expressed the ethos of frailty and impermanence that is a Japanese virtue. The catch is that none of the sand in the great dunes can be disturbed since they have been declared a national park and natural treasure. But there were tons of sand around Tottori that had been displaced over the years during road-building projects.

So artists from around the world were invited to come and create art in the sand. The sculptures were protected by tents and crumbled in about six weeks. The project attracted about 100,000 curious sightseers. The sand art gained notoriety and after a few years a permanent facility – the Sand Museum – was erected to house the sculptures. Now the artists work with 3,000 tons of sand and the sculptures stand for eight months. There is no natural erosion and the artwork must be bulldozed down each year to make way for the next year’s artists and a new theme.

Katsuhiko Chaen is the artistic director of the Sand Museum, a former champion in the World Sand Sculpting Championships. He invites artists from around the world who come from the professional international sand-sculpting circuit. Their tool kits include shovels and chisels. So far Chaen has yet to invite a Japanese artist to present in the Sand Museum but he believes the local talent is fast catching up with its foreign brethren. Visitors to the museum are encouraged to try their hand at the sand-sculpting technique as well.

The annual themes are geographically based which encourages many architectural and historical reproductions. The treasures of Italy were the first to be depicted and since then Africa, Great Britain, Russia and Germany are some of the countries to have been explored in the sand. This year’s theme is the United States and sculptures include the Statue of Liberty, Mount Rushmore, the signing of the Declaration of Independence, and the New York City skyline.

Typically there are around 20 intricate works, taking weeks to create, for the annual 500,000 visitors to admire. The Sand Museum is approximately a 2 hour, 40 minute train ride from Osaka. There is no hurry – but you can’t wait too long because the sands of time will eventually run out.