The metropolis is a great place to live, but the space available to you isn’t always great and being constantly surrounded by buildings can feel a bit oppressive after a while.  Every now and again you have to get out and recharge in a spot with some green, take a mental health day!  Granted, getting REALLY away form it all and doing some hiking or other outdoor activity is best, sometimes its just impossible to get away, and  all of these options will offer a surprisingly natural environment considering their relative convenience.

Otonoashi Water Park is one of the “100 best city park of Japan,” and is a popular spot for families.  It offers fall colors, spring hanami, and summer’s green to visitors.  The park started as a a natural tributary to the Sumida River.  After  erosion control measures were implemented and urban growth exploded in the fifties, the water turned gray and fetid.  It was eventually diverted the Tokyo City sewer system via tunnels, and the remaining area comprising the riverbed was converted to a park. The park Offers water features along the path of the water including waterfalls and pools along a walking path designed to bring out the feeling of a path alongside a mountain stream from the distant past.

Hibiya Tokyo Metropolitan Park sits centrally in Marunouchi near Kasumigaseki and the Imperial Palace Gardens,on the former site of the palace of feudal lord Matsudaira Bizennokami.  The palace occupied the space until the end of the Edo period, when it was converted to a military drill field.  Following that, in 1903 the field was converted to Japan’s first western style urban park. The park grounds contain The Hibiya Public Hall, Hibiya Library, and two outdoor concert halls. The annual garden show is a popular event, and the park’s gardens are planted to ensure visitors will find flowers no matter what time of year they arrive.  The park is surrounded by government ministry buildings, giving it the feeling of of an oasis of nature amid the bustle of downtown.

Or more commonly, Ueno Park.  This park is one of the most famous in Tokyo, and easily the largest.   It was once occupied by Kaneiji Temple, but it was destroyed during the Boshin War and was was opened to the public in 1873 as a park by the Imperial Family.  In 1924, the emperor gifted the land to the city of Tokyo and Ueno Park has been with us ever since, delighting all who visit it with a stunning forest of cherry trees, and a collection of public facilities including six museums (Tokyo National Museum, The National Science Museum, The National Museum of Western Art, The Ueno Royal Museum, Shitamachi Museum, and the Tokyo Metropolitan Art Museum), a zoo, concert hall, a pond, and various shrines and monuments.

Mizumoto Park sits on the banks of the Koaidame flood control basin, making it the only park near downtown that offers the opportunity to take a stroll by the “riverside,” which is what this park was designed to replicated.  The park is a relatively new addition to the area; even its predessesor was only established in 1965, and the curent version was established in 1975. There are many canals of various sizes from the flood control basin that run through the park, and trees peculiar to wet areas, like : poplars, metasequoias, and alders line them.  Aquatic plants like irises, and water lilies dot the landscape, and in June you can find an iris festival that is supposed to be quite lovely.

Yoyogi Park is one of the largest parks in Tokyo, and its easily accessible location near Harajuku Station and Meiji Shrine in Shibuya make it popular for many outdoor adventures among Tokyo’s population.   The area first saw notoriety as the site of the first successful powered aircraft flight in Japan.  From there, like other parks on this list, it held a military parade ground, and after the war contained the “Washington Heights” barracks for U.S. officers during Japan’s period of occupation. From military zone to ambassador of world peace, in 1965 the area was used for the Tokyo Olympics before finally becoming Yoyogi Park in 1967. The park features broad grass fields, big fountains, and sports facilities such as a stadium, soccer and hockey fields, outdoor stage, cycling course, children’s cycling plaza, and a dog run. 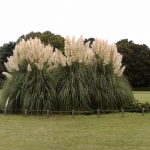 The Jindai Botanical Garden (神代植物公園, Jindai shokubutsu kōen) is located next to Jindaiji Temple in the western Tokyo suburb of Chōfu. It features  thirty areas each dedicated to one kind of plant. You’ll find plum, cherry, azalea, dogwood, peonies, roses, and more. In addition to a wetland annex for aquatic plants.

The site of Jindai Botanical Garden was once part of a medieval fortress said to date from 1537. Later it was a nursery that supplied trees for Tokyo’s streets before becoming Tokyo’s first botanical garden in 1961. 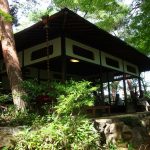 If you are looking for a way to check out how Japanese Taisho era nobility enjoyed the outdoors, then visit Tonogayato Garden (殿ヶ谷戸庭園, Tonogayato Teien), a traditional Japanese garden. Planned in 1913, the garden was originally the private grounds of a vice president of the Mitsubishi Group at the time. It stayed in private hands until 1974 when the Toyko Metropolitan Government purchased the land and turned in into a public park in 1979. Highlights include a tea house situated on a pond which contains a natural spring and is the source of the Nogawa River.

Showa Memorial National Park, or as it is commonly known, Showa Memorial Park or Showa Kinen Park, is the newest park on this list. Originally used as an air force base of some kind, the area was re-established in 1983 as a park to commemorate the 50th anniversary of Japan’s Shōwa emperor. One notable quality of this park is that you can rent bicycles there, and ride them on the park’s 11km /7 mile bike trail. While smaller than Yoyogi, the park still contains an impressive amount of things to do, and visitors should plan on a whole day to see it in its entirety. Some of the highlights available at the park include: The Hanamidori Cultural Center, and The Emperor Showa Memorial Museum. It also includes a canal, lake for water birds, Dragonfly Marsh, and Japanese Garden. The kid’s area is supposed to be impressive!