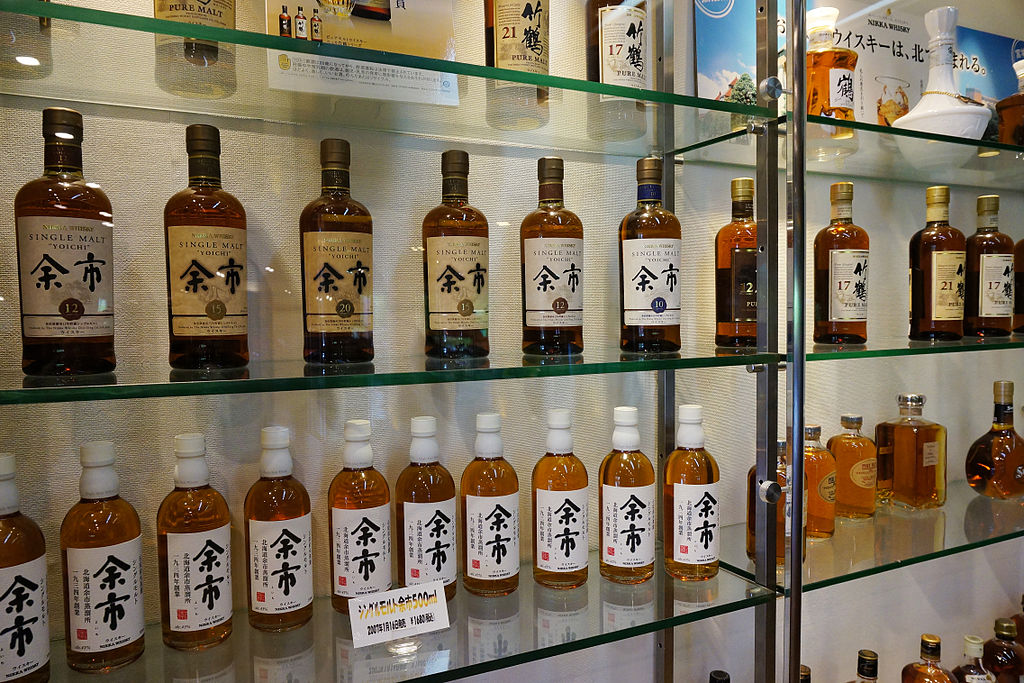 If you have lived most of your life outside Japan you might not be familiar with Japanese whisky. Although the fermented grain mash alcohol has been distilled on the islands since the late 1800s, Japan’s take on the storied spirit was not actively exported around the world (without the “e”) until this century.

Since then Japanese whisky has not only made its mark with malt-loving connoisseurs but burnished its reputation in international taste competitions as well. But the general public has not yet caught up with the experts.

Why is Kyoto the birthplace of Japanese whisky?

After Japan opened to foreign trade in 1853, the Japanese people began to enjoy their first taste of Western liquors. One importer, Shinjiro Torii, set out to replicate Scotch whiskey and constructed the island’s first malt whisky distillery in a suburb of Kyoto that was renowned for the purity of its water – Yamazaki. The key ingredient for distillation percolates from deep inside the earth in natural springs.

Japanese whisky made its first leap forward in the 1920s when Masataka Taketsuru joined Torii’s operation, Kotobukiya . The main qualification on his resume was that he had mastered the techniques for distilling in Scotland while studying organic chemistry at the University of Glasgow. Taketsuru set out to replicate the manufacture of whisky the way he learned as an apprentice at the Longmorn Distillery Company.

Kotobukiya eventually became known as Suntory and Taketsuru moved to the island of Hokkaido in the north of Japan, which he thought most resembled the terrain of Scotland. There he started his own distillery and began marketing whisky under the Nikka brand in 1940.

How good is Japanese whisky?

Japanese whisky was distilled for the native palate and for many decades was unheard of beyond the country’s borders. Over the years the number of producers expanded to nine, each blending whisky in their own distillation style in the Scottish tradition. With the coming of the Internet, the word of these diverse blends spread and Japanese brands became more integrated into the whisky world.

In blind taste testings Japanese whiskies immediately began racking up awards. In 2001, a Nikka 10-year Yoichi single malt walked away with Best of the Best honours in Whisky Magazine’s influential rankings. The secret of Japanese whisky had been revealed.

Where to start with Japanese whisky

For those new to Japanese whisky, one of the best introductions to the spirit is Suntory’s Hibiki label. The Hibiki 30-year has won a charred oak barrel’s worth of awards, including several “World’s Best Blended Whisky” ribbons. In the popular movie Lost in Translation, it is the brand of choice for a sullen Bill Murray.

A little ways down the price scale is the Yamazaki 18-year for single malt devotees. The standardbearer from Nikka is named after the founder, the Taketsuru 17-year pure malt.

And if you want to experience Japanese whisky at its source, Suntory Yamazaki Distillery offers tours and tastings. You can immerse yourself in the story of whisky in Japan, examine a wall with several thousand bottles of whisky varieties and even attend whisky seminars.