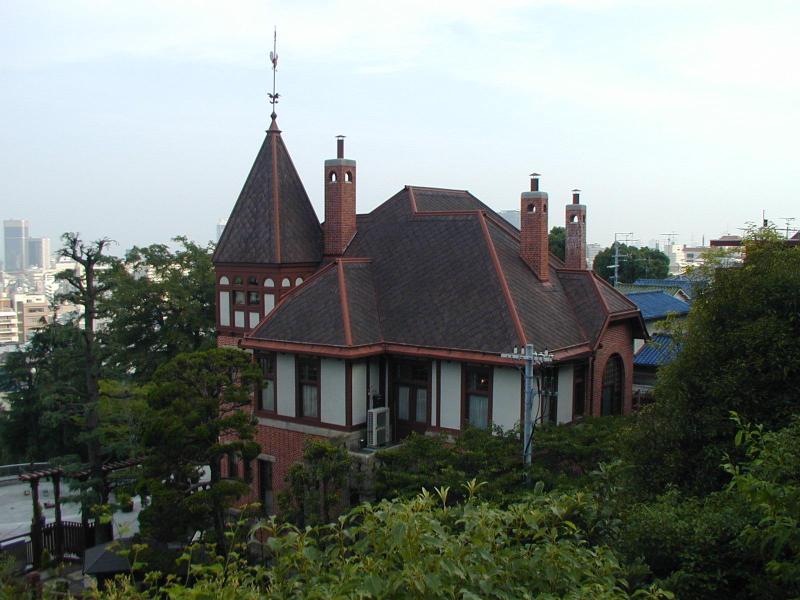 One of the most interesting parts of Kobe is Kitano-cho. It was in this district that the foreign merchants settled after the Port of Kobe opened to trade from abroad under the 1858 Treaty of Amity and Commerce. Today, set on the lower slopes of the Rokko mountain range, you can see many of the settlers’ western-style homes, or ijinkan.

In total, around 30 former mansions remain, several of which are open to the public as museums. You can purchase a ticket to see a particular ijinkan for between 550 and 750 yen.

Alternatively, you can buy a combination ticket to see multiple residences. This second option is ideal if you want to spend the day in Kitano-cho as you’ll be able to explore the district and visit the restaurants, boutiques, and souvenir shops that are scattered between the homes.

Which Ijinkan to Visit

Each ijinkan has something different to offer, but a few stand out as being the most interesting and significant.

You must make sure to at least pass by Weathercock house (Kazamidori no Yakata in Japanese), as it’s the symbol of Kitano-cho. The ijinkan was previously called Tomas House after Tomas Gottfried, the German merchant who lived there. It dates back to 1909 and is the only ijinkan made from bricks.

Fans of Sherlock Holmes will love visiting England House: the second floor is entirely dedicated to Sherlock Holmes memorabilia. There’s even a replica of the detective’s room. Visit in the evening on a Sunday or holiday and you can also have a drink at one of the two antique bars.

A Tudor-style mansion, Yamate Hachibankan is one of the more multi-cultural houses. It displays sculptures from Rodin, Bernard, and Bourdelle along with a Thai Buddhist statue and a Makonde statue from East Africa. A highlight is Saturn’s Chair, which is actually a pair of chairs. The chairs supposedly grant wishes to women who sit on the right-hand side and men who sit on the left.

One of the oldest and best-preserved ijinkan is Ben’s House. It belonged to the English hunter Ben Allison and features several stuffed wild animals from around the world, including a polar bear, bison, moose, and tiger. The house also has a moat, walls, and window frames dating back to the late Meiji period.

Moegi House is named for its color: moegi means light yellowish-green in Japanese. The building also stands out for its bay windows, which offer fantastic views of Kobe. The interior features artifacts from the early 1900s, providing a great example of how people lived at the turn of the century.

Although there are some other places in Japan that also have ijinkan, no other site is as large and well-preserved as Kitano-cho. Plus, Kitano-cho is more than just a tourist spot — it’s also a popular place for Japanese locals who enjoy wandering through the streets and stopping in the cafés and bars. If you’ll be spending a few months in Kobe, you’ll likely find yourself coming back to Kitano-cho often for its welcoming atmosphere.