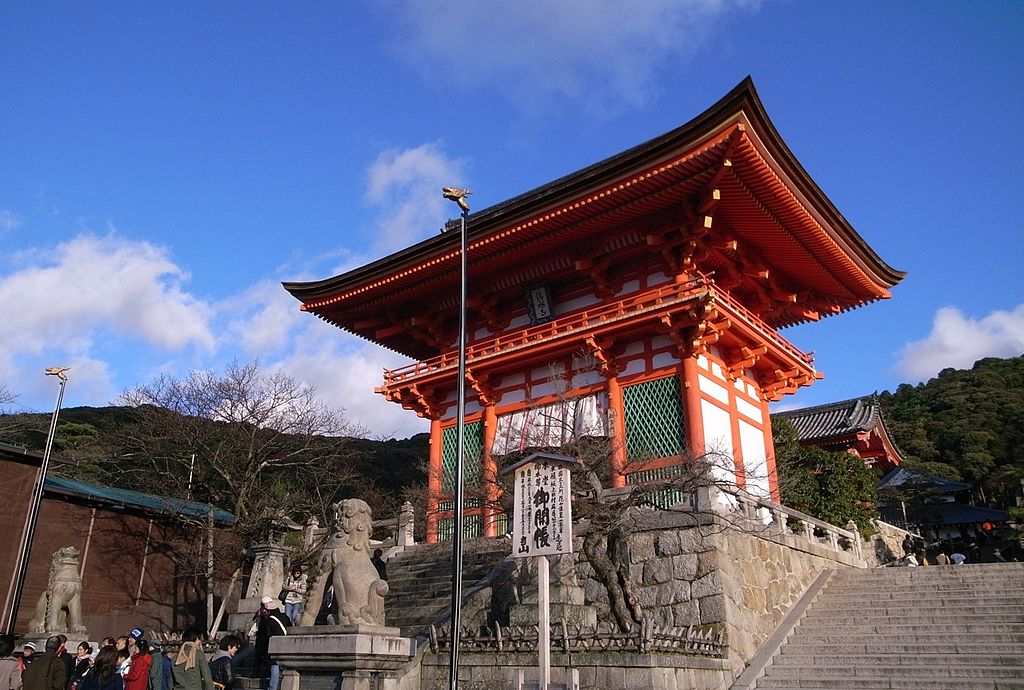 If you fancy spending a day or two checking out the beauty and serenity of some of Japan’s finest Buddhist temples, it’s worth heading to the Kansai region. There are over 2000 temples in Kansai, many of them UNESCO listed heritage sites attracting yearly visitors from across the globe.

The oldest part of Japan, Kansai is rich in history and culture. The earliest people arrived in the region around 10,000 years ago. Buddhism was introduced by Chinese travellers in the 6th century and spread throughout the country. It’s Japan’s second most popular religion after Shinto.

Here are five of the best temples to visit in Kansai…

Situated on Mt. Otowa, Kiyomizu-dera (meaning ‘temple of clear water’) is one of Kyoto’s biggest tourist attractions and is renowned for its wonderful architecture and views across the city. A shrine to the goddess Kannon, it was originally built during the 8th century. Most of its current building dates from the 17th century, when it was refurbished following a great fire.

Kiyomizu-dera is popular for its Hondo (central hall and main building), a dramatic overhanging building supported by the surrounding forest and featuring a 13-metre-high stage. You can also find the Jishu-jinja shrine to finding love, popular with young visitors, and the Otowa Waterfall where tourists queue up to drink the spring water which is believed to bestow good luck.

The Todaiji temple is one of the major tourist attractions in Nara prefecture. A Kegon temple built by Emperor Shomu in the 8th century, it is said to have been created as a way of asking the gods for eternal peace and freedom from disaster.

This glorious temple is the world’s largest wooden building. Inside, you will find the famed Daibutsu – the bronze ‘Great Buddha’ statue. At an incredible 18 metres tall, it’s the largest seated Buddha statue in Japan and one of the largest bronze statues in the world. It is believed that the Daibutsu is praying for the people of Japan to be joined together by the virtue of kindness.

This is the must-see temple if you’re a fan of statues. This 120-metre-long building – the longest wooden structure in Japan – houses over 1000 life-size statues of Kannon, the Goddess of Mercy. Seated right at the centre is a gigantic Buddha statue with 20 pairs of arms and 11 faces.

Built in the 12th century, Sanjusangen-do (meaning ’33 columns’ referring to the 33 columns within the building structure) is another of Kyoto’s most popular tourist attractions and is located only 15 minutes from the train station.

One of the oldest and among the seven Great Temples of the Heian period, Kofukuji is a Hosso sect temple and was built in the 7th century under instructions of the wife of a statesman called Kamatari, to pray for his recovery from illness. Located at the entrance of Nara Park, it features an impressive 45-metre-tall five-story pagoda that can be seen from all around the park.

Enryakuji is situated at the top of Mt. Hieizan in Shiga prefecture. It is one of the most sacred Buddhist locations in Japan and a place where monks frequently travel for enlightenment. It is actually a series of small temples divided into three areas on the mountain – East Pagoda, West Pagoda and Yokowa. These areas can be covered in around an hour on foot following a 10-minute cable car journey to the summit. A tourist favourite due to the breathtaking views is on offer.