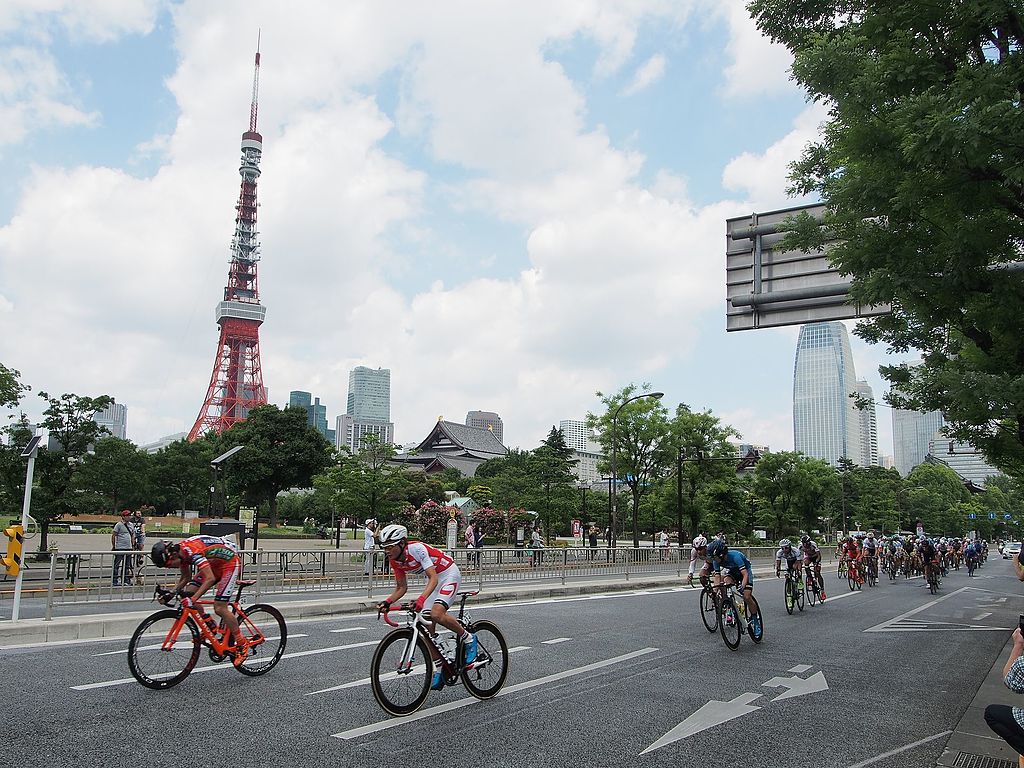 Bicycles have long been a staple in Japanese life. Many of the roadways are built with designated bike lanes. Bicycle sheds are common at train stations to aid commuters and mechanical bicycle tree storage systems are familiar sights. Bike sharing systems and bike rental operations are ubiquitous and if you don’t have a bike, you can often pick one for up for cheap in a second-hand shop.

So you’ve got a bike and are ready to explore Kansai on two wheels. Where do you go?

The 45-kilometer journey between the two heritage capital cities of Japan is a popular two-wheel adventure as it covers the distance almost entirely on bike paths. Although the path can be picked up in many places, the marked route begins in Kyoto across the Togetsukyo Bridge near the center of Arashiyama. Along the way you will pass industrial sites, tea farms, and bullet trains. The Nagare Bashi crossed en route is one of Japan’s longest wooden bridges. Expect the entire trip to take about four hours.

Cycling around Japan’s largest lake delivers some of the finest scenery you can see from a bike. The entire circumnavigation covers 230 kilometers and requires two or three days but shorter hops can be constructed. Some cyclists prefer tackling Lake Biwa in a counterclockwise direction so the water is always on the left. Others favor going in the opposite direction as it tends to be with the prevailing winds. A shorter out-and-back adventure to such attractions as the Rainbow Bridge, the Ishiyama Temple, or the castle town of Omi-hachiman takes in the best of both worlds.

There is only one way to ride a bicycle from Osaka to Nara and that is on National Route 308. The distance is about 33 kilometers which normally would require less than two hours of pedaling time, but in this case National Route 308 climbs over Kurawami Pass and is considered Japan’s steepest national road. It is also narrow and winding and one of the country’s last stone-paved roads. But as one goes through town, the 15% grade offers refreshments along the way. And your bike’s brakes are sure to get a workout on the other side.

While the road from Osaka to Nara is a mountainous necessity, many cyclists go up Mount Rokko, all 931 meters of it, by choice. It is convenient to most of Kansai and out the front door of Kobe and Osaka. From both cities, the hill climbing begins almost immediately and the hill country offers multiple routes on wide roads. One of the most popular takes the rider along the Shukugawa River and up winding Route 82.

Prefer your cycling hills manmade? The Shimanami Kaido travels 77 kilometers between the islands of Honshu and Shikoku. The well-plotted out route along the Inland Sea is almost universally flat except for the approaches to the bridges. The water and mountain views encountered from the saddle make this one of Japan’s premiere bike rides.

By Fukumoto (Own work) [CC BY-SA 4.0], via Wikimedia Commons