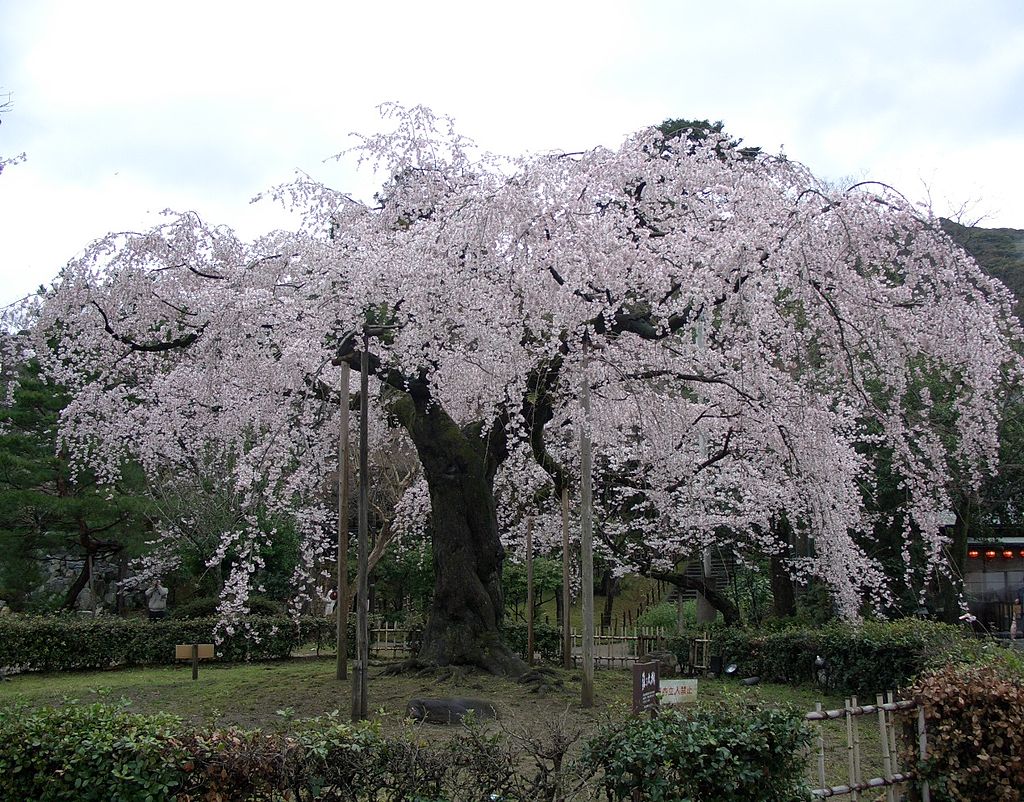 Every season of the year, Japan comes into bloom with different flowers. Whereas you’re likely familiar with cherry blossoms, you may not know that there are also Japanese apricots, violets, chrysanthemums, and more. Beyond being beautiful, each one of these flowers has a special meaning in Japanese culture. This is useful to know if you want to give a gift of flowers or even something that features the image of a flower. In fact, it may help you express a sentiment better than you could with words.

The most important flower is the cherry blossom, the national symbol of Japan. Called sakura, it is an embodiment of wabi-sabi, the Japanese philosophy of accepting, and even finding beauty in, imperfection. The cherry blossom is especially important in the Shinto religion, where it symbolizes renewal and the temporary nature of life. After all, cherry trees only blossom for a short time between March and May.

The chrysanthemum flower in Japan is called kiku. Associated with the imperial family, it features on the Imperial Seal of Japan, the 50-yen coin, and Japanese passports. A longstanding tradition has been to make kiku flowers into dolls representing historical figures.

Kiku blooms with vibrant red and purple flowers as well as with white flowers, which mean death. You’ll frequently see white kiku at funerals and on graves. The flowers are also edible and brewed into tea to promote a long life.

The lotus is an important flower because, although it is rooted in the mud, it grows a long stalk to reach the top of the water, where it appears to float. Its ability to do this symbolizes enlightenment and purity in Buddhism. To add to the meaning, there is the fact that drops of water are unable to penetrate the flower; instead, they slide off the petals, signifying detachment.

Also called Japanese plum or ume, Japanese apricot trees are some of the first to bloom, right at the end of winter. With their flowers, you can express faithfulness and a pure heart. The blossoms also mean elegance.

Another late-winter flower, you may recognize the pink, red, and white blossoms of the camellia — they appear on traditional Japanese patterns. Called tsubaki in Japanese, the flowers symbolize humility, admiration, and discretion. They feature more in art than as gifts due to the delicateness of the flowers. Plus, the blossom is not the only part of this plant used in Japan: the seeds can be turned into oil and the leaves into tea.

In Japanese, violets are called sumire, which means ink container (because of the shape of the flower). Violets are a common gift, as they are an ideal way to show appreciation for a family member or friend and to express sincerity or love. It helps that violets grow just about everywhere — from the mountains to the plains and even in urban areas.

Knowing the symbolism of the flowers that play a role in Japanese celebrations, art, literature, and even movies will help you understand the culture on another level. Once you know what flowers mean, you’ll start noticing that they appear everywhere.