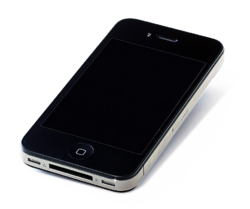 Interested in low-cost SIM-only mobile communications services provided by companies called MVNOs (or Mobile Virtual Network Operators)? These services, which use the infrastructure of the big mobile networks, are growing in popularity due to the huge difference in the monthly cost when compared to Softbank, Docomo, and au, whose business model seems to be based on making customers pay for a level of service that they often do not need.

Therefore, anyone who is not a power user needing a large data allowance and the fastest available down/upload speeds, and at the same time does not make enough calls to justify paying for the unlimited calling plan that is attached to most smartphone contracts, may well find that these services represent a credible alternative to those offered by the big three networks.

Which phones can be used?

The vast majority of MVNOs use Docomo’s infrastructure, and any phone that was obtained through Docomo, including those still locked to that network, can be used with a Docomo-based service. In addition, any SIM lock-free phone that is compatible with the main frequencies on which Docomo operates (see below) will work.

There are a couple of au-based MNVOs, UQ Mobile and Mineo, but many Android phones bought overseas or through a reseller of overseas models in Japan will not be able to make and receive calls due to the fact that au uses a different type of frequency on its 3G network (CDMA). In addition, there are limitations on which model of iPhone and version of iOS can be used with these services, and newer au handsets that use the LTE network for voice communications (VoLTE) have to be unlocked by au before they can be used.

Users of Softbank will be disappointed to know that there is no MVNO that uses Softbank’s infrastructure, so there is no possibility at present to switch to a low-cost SIM service while continuing to use your Softbank device (unless you have one of the limited numbers of Android phones that Softbank will unlock). There are rumors, however, that a Softbank-based MVNO will be launching in the near future.

Among the Docomo-based MVNOs, IIJmio (https://www.iijmio.jp/) is one of the most popular. They offer a variety of competitively-priced plans, both data-only and data/voice, and the service can be activated on the same day if the contract is made at one of the specialist counters at a BIC Camera or AEON store.

U-mobile (http://umobile.jp/) is another Docomo-based service that can be easily set up at selected electronics stores in the Tokyo area and the other larger cities. Its selling points are that it offers an “unlimited” LTE data service for JPY 2,980 per month, although the connection speed is on the slower side and users are actually restricted to 2GB of data every three days.

UQ mobile (http://www.uqmobile.jp/), an au-based service, is known as a class leader in terms of average LTE connection speeds. As with IIJmio and U-mobile it can also be activated on the same day, and there are currently over 500 locations countrywide where this can be done. UQ mobile can only be recommended, however, to people who are happy to purchase one of the small range of compatible mid-range devices that UQ Mobile offers, or to those who have an au phone running the Android operating system. New and unused au phones can be found at quite reasonable prices on Yahoo! Auction, although knowledge of Japanese is essential to purchasing a phone in this way.

While not in the same price bracket as the MVNOs, Y!mobile, a subsidiary of Softbank, is a lower-priced alternative to the big three networks.  They offer a SIM card-only plan that costs from JPY 2,980 per month with 1GB of data to JPY 5,980 for 7GB. Both of these plans also include up to 300 calls per month, although only the first ten minutes of each call is free.

Y!mobile is recommended to those who wish to save money, but for whom getting a very high standard of service takes priority.  It should be noted, however, that it is necessary to sign up for an automatically-renewing two-year contract, and that the expiration of special offers mean that you pay more from the third year onwards. In addition, the range of phones offered by Y!mobile is somewhat lackluster when compared to the bigger networks.

Below is a table showing the bands/frequencies used by the big three networks, as well as Y!mobile:

The surest way to be able to use the services of an MVNO is with a SIM-lock free phone that was designed to be used in Japan. That way you know that it will be compatible with all of the frequencies required to be used over the entire country. If you have a compatible au phone, UQmobile is the service to go for. Otherwise, there are a variety of Docomo-based services to choose from. While certainly feasible, using an overseas model of smartphone has its potential pitfalls, namely that few models are compatible with the full range of frequencies required to be considered fully functional in Japan. This could mean, for example, that reception, while fine in urban areas, becomes patchy or falls away completely when visiting more remote parts of the country.

NOTE: While every effort has been made to provide the most comprehensive and accurate information, please be sure to thoroughly check compatibility before purchasing a phone or making a contract for a service.