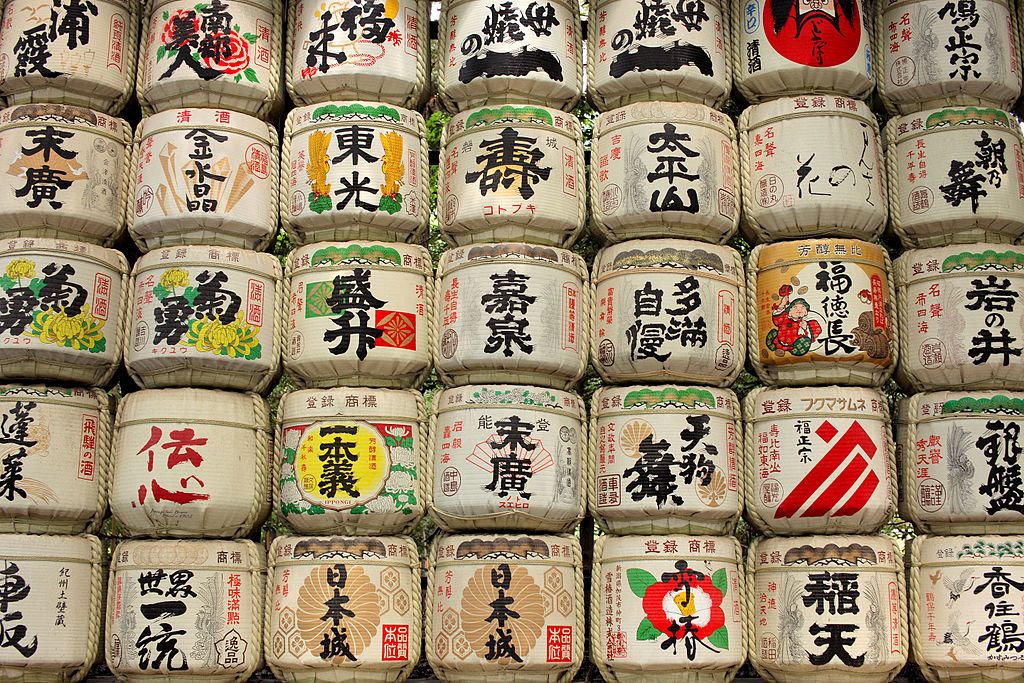 Even if you’ve never set foot in Japan, there’s a good chance you’ve tried sake, as the rice wine is popular worldwide. In Japan, however, sake is a mainstay of bars and restaurants. The beverage has a long history in the country and throughout Asia. In fact, preparing, serving, and drinking sake is an art form that has been passed down for generations spanning several centuries.

In Japanese, the word “sake” refers to any alcoholic drink. The beverage you know as sake is locally called “nihonshu,” and its origins are unknown. The earliest reference to an alcoholic beverage in Japan is in the Book of Wei in the Records of the Three Kingdoms. There are mentions of alcohol in other historical records over the years, but sake didn’t become a combination of rice, water, and koji mold, as we know it today, until the Nara period (710 to 794). Its popularity continued to grow, and during the Heian period (794 to 1185), sake was served at festivals, ceremonies, and games.

For a long time, the Japanese government monopolized the production of sake. However, temples and shrines started making their own in the 10th century and remained the top producers for half a millennium. Production of sake flourished at times, dwindled at others, depending on factors like tax levies imposed by the government. Today, demand for this beverage is high and breweries are thriving.

Picking up a bottle in a store or ordering sake in a restaurant allows you to enjoy the flavor of the rice wine, but you’ll learn nothing about how that beverage came to be. To understand sake, you need to pay a visit to a brewery.

Sake is made throughout Japan, but Kobe is a major center of production — in particular, the Nada district (or Nada-gogo). Together, these breweries produce around one-third of the country’s total. There are also a few more breweries elsewhere in Kobe that are worth checking out, especially if you are passionate about this iconic drink. Most offer interesting tours and unique behind-the-scenes experiences.

One of the most famous breweries in the country is Hakutsuru, which started producing sake in 1743. Hakutsuru sake is not only the top-selling brand in the country, it is also sold in more than 40 countries around the world.

In 1934, Hakutsuru Brewery opened its doors to visitors interested in learning more about the traditional sake brewing process. In addition to offering guided tours, the brewery has a museum and tasting room. Entry is free, and you only need to reserve in advance if you are coming in a large group. With numerous fresh sakes to try as well as a popular sake jelly dessert, you’ll definitely get your fill of delicious nihonshu.

Kiku-Masamune Sake Brewery was established in 1659 by the Kano family, who still runs the brewery today. It is one of the few famous sake producers located outside the region of Kanto. Sake from Kiku-Masamune has a distinct flavor due to the special yamada nishiki rice it is made with.

Legend tells it that Emperor Go-Daigo became a fan of sake after the Kano family presented him with the beverage. As a token of his appreciation, he gave them their surname.

As well as a brewery, Kiku-Masamune has a museum where visitors can see pictures depicting the sake-making process before modern technology helped increase production, along with the actual implements that were used. There’s also a free tasting and a store with souvenirs, all related to sake.

At Kobe Shu-Shin-Kan Breweries, there’s a main brewing facility, a museum, a gift shop, a restaurant called Sakabayashi, an event hall, and a courtyard where visitors can relax. Try to see everything!

Start your visit at the main plant. Here, you’ll learn about Shu-Shin-Kan Breweries and what makes their sake unique. Next head to the restaurant, where you can try kaiseki-ryouri, a traditional Japanese full-course meal served in an aesthetically pleasing presentation. The dishes are always made with fresh ingredients and complement the brewery’s sake.

At Hamafukutsuru Ginjo Brewery in Nada-gogo, you’ll learn both how sake was produced centuries years ago and how it is made today. Like at the other places, the brewery showcases its tools and explains how its processes lead to a unique sake.

After a tour around the facility, you’ll have the chance to try both free and paid samples. You can also take home a bottle — the sake is perfect for warming up on a cold night.

Sakuramasamune Kinenkan Sakuraen has been brewing its own brand of sake for more than 400 years. The museum has exhibits of old labels, bottles, and advertising campaigns to explain the history of the company as well as videos demonstrating the traditional techniques of the sake-making process.

After exploring the museum, head to the restaurant for a multiple-course kaiseki lunch or dinner — complete, of course, with the brewery’s very own sake. Alternatively, you could head to the café for some Japanese treats or to the gift shop for more free samples of products.

The name Sawanotsuru means “crane of the swamp.” It comes from a Japanese myth that tells the story of a crane that presented a sheaf of rice to a princess. The princess asked one of the gods to brew sake from the sheaf of rice as an offering to the sun goddess. She then turned the crane into the god of grains called Ōtoshinokami.

Sawanotsuru Sake Museum chose its name because a swamp is symbolic of a world that is wet, sunlit, and abundant with life. The crane rests in the swamp before taking flight once again.

This is an interesting brewery to visit because of the items in the museum. The tools used to produce sake that are on display were given the designation of “Important Tangible Folk Cultural Properties” in March 1980.

Established in 1505, Kenbishi Sake Brewery is famous for being the first branded brewery in Japan. Before a major battle, samurai would ceremoniously open and drink from a large Kenbishi barrel to solidify their camaraderie and loyalty to the endeavor.

The brand now has four breweries, all of which still make sake by hand with only minimal automation. The production process and techniques are very much old style, but the sake tastes just as delicious as any other you’ll find in Kobe.

Sake has been a Japanese icon for hundreds of years, and it can be traced back to the most primitive written records. Over the centuries, producers have developed and perfected sake, much like every other alcoholic beverage popular around the world — from wine and champagne to Korean soju and Chinese Baijiu. Drinking sake is experiencing Japanese culture, which makes visiting a brewery, especially in Kobe, priceless.

By ElHeineken (Own work) [CC BY 4.0], via Wikimedia Commons