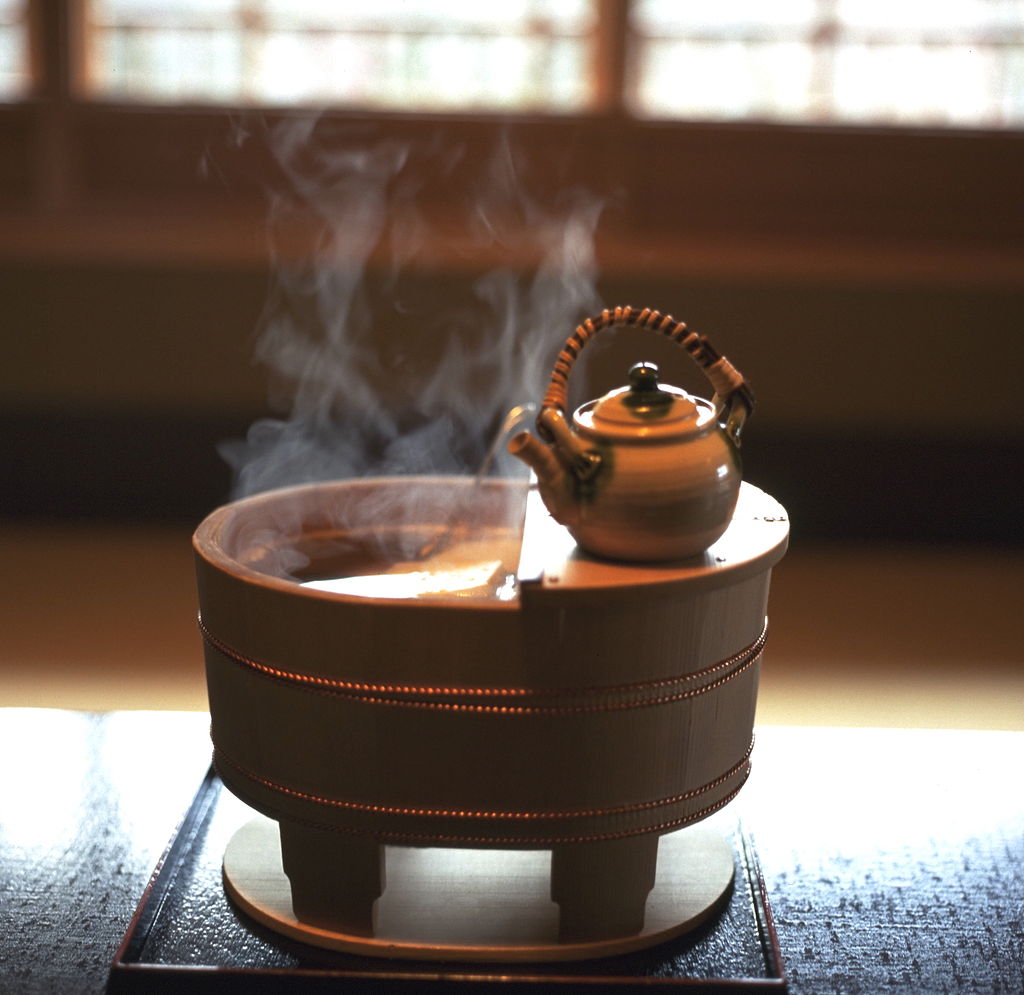 With the winter season fast approaching, it will soon be time to stock the cupboards with ingredients to make some warming meals. Japan has plenty of popular dishes for the winter season, and the Kansai region has its own take on winter cuisine. Here are a few of the most well-known meals to get you through the colder months.

One of the most popular winter dishes in Kansai is Yudofu, or boiled tofu. This is a hot-pot dish enjoyed by locals and tourists alike consisting of fresh tofu that is gently simmered in a dashi broth and then served with condiments such as soy sauce or ponzu citrus dressing as well as perhaps some sliced onions or grated wasabi. Yudofu originated in Kyoto, where the Buddhist monks would enjoy it as a source of protein. It was known locally as ‘shojin ryouri‘. Today it is served in many restaurants and cafes throughout the Kansai region and is enjoyed by both vegetarians and non-vegetarians alike.

Nikujaga is a hearty stew perfect for the cold weather months. It consists of meat, potatoes, onions and vegetables cooked in soy sauce. The dish is popular across Japan but varies in the different regions. In Kansai, the meal is made with beef whereas in Kanto in the east it is traditionally made with pork. The idea for Nikujaga came in the late 19th century when Japanese navy chefs, influenced by the cooks in the British Royal Navy, decided to create something that resembled western-style stews to keep crews warm and energized. Today, it is associated with ‘ofukuro no aji‘ (‘mom’s home cooking’) and is often served alongside a bowl of miso soup, rice and side dishes.

Another hot pot (nabe) dish, Shabu Shabu is a fairly recent creation. It originated in Osaka in the 20th century and differs from most other similar dishes due to the fact that most ingredients are dipped into the broth to cook piece by piece rather than all being submerged at once to simmer. The broth is traditionally made from hot water and kombu seaweed. Ingredients that are cooked individually include thin slices of meat (usually beef but can be others such as pork or chicken), tofu and vegetables including carrots, onions, cabbage, mushrooms and chrysanthemum leaves. Each piece is then dipped into a condiment (such as soy, ponzu or sesame sauce) before being eaten. Shabu Shabu is sometimes served with noodles or a bowl of steamed rice.

Ramen is one of the most well-known Japanese dishes that has traveled across the world. There are variations in almost all regions of Japan with each one taking the standard noodle and broth base and adding its own twist. Wakayama ramen is widely considered to be one of Japan’s best. It consists of a pork bone and soy sauce broth that has a thick, hearty consistency that both fills and warms you up in winter. The Ide Shoten restaurant in Wakayama has become a holy grail for ramen enthusiasts due to its concoctions, which are served with hard-boiled eggs and mackerel sushi.

Winter is ‘crab season’ in Japan and you can find restaurants throughout Kansai serving up a plethora of fresh crab dishes. Whether you’re a seasoned crab enthusiast or fancy trying it out for the first time, you’ll be able to tuck into the likes of snow crab hot pot, grilled crab with rice, or crab-based sashimi or tempura.

Saba is mackerel, which has long been a staple Japanese autumn and winter favorite. The fish has a distinct and strong, creamy flavor that’s not to everyone’s tastes. It can be enjoyed in a number of ways, including being pickled, braised or grilled. One favorite Kansai dish is ‘oshizushi’ (box-pressed sushi) that is made with saba that has been cured, salted and vinegared.