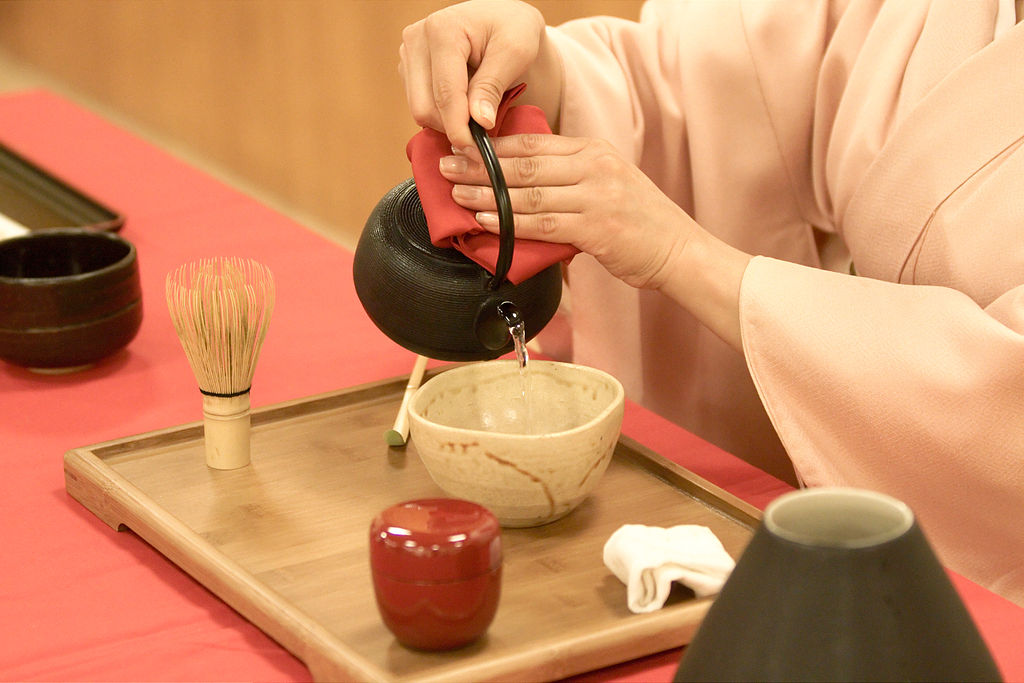 Socializing in Japan is done around drinks, both hot and cold. Hot beverages are enjoyed in both winter and summertime, brewed at home or in cafes. Here is a selection of what you can find in the Kansai region.

Japan has an influential tea culture, and it is the most popular hot beverage, more commonly consumed than coffee. Visitors to the country may be surprised by the variety of teas on offer, as well as the distinct tastes of the brews. Green tea is very popular. In the Kansai region, Uji Green Tea is a specialty. The drink originated in Kyoto, which is one of the most well-known tea-producing parts of Japan. Other green teas to look out for are the famous Japanese Matcha Tea, a frothy brew made from powdered leaves that can also be enjoyed with milk as a matcha latte, Ryokucha, which is a steamed green tea, and Genmaicha which is a green tea made with roasted brown rice.

If you’re looking for a more acquired taste, give Sakura Tea a try. Sakura Tea is a pink-hued tea made from cherry blossoms pickled in salt and plum vinegar. For the sweet tooth, there is Hojicha Tea, where the leaves are roasted to produce a caramel-like flavor.

A mention should also be given to Kombucha, which is a sugared tea fermented with yeast. Kombucha is light brown, similar to apple juice, consumed hot or cold. Some use kombucha as a source of probiotic bacteria to help with gut health, although the evidence on what the health benefits of the beverage are remain inconclusive.

Sake s a traditional Japanese alcoholic beverage consumed all across the country but closely associated with the Kansai region, particularly Nada, which produces 25% of Japan’s sake supply. Sake has been exported, although it’s still not all that common to see it served or sold in places other than Japanese restaurants abroad. It’s a fermented rice wine drink typically heated to around 45 degrees Celsius. There are different flavors and grades of sake, varying according to how much bran has been removed from the grain. Dai-ginjoshu is the highest-grade sake and is made with rice grains that retain 50% of their bran.

This ginger-based beverage is also known as ginger tea and is great as a pick-me-up if you’re feeling a bit run down or feverish. Shogacha can be made with fresh ginger and is also available in powdered form that can be purchased from supermarkets, convenience stores, and pharmacies.

Another fermented rice drink, amazake is like sake but made with low or no alcohol, so it is suitable for kids or toddlers. The drink is made by adding the koji fungus to fermented rice. This process causes the carbohydrates to break down into unrefined sugars, giving the drink its sweet taste. Amazake can also be consumed cold but is more popular as a warm drink. It’s commonly drunk on New Year’s Day in Japan and, due to its high vitamin and folic acid content, is deemed a good hangover cure. The perfect antidote if you’ve consumed too much sake the night before!

Coffee culture is growing in Japan. Although coffee is nowhere near as popular as tea in the Japanese hot drink stakes, the country was the world’s 5th largest coffee importer in 2017, and coffee shopscan be found across the country – especially in cities such as Osaka, Kyoto, and Kobe. Starbucks is the most well-established coffee chain, with over 1,400 stores across the country. Unsurprisingly, the types of coffee enjoyed by Japanese are similar to those popular with Americans – filter coffee, espresso, cappuccino, and latte being among the most commonly ordered.