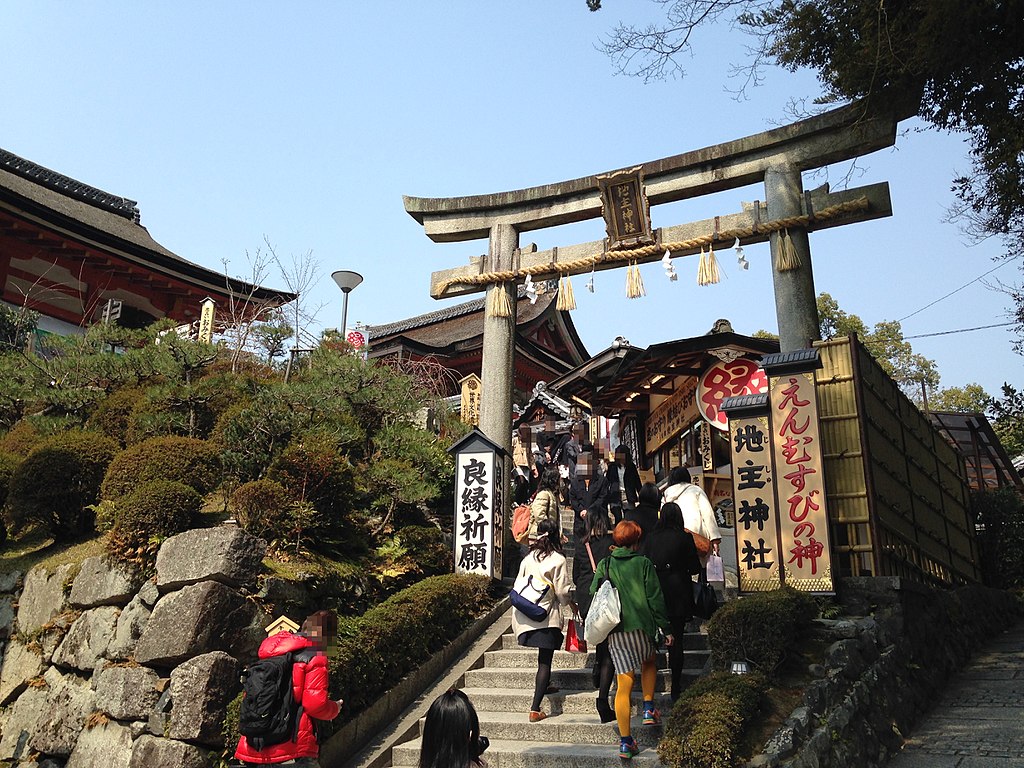 Japan is a country rich with mythology and fascinating tales. The Kansai region, with its many popular tourist areas and shrines to gods and kings, is no different. From folklore heroes to dark creatures, there are many tales associated with Kansai or have their roots in the region. Some are familiar, others not so. Here is just a short selection of Kansai legends.

Jisshu Shrine and the Fortunes of Love

Situated next to the Kiyomizu Temple in Kyoto is the fabled Jisshu Shrine that has been attracting those wanting to change their romantic fortunes for centuries. The shrine is believed to be the home to several gods of love, including Okuninushi no Mikoto who is known as a god of love, wisdom and happiness.

Visitors flock to the shrine to pray to the gods – there are different deities depending on whether you wish to find new love, pray for a long-lasting and healthy relationship or even curse a love rival by nailing a straw doll to a tree! The shrine is perhaps most famous for its two ‘love stones’ – about 10 metres apart. According to legend, if you walk between them with your eyes closed, all of your love wishes will come true.

The Tale of the Buddhist Prince

At Taisei Shogun-ji Yao in Osaka, you can see a statue of one of the most famous figures of early Japanese history, the semi-legendary Prince Shotoku. Historians debate over how much attributed to the prince is real but he is credited as one of the key figures in introducing Buddhism to the country.

Born in the 6th century BC to the 31st Emperor Yomei, Shotoku became involved in Japan’s early battles over whether to accept Buddhism. Fighting for the Soga clan accepting the religion against the Mononobe clan opposing it, legend has it that Shotoku prayed to Buddhist gods and promised to build a giant temple in victory. Instantly, the Mononobe clan leader was killed by an arrow and the Soga clan won. Prince Shotoku kept his word and the Asuka-dera Temple, Japan’s first Buddhist temple, was constructed.

Omononushi is a Shinto god believed to have resided in Mt. Miwa around 1st century BC. According to legend, he revealed himself through an imperial princess and promised to bring an end to war and chaos if he were worshipped. There are many myths associated with Omononushi, including one that he takes the form of a white snake that lives within the Omiwa Shrine at the mountain.

The Tale of Inunaki Falls

There are many legends associated with waterfalls in Japan. One of the most endearing is that of Inunaki Falls in Osaka. The name Inunaki translates as ‘dog cries’ and the story goes that in ancient times a hunter at the falls was attacked by a giant snake and was saved by his dog, who fought the snake and died for its master. Today, the falls have become a final resting place for dogs and many small tombs can be found there.

The Ghost Flame of the Bad Road

Not all Kansai legends are associated with warriors and good spirits. Some have a darker side. One of these is Akurojin-no-hi, which translates as “the fire of the god of the bad road”. This is associated with folklore in Mie Prefecture. In bad weather, a ghostly flame will appear. Those who encounter it need to run because it has the power to make those it catches very ill. So if you’re ever in Mie, beware if the storm clouds start gathering!