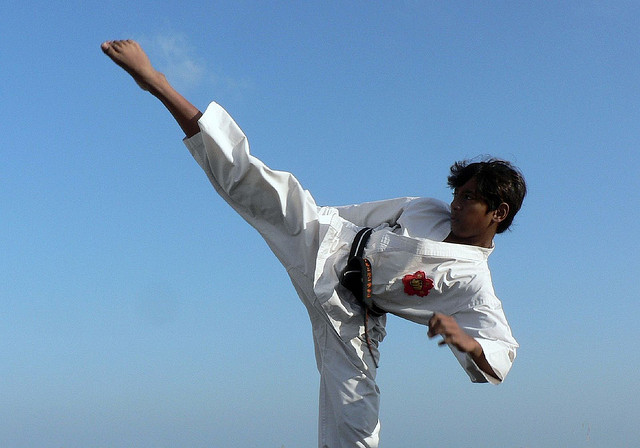 Whether you are a total beginner or a high ranking expert, there is something extremely special about learning a martial art in the nation of inception. As well as providing you with the skills necessary to progress in the sport, it also gives an invaluable insight into the background, culture and discipline of, not only the art itself, but also Japan as a whole.

Martial arts in Japan have their ancient origins in the times when the caste based society meant that only the samurai class were permitted to carry weapons, thus making knowledge of hand-to-hand combat imperative for all aspects of society. Japanese martial arts can be separated into two classes: koryū, the traditional school referring to codes such as sumo, jujutsu and the various forms of swordsmanship that were used pre-Meiji Restoration on the battlefield; and gendai budo, modern, post-Meiji sports such as karate, kendo and judo that have more emphasis on self improvement than warrior combat.

If you are interested in taking part in a martial art during your stay in Japan, there are plenty of classes you can join. The dōjōs (training schools) listed below offer at least some instruction in English.

Current karate practitioners who cannot speak Japanese are welcome, though for beginners, some basic level Japanese is required.

Information in English, Portuguese and Spanish is available, though some basic Japanese may be required.

Current karate practitioners who cannot speak Japanese are welcome, though for beginners, some basic level Japanese is required.

All level akido lessons are offered for both men and women at Seidokan Akido of Tokyo, instructed by American and fifth level black belt Chris sensei.

This judo school has an English speaking instructor. Information in English can be given on the below telephone number.

English lessons are available here for all levels of student, including children, wanting to learn this swordsnamship based martial art.

Tribe Tokyo has a wide range of Mixed Martial Arts classes including jujutsu, striking and yoga. Classes are available from children to professional levels.

Another MMA gym, Grabaka offers classes in many martial arts disciplines including judo and jujutsu for all experience levels.