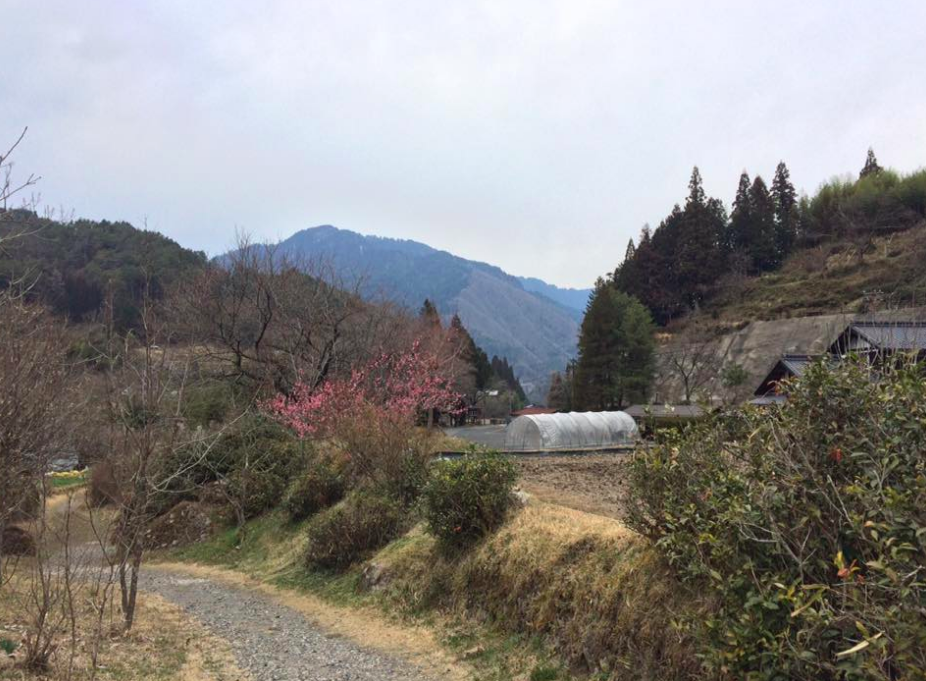 During the Edo era the Tokkaido and the Nakasendo roads were the two main routes that connected the new capital of Edo (now Tokyo) and the old Capital of Kyoto, with the latter, as the name suggests, passing through the mountainous centre of Japan and the former following the coast. While there are today more convenient ways of traveling from east to west, there are parts of these old paths that are still well maintained, and they are a great way to enjoy Japan’s beautiful countryside as you take a step back into Japan’s history.

Just 90 minutes from Nagoya, the 8km (5mi) passage between Magome and Tsumago, respectively the 43rd and 42nd stops along the Nakasendo, is one such stretch that makes for a lovely day out, pretty much no matter your fitness level. An Edo period-style building in Magome

Probably the best way to take the trail is starting in Magome and heading towards Tsumago. The reason for this is that this direction is downhill for the most part (although it may not seem like that as you begin, more of which later). The town of Magome is quaint and charming in the rural Edo period style, although it has been mostly recreated to encourage tourism, and upon arrival you are likely to find that you are far from alone. When I visited there, dozens of us got off the local bus where we met a fair few tour buses of Japanese and Chinese tourists, and I was concerned that the trail would be quite busy, but after we walked to the top of the town, we found that most of those were there just to capture photographs of the view and buy souvenirs, after which they returned to their buses. Many websites will tell you that Magome is the more attractive town (hence the proliferation of tourists), and as beautiful as it is, you cannot escape the feeling that it was rebuilt only with this tourism in mind. However, the view from the top of the town, with the mountains ahead of you as the valley falls away below is quite breathtaking. The view from the top of Magome

The walk to Tsumago

Perhaps the beauty of the walk to Tsumago, apart from its natural beauty, is its accessibility. For a start it is very well signposted, and at pretty much every twist and turn along the way you will find clearly marked directions in bth Japanese and English, so there is very little danger of getting lost. Also, it is relatively easy going. I walked the trail comfortably enough in running shoes, and I was joined by my parents, both of whom are in their 60’s, although admittedly they do a fair bit of walking back in the U.K. The first part of the trail is quite uphill and tiring, though it does afford some beautiful views. It is recommended that along with plenty of water you carry a small bell attached to your person to ward off bears, however we didn’t have one and as such made good use of the bear bells periodically stationed along the route. Ring the bell, keep the bears away

While we fortunately didn’t run into any bears, we were lucky enough to come across a tribe of monkeys hanging out in a rice field enjoying the morning sunshine which absolutely made my father’s day. If you do the same, remember to keep your distance as they can become aggressive and are known to throw stones at people that they feel are encroaching on their patch. Monkeys, that is, not my father, although…

All along the route there are many shrines, for which there are some explanations of what they are in English, and for those that are not explained, you can probably find information on in the route map that you can pick up from one of the tourist stores when you start out in Magome.

The pathway to Tsumago is, for the most part, well maintained with paving, and there are even a few toilet stops along the way. One of those, my mother was flabbergasted to find was even equipped with the Japanese washlet seat, which is not something that you have at rest stops on any U.K. equivalent walks, where your toilets tend to be bushes, if you are lucky.

As the path very occasionally crosses main roads, if you are flagging in the energy stakes or should the weather turn on you, you have the possibility to catch one of the semi-frequent buses that serve the area. But if you do so, you should try to at least get as far as the waterfalls that are about two thirds of the way along the course. While they are not as remarkable as what you will find at Yoro, they are still beautiful, and the rushing sound of the water and the sensation of the spray helps you to cool down and reenergize you for the remainder of the walk to Tsumago.

While guidebooks will have it that Magome is the place to visit, in my opinion, Tsumago is the more attractive town. As mentioned, while the former has been recreated to affect the Edo era village, Tsumago is the real deal. While it is a little more rough around the edges, it is all the more charming for it. It is well worth an hour of your time walking around the town, basking in the old-world feel of the area and going into one of the many restaurants and unwinding with some local food and a couple of beers (if you are that way inclined, and after the walk, my parents and I were very much that way inclined).

But, as a word of warning, keep a track of time, as the buses from Tsumago to Nagiso station are few and far between, and my parents and I enjoyed it so much that we overstayed and had to get a taxi back to the train station.

Mind you, it was well worth it.