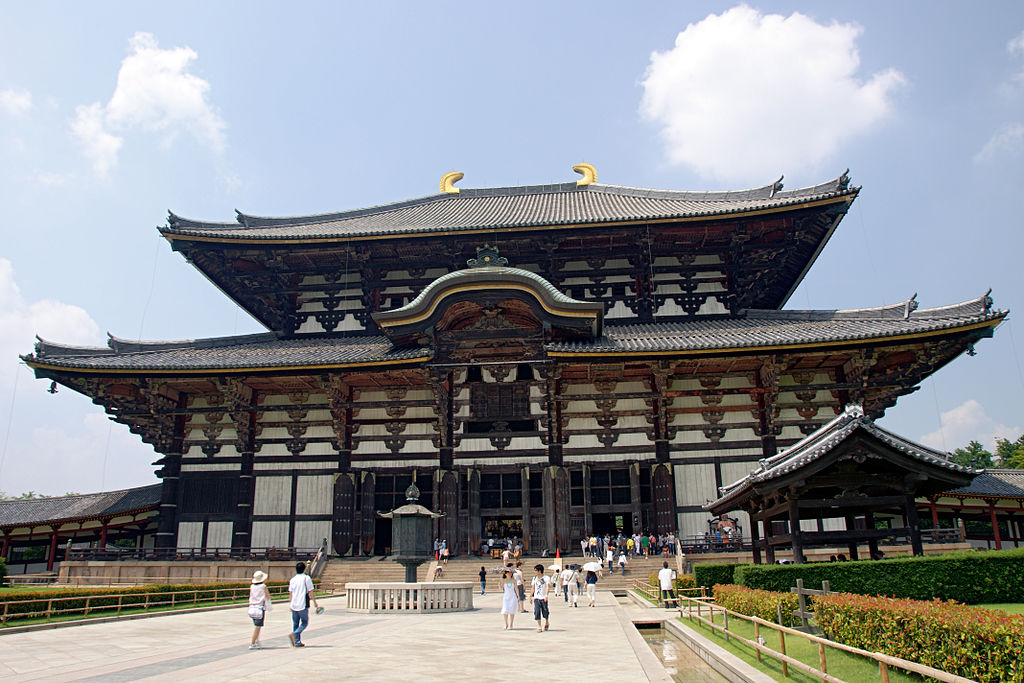 It is quite possible that you may detect some good-natured, chest-puffing sparring between the denizens of Nara and Kyoto over their respective heritage as one-time capitals of Japan. Nara was the first permanent capital of Japan but the government was uprooted after less than one century. When the capital moved to Kyoto it stayed for more than one thousand years. Primacy or longevity? Let’s examine both sides of this history smackdown.

Traditionally the capital of Japan was set up in the hometown of the emperor and when he died the ancients believed that the place of death was stricken with eternal bad karma. Hence, the capital was moved from place to place. By the eighth century, however, the government was becoming larger and more bureaucratic therefore a permanent base was required. Nara, the country’s first true urban center, got the call in 710.

The first capital was modeled after the government center in China’s Tang Dynasty. Japan was adopting many ways of Chinese life including a writing system and the Buddhist religion. Emperor Shomu was a leader who believed devoutly in the power of Buddha to protect Japan from natural disasters. In 743 he directed Buddha temples be constructed around the country.

In the capital of Nara more than 2,600,000 people were put to work building Tōdai-ji, a temple complex that would include shrines for worship, two pagodas soaring 100 meters high, and the Japanese headquarters of the Kegon school of Buddhism. Castings were also begun for what would be the world’s largest bronze statue of Buddha – about 15 meters high. The creation of the Daibutsu of Tōdai-ji used just about every scrap of bronze in Japan. The entire project nearly sunk the country’s economy but when the Great Hall officially opened in 752 there were 10,000 monks and 4,000 dancers on hand for the ceremony.

The Buddhist monasteries grew so powerful that subsequent emperors feared for the rule of the central government and in 784 the capital was moved to Nagaoka. The capital had left Nara briefly before but this time it did not return. In 794 Emperor Kammu moved the government to a new city called Heian-kyō (translated as “tranquility and peace capital”). It would eventually be named Kyoto.

Nara shriveled in national importance after the departure of the government. The Great Buddha Hall burned twice and was rebuilt each time. The current building dates to 1709 and remained the largest wooden building on the planet until it was surpassed in 1998. Tōdai-ji today houses seven Japanese national treasures and the Tōdai-ji Culture Center that opened in 2011 functions as a museum devoted to Japan’s first capital.

Kyoto was the Japanese capital until the Imperial Restoration in 1868. One thousand years is a lot of time to build shrines and palaces and Kyoto boasts 26 national treasures, more than any other city aside from Nara, which has 29 in total. The Historic Monuments of Ancient Kyoto has been listed as a UNESCO World Heritage Site.

Since the government had relocated to Tokyo by the time of World War II, Kyoto was spared much of the destruction from Allied fire-bombing. Kyoto was actually the original number one target for the dropping of the first atomic bomb but Secretary of War Henry Stimson intervened and removed it from the target list to spare the cultural treasures which he had admired on his honeymoon years earlier. The result is that the city contains the largest concentration of designated Cultural Properties in Japan, with the oldest dating back to the 10th century.

So there you have it. Age versus longevity. Does being first trump 1,000 years? There are no winners or losers in this debate – both are must-see Japan destinations.